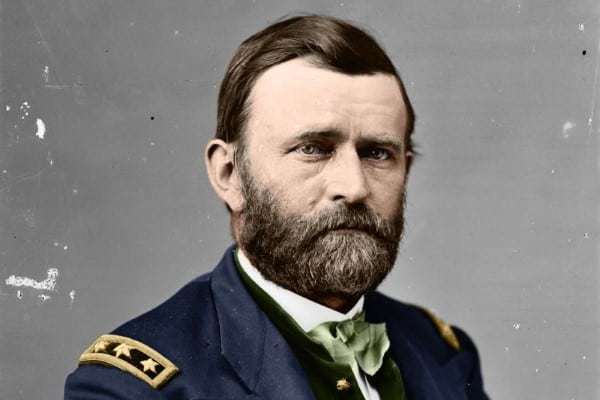 For Civil War historians, there is no historical memoir more valued than that of Ulysses S. Grant. Even more than 132 years later, the memoirs are considered some of the best writing by a former president to ever be published. That’s astounding considering we have writing and memoirs from such giants as Thomas Jefferson.

Personal Memoirs of Ulysses S. Grant was one of the most proclaimed books to come out of the post-Civil War era, and for good reason. There is a group of people who led the fight in the Civil War (from both sides) that wrote books that gave insightful and intriguing perspectives of the war. Grant’s had the added benefit of his position during the war. Robert E. Lee’s memoirs were never published in his lifetime, so Grant’s memoirs were the only written perspective from the top of either major army.

The thing is, we almost didn’t have them. Grant only finished the writing of his memoirs a month before he died from cancer in 1885, and even then it was a close call. Grant had been suffering from illness since early 1884. Moreover, the finances of the Grant family at the time necessitated something that would sustain an income after his death.

Originally, the offer for the memoirs came from The Century Magazine, a monthly illustrated periodical, which at the time was the country’s largest magazine. Grant had previously written a series of articles for them. At the time he was paid $500 per article, which if you do the math, is over $11,000. The editor of the magazine prodded Grant into writing his memoirs, which would also include some of the articles he had written.

The magazine offered Grant and his family 10 percent in royalties from the sale of the book once it was published. With the financial future of his soon-to-be widow in mind, Grant turned that offer down, in favor of an offer from his friend Mark Twain. Yes, that Mark Twain. Twain offered to publish Grant’s book and return 75% in royalties, which even today is pretty unheard of. This is contested by some historians who claim the royalty turned out to be closer to 40%. No matter the number in the end, it was high enough to net Julia Grant (Grant’s widow) around half a million dollars ($11.3 million in today’s money).

The book itself focuses primarily on Grant’s military career, as you might expect. Grant was a soldier in the Mexican-American War in the late 1840s, and became the leader of the Union Army in during the Civil War in the 1860s.

While it is an interesting factoid that Mark Twain published Grant’s memoirs, it isn’t the most important thing you should know. While it is likely that the two-volume set would have been successful no matter what, given who the author was and his popularity, Mark Twain devised a marketing plan that allowed the book to become wildly successful.

His plan utilized former veterans who canvassed the Northern states, usually dressed in their old military uniforms, selling the books. This allowed them to sell both initial printings, around 350,000 books total.

At the time of his death, and really since the end of the Civil War, Ulysses S. Grant was very popular in the North (not so much in the South, for obvious reasons). With so many former soldiers (due to the size of the Union Army), almost everyone knew someone who had fought in the war. Twain used this popularity to increase book sales. In addition, each set included a letter that appeared to be a handwritten note from the great General himself, which increased the popularity.

In the end, the memoirs were very popular at the time, and continue to be so to this day. If you really want to get into the history of the Grant family after Ulysses S. Grant’s death in 1885, you will find that it is very entertaining reading. He had several descendants who took his name, the most recent of which died in 1977 (Ulysses S Grant IV). Unsurprisingly, most of them served in the military.

The memoirs provided financially for the future of the Grant family, with Mark Twain’s help, and continue to this day to impress military historians the world over.