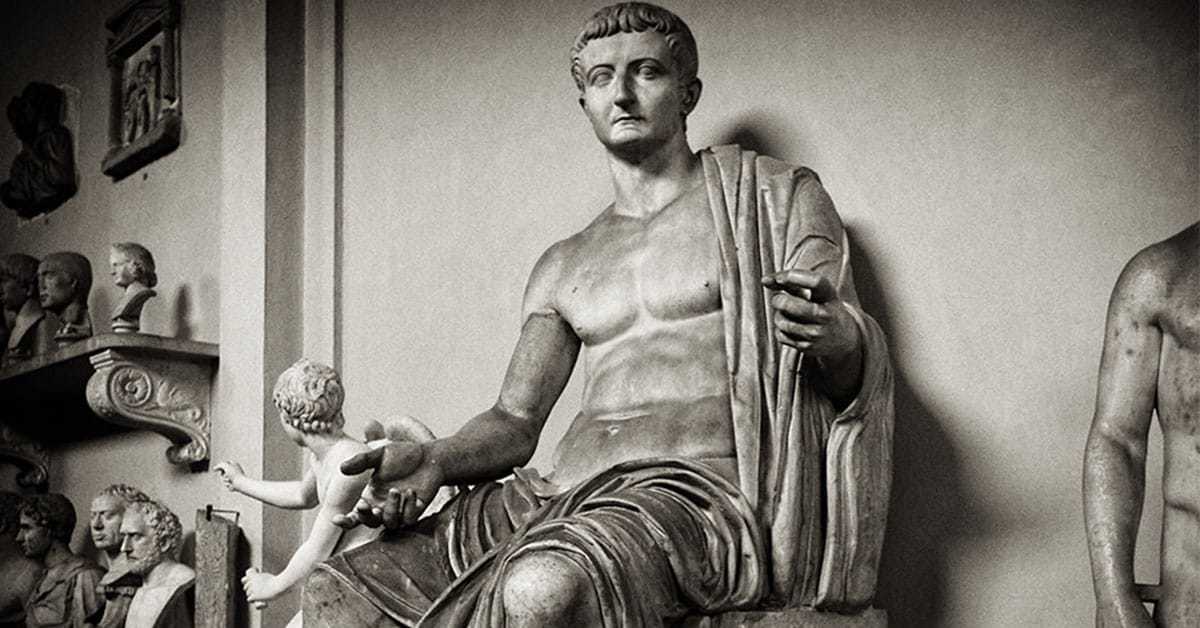 Tiberius had never shown any level of excitement about becoming the ruler of Rome. His mother, Livia, on the other hand, was ecstatic that her son had absolute power. There is a suggestion that Livia had a hand in the death of Augustus, but this notion appears to be speculative. Certainly, Livia wanted a share in the running of the Empire, and there is a possibility that she had Agrippa Postumus, the last surviving grandson of Augustus, murdered without Tiberius’ knowledge.

According to Cassius Dio, Livia was not content to share power with the Emperor; she wanted to take precedence over him because she had made him Emperor. Eventually, Tiberius grew tired of her interference and removed her from public affairs. There is even a suggestion that he exiled himself to get away from her. It is telling that when she died in 29 AD, Tiberius did not attend the funeral.

For a man that didn’t want to become emperor in the first place, Tiberius started in encouraging fashion. In his youth, he was an outstanding military commander and also enjoyed an excellent administrative career. By 6 BC, he was on the cusp of accepting command in the East and becoming the second most powerful man in Rome. However, he retired to Rhodes and only returned to Rome when summoned by Augustus.

Tiberius improved the civil services and strengthened Rome’s economy. Initially, he aimed to play a similar role to Augustus; Tiberius hoped to come across as the humble public servant who only wanted to serve the state. However, he lacked the self-confidence and prestige of his predecessor, and his orders came across as being rather vague. The result was confusion in the Senate. Add in Tiberius’ dour, introspective and melancholic character, and you had an emperor that quickly became unpopular with the Senate and the people.

In the increasingly paranoid mind of Tiberius, his adopted son Germanicus was becoming a threat. However, Germanicus silenced opponents of his adopted father and was vocal in his support of the Emperor. The young commander did an excellent job of dealing with the mutiny of Roman legions in Pannonia and Germania who rebelled after they didn’t receive bonuses promised by Augustus. Germanicus rallied the men and brought them on a short campaign into the Germanic territory. He invited them to take whatever booty they wanted during conquests.

The already popular Germanicus earned even more acclaim for these actions, and he celebrated a triumph in Rome in 17 AD; the first full triumph since Augustus’ in 29 BC. The following year, he was given control of the Empire’s territory in the East. However, he died suddenly in 19 AD from an illness. Some historians believe that Tiberius ordered the death of Germanicus via poisoning to ensure that his son Drusus could become the new heir. When Drusus died in 23 AD, Tiberius’ succession plans were thrown into chaos; the deaths of Germanicus and Drusus also changed the Emperor’s personality for the worse.

By 23 AD, Tiberius’ successors were Nero Caesar and Drusus Caesar, the two sons of Germanicus. According to Cassius Dio, Tiberius became increasingly cruel and saw enemies everywhere. He even tortured slaves to death to force them to testify against their masters. Bizarrely, he would pretend to mourn those who died at his behest while continuing to hold grudges against those who were not purged.

In 26 AD, Tiberius had enough of Rome and moved to Capri. He left the daily running of the Empire in the hands of Lucius Aelius Sejanus, the prefect of the Praetorian Guard. Sejanus was, by all accounts, a disreputable character who used every trick in the book to gain power. He reportedly had an affair with Livillia, the wife of Drusus (Tiberius’ son), and perhaps had a hand in the young man’s death since Drusus’ wife poisoned him.

While Tiberius remained in Capri, Sejanus began taking steps towards absolute power. His request to marry Livillia was denied by the Emperor, but he grew the Praetorian Guard to a formidable force of 12,000. His next move was to murder any potential rivals. His modus operandi was to claim an opponent was guilty of maiestas (treason). Sejanus eliminated Nero Caesar by ordering him to commit suicide and Drusus Caesar by starvation. By 31 AD, Sejanus was a consul and was hoping to gain the tribunician power that Drusus held in the year before he died.

As a result of Sejanus’ machinations, Gaius (Caligula), the remaining son of Germanicus, was the only heir left in the picture. Sejanus moved to get rid of him too, but it proved to be a fatal error. Tiberius’ sister-in-law, Antonia Minor, wrote to the Emperor and told him of Sejanus’s intention to kill him and Gaius. The Emperor returned from exile and summoned Sejanus to the Senate under false pretenses. Once there, he was forced to answer the allegations. He was found guilty and strangled; then his limbs were torn from his body and fed to a pack of starving dogs. Sejanus’ sons and followers were also executed, and Livillia was forced to starve to death.

Tacitus claimed that Tiberius ordered a large number of executions; a view challenged by modern historians. According to Edward Togo Salmon, only 52 people were accused of treason throughout the Emperor’s entire reign. Moreover, only half were executed, and of the four innocent men who died according to Salmon, the Senate shouldered more of the blame than Tiberius.

Whatever happened after the death of Sejanus, Tiberius’ reputation was ruined and he retreated to Capri once again; he left the Empire in the hands of the bureaucracy established by his predecessor. Caligula and Tiberius Gemellus emerged as the only viable successors, and the latter was ruled out due to his young age. There was a cursory attempt made at giving Caligula the role of quaestor and thus offer some credibility to his future role as Emperor.

News of Tiberius’ death was heard on March 16, 37 AD and Caligula, who was in the Emperor’s villa at the time, was proclaimed the new ruler of Rome. However, Tiberius was apparently still alive, and there is a suggestion that Caligula ordered the death of Tiberius to ensure he became the new Emperor. Within a few months, he had Gemellus executed and went on to become one of the most notorious emperors in Roman history.

As for what went on in Tiberius’ villa at Capri, there are rumors abound. According to Suetonius, the Emperor engaged in all manner of sexual depravity including child molestation. In reality, Suetonius’ account is probably an exaggeration of what happened. Other reports claim that Tiberius lived on Capri with a handful of people and sought the companionship of Greek intellectuals.

History Extra – What Was The Roman Empire’s Greatest Defeat? It Might Be Teutoburg Forest In AD 9

University Of Nottingham – On This Day In AD 41, The Roman Emperor Caligula Was Murdered In Rome