5 Fantastic Medieval Beasts Based on Folklore 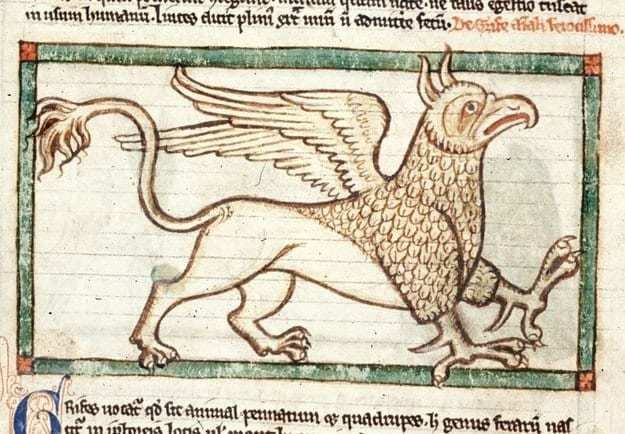 5 Fantastic Medieval Beasts Based on Folklore

The medieval Latin bestiary became a bestselling genre by the 12th century. The compilations of animals were based on folk legends, classical sources, and Christian writings. Each animal had a story to tell and offered the people of the Middle Ages a moral lesson.

The following is a list of the top 5 medieval beasts.

This lovely little creature was said to have originated in the Libyan desert, a serpent generated from the blood that dripped from Medusa’s head. Medusa had venomous snakes in place of hair and as the blood from those snakes dropped onto the ground, a serpent was spawned.

The amphisbaena has two heads and lived off a diet of ants. It has one head in the normal position and another at the end of its tail. This remarkable design allowed the amphisbaena to run in either direction.

And as Pliny the Elder commented, poison could be poured out of either mouth. The eyes of the amphisbaena shine like lamps and the serpent had no fear of the cold.

According to certain sources, eating the meat of the amphisbaena would make you irresistible to members of the opposite sex, and if that wasn’t enough, once you became irresistible, your newfound partner could wear an amphisbaena around their neck which would lead to a safe pregnancy.

Once again we have Pliny the Elder to thank for bringing this remarkable creature to the attention of medieval audiences. Descriptions of the yale vary, some suggest it is the size of a horse with the tail of an elephant, whereas other descriptions suggest it is a goat-like creature.

One feature all commentators agree on is that it has two large horns which can swivel in either direction. During a fight, one horn is pointed backwards and kept in reserve in case the front horn gets damaged.

The yale’s enemy is the basilisk, which will sting the yale between the eyes, resulting in the eyes swelling until they burst.

Yales can be found on many coats of arms, and are a popular symbol in European heraldry. The yale can be seen on the roof of St. George’s Chapel in Windsor Castle, and they also grace the gates at Christ College in Cambridge.

The basilisk, from the Greek word meaning “little king”, is a legendary reptile believed to be the king of serpents. The basilisk is often represented as a crested snake and sometimes as a rooster with a snake’s tail. As beasts go this one is quite vicious. Fire erupts from the mouth and kills anything in its path, namely birds, the hiss of the basilisk can kill humans. Its bite can cause a person to fear water, and if it looks at you the wrong way you are dead.

On the basilisk’s ability to kill with its odor, voice, and glare, Leonardo Da Vinci remarked: “It resembles a snake, but does not move by wriggling but from the centre forwards to the right. It is said that one of these, being killed with a spear by one who was on horseback, and its venom flowing on the spear, not only the man but the horse also died. It spoils the wheat and not only that which it touches but where it breathes the grass dries and the stones are split.”

This hideous creature was probably inspired by reports of cobras. The king cobra has a crown-like symbol on its head and several species of spitting cobras can use their venom to incapacitate from a distance.

As with most mythical beasts, there are several different accounts of where the griffin originated from. Some accounts suggest the griffin was born in the Hyperborean mountains, others suggest Ethiopia, and still others name the Indian desert as its dwelling place, only leaving the desert to find food. The griffin is a four-footed animal with wings, it has the body of a lion and its head and wings are believed to be from an eagle.

The mixture of two noble animals led to the suggestion that the griffin was the king of all creatures. In most accounts, the griffin is the enemy of the horse, and the power of the griffin is legendary. It was said that a griffin could and would tear a man to pieces and then feed the pieces to its young. Griffins can carry away an ox in its talons.

The griffin’s role in medieval mythology was to guard treasure and also to extract gold from the ground. Some classical folklorists believe the griffin myth developed from the fossilized remains found in the gold mines of Central Asia.

The griffin, like the yale, also became prominent in heraldry. The griffin is used to indicate military courage, strength and leadership. The combination of the lion and the eagle also denote a combination of intelligence and strength.

Along with the dragon, the unicorn is perhaps one of the most well-known medieval beasts. It graces countless coats of arms and is a symbol known around the world. As with most of the beasts mentioned in this list, reports vary about what the unicorn actually is.

One thing is certain, we don’t think it is a skinny rhinoceros. Some reports suggest it resembles a small goat, ass, or horse and has a large, pointed, spiralling horn projecting from its forehead.

Due to the speed of the unicorn, it is almost impossible to capture. The only way it can be captured is by luring it into a trap by using a virgin girl.

The unicorn sees the maiden and puts its head in her lap and falls asleep, thus making it easier for the hunters to kill it. Sometimes the girl must bare her breast and allow the unicorn to suckle, but I suppose that depends on the unicorn.