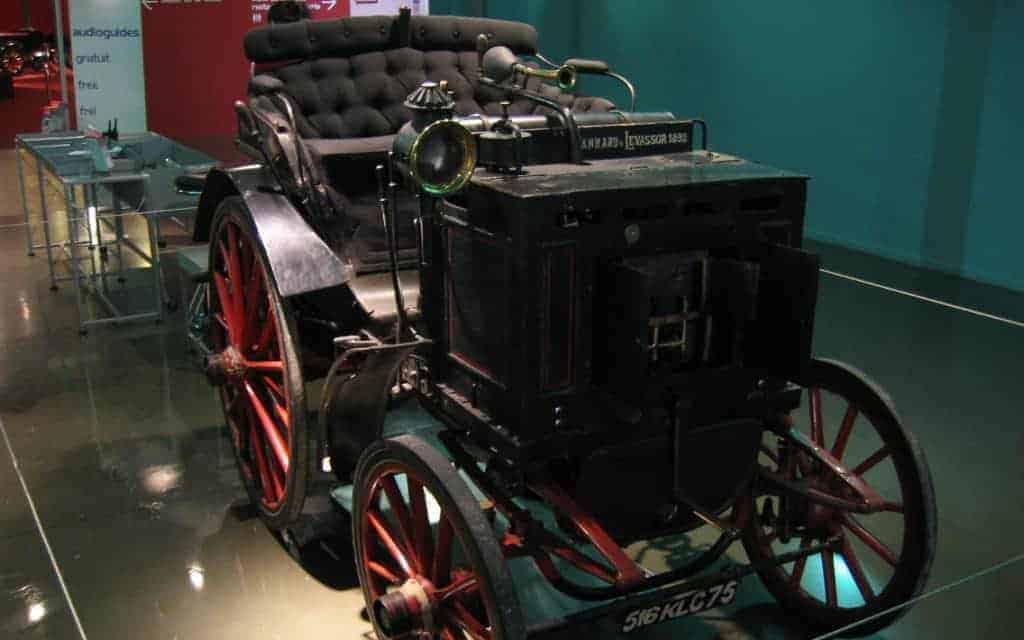 The automobile or car was first developed in Germany in the 1880s. It was a sensation and it was welcomed by some and more feared it. Some feared that it would lead to mass casualties on the roads. Not long after the car was first introduced some French people came up with the idea to race cars. People raced horses, so why not race cars!

On June 13th in 1895, the world’s first automobile race took place. The first race took place with only a handful of cars and their top speeds were only twenty kilometers per hour. The world’s first automobile race was the brainchild of two French engineers and businessmen. The people behind the first car race were two men, who had an automobile shop in Paris. Emile Levassor and Rene Panhard came up with the idea of racing their cars, as a way of promoting their business.

The two men were long-term business partners and they had been persuaded to manufacture some of the first cars in France. They managed to secure a patent from Daimler, one of the inventors of the car. Initially, the two partners had sold Daimler cars from their new automobile shop. The two men sold Daimler cars but the actual engine that they used was their own design. The Panhard-Levassor engine was considered to be superior to anything that the Germans could make.

Panhard and Levassor developed the idea of a race with a number of journalists. They wanted to advertise the new automobile and they generate popular enthusiasm for the new invention.

By 1891, Levassor had been able to build a far superior car to Daimler. He had been one of the first to recognize that the engine of the car had to be in front of the vehicle. No longer was the automobile a ‘horseless carriage’ but something like our modern automobiles. They also developed a new transmission system that was named after the two men. The two French partners were able to establish France as the leading nation in the automobile industry.

Levassor drove a car that he and his partner designed and built, it was the Panhard-Levassor, with a twin-cylinder, 750 rpm engine. Levassor easily won the race. He won the race a full eleven hours before the next car, which was a Peugeot. However, Levassor was later disqualified on a technicality and the second-placed Peugeot was declared the winner. He was not really concerned he and his partner had received a lot of publicity and had shown the superiority of their car.

The Paris-Bordeaux-Paris race established Panhard and Levassor as a major force in the automotive industry. The race-inspired the founding of the Automobile Club de France and helped to establish the automobile in France and gave a great boost to the fledgling industry. Inspired by the Paris-Bordeaux race, many people held car races and eventually they laid the foundation for Formula One racing.

Automotive News – The First Auto Race is Staged in France

The Pitch Crew Online – The Inventor, An Engine, A Love Story & The First Ever Race

Also Read: 10 Automotive Scandals That Continue To Affect The Industry