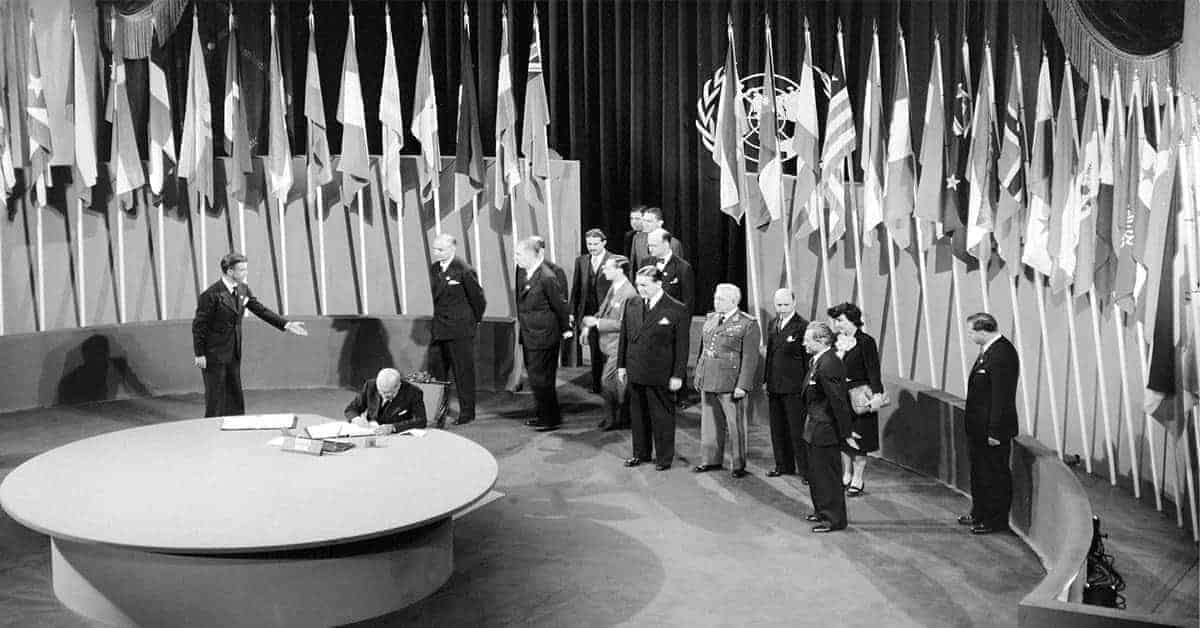 For most of its history, the United Nations has been very controversial. Some countries proclaim that it has too much power over international law, while others state that it doesn’t use what power it does have effectively enough.

The idea behind an international collective organization has been around for a very long time. In fact, if you look as far back as the Bronze age you’ll find that Kings and Pharaohs and other rulers were almost all interested in bringing the world under one banner, though usually militaristically instead of through diplomacy. In the 1400s, Francisco de Vitoria, often called the early father of International Law, suggested a collective world government that would oversee human rights and other international laws.

The first true attempt at a peaceful world congress of a sort was in 1943, when the International Peace Congress was held for the first time. However, it broke apart 10 years later after Europe and the United States both re-engaged in warfare.

In the late 19th centuries, several organizations were born that were meant to create connections between nations. The most well-known organization that was created during this early time period was the Red Cross. By the start of the first World War, there were almost 450 cross-border International organizations.

It wasn’t until the 1920s that there another attempt at a World government of sorts. This was the so-called League of Nations. It existed until 1945, but was almost entirely ineffective, and fell apart once Hitler and his allies decided they wanted to take over the World and kill anyone who wasn’t exactly like them. It was also completely ignored by the United States, despite being the brainchild of Woodrow Wilson, the President at the time.

In 1941, after the League of Nations had proven incapable of preventing another World War, the United Nations charter was first drafted. It would be debated and altered over the course of the next four years. After World War II ended, the need for an international organization was once more apparent, and the charter that had been negotiated between 51 different nations, was finalized.

On June 26, 1945 in San Francisco, the United Nations charter was singed by 50 of the 51 founding nations (Poland wouldn’t sign for another two months).

Unlike the League of Nations, the United Nations has been at least somewhat successful, if only for the fact that it has been recognized by almost the entire world as having at least some oversight over international law.

The objectives of the United Nations, as given by that original charter, are to maintain international peace, promote human rights, create a peaceful environment that fosters social and economic international development, spread equality, and provide humanitarian aide.

Despite all that, there have been many criticisms of the United Nations. It may very well be a good idea, but the organization itself has been very ineffective at times in actually carrying out the objectives written down on its charter. War has been almost constant since the end of the second World War, and there have been several government-sponsored mass killings (i.e. genocides) that have gone almost entirely unanswered by the UN. Most often, the biggest debate at the UN during times of one of the massacres is whether or not to call the massacre a genocide or not. Human rights activists often criticise the UN for being completely ineffective when the world really needs it.

In the end, however, the UN still exists. And criticisms aside, it has often provided a method for countries to diplomatically solve problems that might have otherwise led to violent conflict.