Today in History: Serial Killer Begins His Reign of Terror in Maryland (1957) 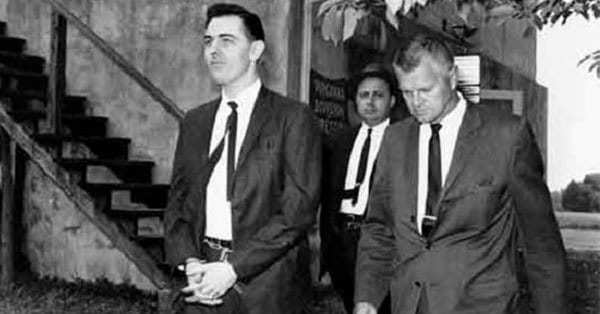 Today in History: Serial Killer Begins His Reign of Terror in Maryland (1957)

Melvin Rees is but one of the many serial killers that made headlines in the 20th century. Rees terrorized Maryland and Virginia for two years before finally being arrested in 1960.

His crime spree was first reported with the murder of Margaret Harold on June 26, 1957. She and her boyfriend were out driving near Annapolis, Maryland, when a man (later identified as Rees) cut them off with his own vehicle, forcing them to pull to the side of the road. He then pulled a gun and ordered them to roll down the car window, which they refused to do. After they refused to give him cigarettes and money, he shot Margaret Harold in the face. Her boy friend managed to escape and hunt for help.

When the police got to the crime scene, they found that Harold’s corpse had been striped of her clothing, and sexually assaulted. The police discovered an abandoned building a few miles away, where they found a collection of violent pornographic pictures, and images of female corpses.

The case of Margaret Harold went cold for two years after that. The only leads the police had were a yearbook photo of a woman named Wanda Tipton, but Tipton had no recollection of anyone who matched the description given by Harold’s boyfriend.

On January 11, 1959, Carroll Jackson, his wife and his two infant daughters disappeared after visiting family near Apple Grove, Maryland. Two months later, Carroll Jackson’s body was found in a ditch. His body had been thrown into the ditch on top of his eighteen-month-old daughter, who suffocated under his body. Almost a month after that (March 21), the bodies of his wife (Mildred) and his other daughter (Susan) were found in a forest outside of Annapolis. Both showed signs of extreme torture and rape.

It was during the investigation into the disappearance and murder of the Jackson family, that police became suspicious of Melvin Rees. Around the time the Jackson family disappeared, another couple came forward stating that they’d had a frightening experience with a dark-haired man around the same time. The police also discovered evidence relating to the disappearance of the Jackson family in the same abandoned building that had been searched after the killing of Margaret Harold. It was this that led the police to conclude that they were looking for the same dark-haired man who had been described by Harold’s boyfriend.

Most of the leads the police received after the bodies of the Jackson family were found were useless (including ‘help’ from a self-proclaimed psychic). It wasn’t until an anonymous letter arrived telling police to look into Melvin Rees. The source of the letter was later revealed to be Glenn Moser, who’d had a conversation with Rees where Rees said that he was looking forward to committing murder.

Moser came forward in 1960 to help the police locate Rees, who had fled the area in late 1959. They arrested Rees in early 1960. Upon searching his home, they found a written description of the murder and sexual assault of Mildred and Susan Jackson. He was later found guilty of the murder of Margaret Harold. He was also later convicted of the murder of the Jackson family. Police suspected at the time that Rees had murdered several other women in the same fashion, though they had no evidence. Rees died in prison in 1995.