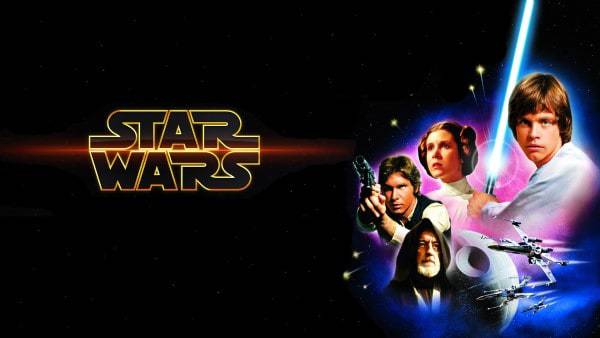 In a galaxy far, far away… Those words will forever be immortalized by the release of the first Star Wars film on this day in 1977. The iconic scrolling text at the beginning of Star Wars Episode IV: A New Hope is something that even non-Star Wars fans recognize. The characters of Star Wars have themselves become iconic around the world.

The first Star Wars film is one of the most highly acclaimed films of all time, and has been since it was released. It, at the time, was the highest grossing film of all time, bringing in around $775 million worldwide. The film was nominated for ten Academy Awards, including the coveted Best Picture, of which it won seven. And finally, its soundtrack (written and conducted by the genius John Williams) is one of the most recognizable in all of history.

The public reception of the extraordinary. Perhaps because of the intense marketing for the film prior to its release, the anticipatory atmosphere around the release date was incredible. People camped out in front of theaters, bought ridiculously expensive tickets to be first in line, and bought merchandise to show their approval of the film once they watched it. The response was so good, that the hype surrounding the two sequels that came out in the 1980s was astronomical.

From the critics, the film was almost universally well liked. Roger Ebert was one of the most well known film critics of all time. He had this to say: “What makes the Star Wars experience unique, though, is that it happens on such an innocent and often funny level. It’s usually violence that draws me so deeply into a movie — violence ranging from the psychological torment of a Bergman character to the mindless crunch of a shark’s jaws. Maybe movies that scare us find the most direct route to our imaginations. But there’s hardly any violence at all in Star Wars (and even then it’s presented as essentially bloodless swashbuckling). Instead, there’s entertainment so direct and simple that all of the complications of the modern movie seem to vaporize.”

The legacy of the film remains strong. Even now, after three sequels, three prequels, and a ton of extraneous content, the original Star Wars movie is seen as one of the best films ever created. Usually as special effects get better, and audiences get younger, older films fade into oblivion. Such happened with 2001: A Space Odyssey, which was highly thought of for decades. Star Wars hasn’t faced that problems, even younger audiences love the film. The site Rotten Tomatoes has the rating of the film at 93% fresh, one of the highest ratings for a film that is now 40 years old.

With the purchase of LucasFilm by Disney, the Star Wars franchise is likely to continue for many years to come. It has become a multi-billion dollar enterprise, and has engendered the love and following of millions around the world. It is unlikely that the hype surrounding Star Wars will go away anytime soon.