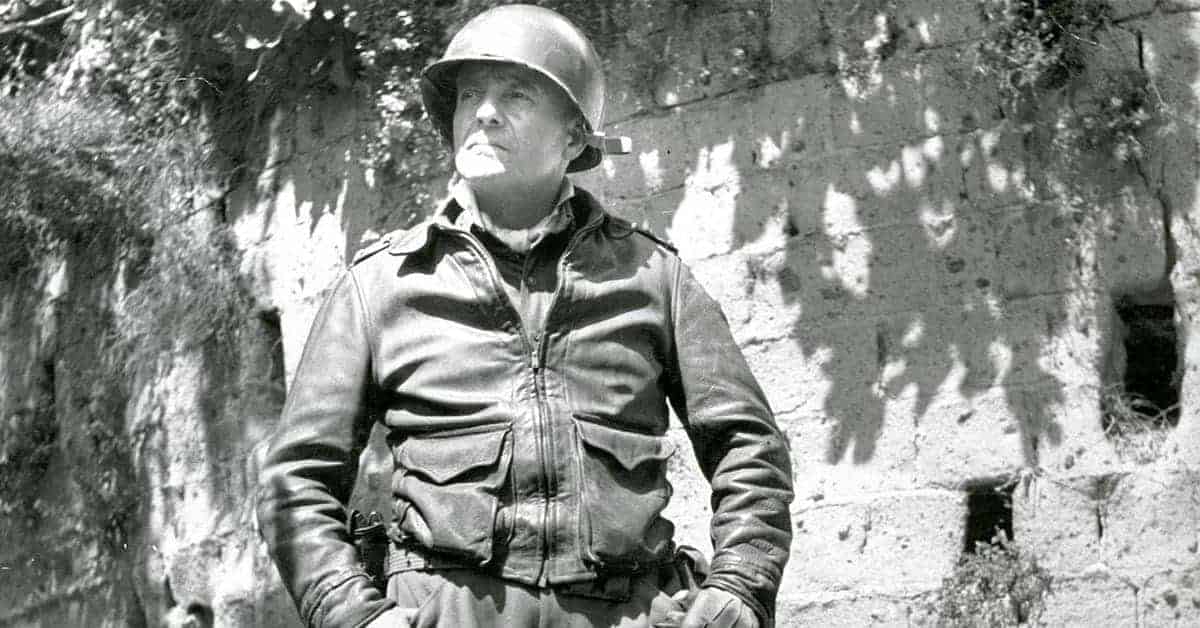 Lucian King Truscott, Jr. was born in Texas in 1895. When he was 16-years-old, he lied and said that he was 18 so that he could attend the summer term of the state normal school in Norman, Oklahoma. He got his certification and worked as a teacher until the United States entered World War I in 1917, prompting Truscott to join the army. When he joined the army, he lied again, telling them that he was a high school graduate and had completed a year of college so that he could enter into officer training.

When he left officer training he was given the rank of second lieutenant of the cavalry. Throughout the first world war he stayed in the United States and patrolled the border with Mexico. He never saw combat during the war and he thought it would hamper his military career but he stayed with army anyway serving in a number of different cavalry and staff assignments over the years.

He had reached the rank of Colonel when the United States entered into World War II. He never saw himself as a General because he had no combat experience and he had not attended West Point, two key factors in rising through the ranks. But as it turned out all it would take would be a love of Polo that would put Truscott on the road to being a decorated General.

In the early days of 1942 he was sent to Europe with other officers in order to get combat experience. He was sent to work with British Commando units. Truscott wondered why he would be chosen to learn about specializing in amphibious operations when he was a member of the cavalry with no combat experience. But as it turned out his reputation as one of the army’s foremost practitioners of Polo was what led him to being handpicked for the mission.

Eisenhower briefed Truscott on working with Lord Louis Mountbatten of the Combined Operations Command, telling him that Lord Louis had written a book on Polo. Eisenhower hoped that this would be a starting point for the two men and that they would be able to quickly form a relationship. Truscott was tasked with bridging the gap between the two commands, a task that led to him rising through the ranks faster than he ever imagined.

On June 19, 1942 he was promoted to the rank of one-star brigadier general. In August of 1942 he was the primary U.S. observer on the Dieppe Raid which was considered to be the first action by U.S. troops against the Germans during World War II. The failure of the Dieppe Raid was a learning experience for Truscott. He took what he learned and applied it to the American amphibious landings at Operation Torch. The landings were successful but Truscott was not satisfied, he thought there was not enough coordination in command during the landing.

His success earned him his second star in November 1942 and Eisenhower would then appoint him as a deputy commander. He took his new position and the lives of the men entrusted to his care very seriously and did everything he could to ensure that the loss of life would be minimal. In 1943 he was put in command of the 3rd Infantry Division.

The 3rd Infantry Division was preparing for the Allied invasion of Sicily. The planned invasion was called Operation Husky and Truscott knew that the American soldiers were nowhere near as good as their enemies. To remedy that he ran them to the ground in training. He was only 48, and one of the youngest division commanders in the U.S. Army but he quickly became known as one of the toughest as he brought the 3rd Infantry Division up to a very high standard.

While the men may have complained, Truscott had a very simple philosophy. He believed that an ounce of blood spilled during training would prevent a gallon of blood from being spilled on the battlefield. The training paid off in July of 1943 when the American landing at Sicily was a success. His division was able to cover great distances of the mountainous terrain at a very high speed. The 3rd Infantry division was able to move at 4 miles per hour over the rough terrain which was much faster than the standard of 2.5 miles per hour.

The marching pace of the 3rd Infantry Division became known as the “Truscott Trot” and it was modeled after the movements of the Roman Legions. The division quickly got a reputation for being the best-trained and the best-led division in the Seventh Army. Truscott himself gained a reputation for being one of the most reliable generals in the army caring not for the glory of war but rather doing what it took to win while limiting the loss of life.

It was perhaps his actions toward the end of the war and after the war that proved just how remarkable a man Truscott really was and led to him becoming a four-star general.

In January of 1944, Truscott’s 3rd Infantry Division assaulted Anzio as part of the U.S. VI Corps. The operation was the brainchild of Winston Churchill and was meant to outflank the Germans and force them to withdraw from their Winter Line defenses. However, Major General John P. Lucas, the commander of the VI Corps refused to push inland as planned which forced Truscott’s division to engage in a bitter battle with the Germans and suffer heavy losses.

With leaders concerned over the situation, Truscott was given Lucas’ command on February 17, 1944 with the hopes that the reliable and trusted general could turn things around. Lieutenant General Mark W. Clark commander of the U.S. Fifth Army, would write in his memoirs that he put Truscott in command of the VI Corps because he was the most outstanding division commander available in the Anzio bridgehead. “A quiet, competent, and courageous officer with great battle experience through North Africa, Sicily, and Italy, he inspired confidence in all with whom he came in contact.”

Truscott proved to be a good choice as he led his men up the Italian boot and helping in the final Battle of Monte Cassino and the capture of Rome. It was after this capture that his command was withdrawn in order to prepare for Operation Dragoon, the amphibious assault at the south of France. The landing took place on August 15, 1944 and faced little opposition as German Nineteenth Army retreated.

On September 2, 1944, Truscott earned his third star and the following month he was made commander of the Fifteenth Army. This command was largely an administrative and training one, and it did not last long as Truscott was given yet another promotion in December when he was made commander of the U.S. Fifth Army. He was able to lead his men through the rough winter of 1944-1945 and then push them through the Spring 1945 offensive. It was that spring offensive that led to the final destruction of German forces in Italy.

On Memorial Day, 1945 he was asked to give a speech at the American cemetery in Sicily-Rome. In an act that showed his true character he turned away from those gathered at the ceremony and instead faced the graves of the men. He apologized to the men and said that he knew as their leader he was partially to blame for their deaths. He said he hoped those who had died by any mistake of his own would forgive him but admitted he was asking a lot. He did not speak about the glorious dead because he saw little glory in dying so young.

He took over command of the Third Army from Patton on October 8, 1945 and held the command until April of 1946. He left the army after the war and began work on his book Command Missions which was published in 1954. He also wrote The Twilight of the U.S. Cavalry which was published after his death. After his retirement, he was awarded a fourth star due to his actions during the war.

It was only long after his death that it became known that he worked for the CIA from 1951 until 1958. None of his papers nor his books mention his CIA activities but the declassification of a secret memorandum brought Truscott’s service to light in 1994. He was assigned as senior CIA representative in Germany and in charge of the cloak-and-dagger operations in the country.

Truscott died on September 12, 1965 at the age of 70. He is remembered as one of the most skilled, intelligent, and dedicated generals of World War II.