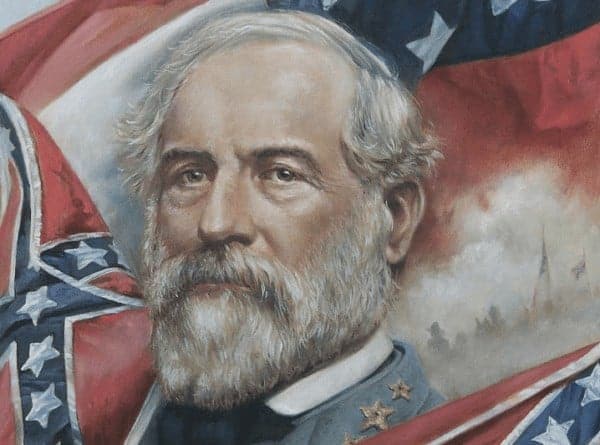 There is no doubt that Robert E Lee is one of the most brilliant military commanders in the history of America, maybe even the world. Despite the outcome of the Civil War, Lee led the Confederacy, who had severe disadvantages in economy and manpower, with amazing skill and determination. He led those troops into a war that, based on numbers alone, they had little chance to win, and allowed them to put up a valiant fight for almost five years.

What most people don’t think about is that Robert E. Lee had a military career before the Confederate States of America existed. In fact, he served in the United States Army from 1829 to 1861. On April 20, 1861, he resigned his commission in the US Army when the state of Virginia seceded from the union.

Lee was opposed to the idea of the war in the first place. He opposed the secession of the southern states, and thought that there should be a diplomatic approach to the situation. Even after fighting the war on the losing side, he fully supported the efforts of the nation to rebuild, even supporting the ideals that he fought so hard against.

What it came down to, and we know this from his writing, is that he was a loyal Virginian. And in the end, he was more connected to his home state than he was to the United States. He wrote a friend shortly after his resignation and said, “but for the struggle it has cost me to separate myself from a service to which I have devoted the best years of my life and all the ability I possess…Save in the defense of my native State, I never desire again to draw my sword.”

By 1862, Lee had a major role in the Confederate Army, and would have the role of Major General throughout the war. He wouldn’t technically take the role of General in Chief until January 1865, but it is clear from historical records that he played a major role in some of the most famous Confederate wins and losses during the war. There is a reason why Grant was focused on the Virginian Army, and a reason why it was Lee who was the man to surrender to the Union in April 1865.