Today In History: 96 Christians Were Massacred By American Militia during the Revolutionary War (1782) 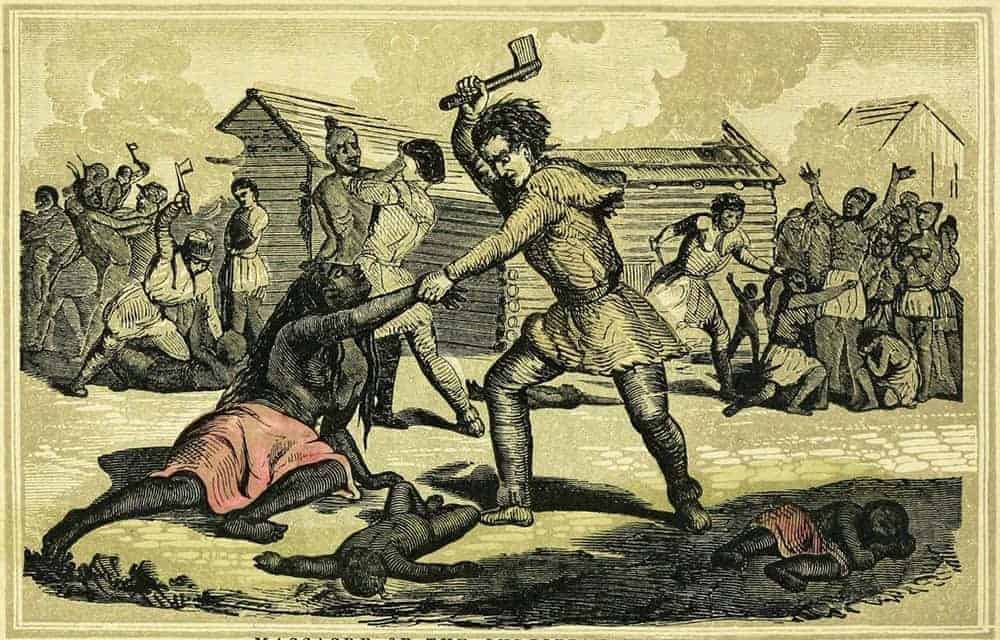 Today In History: 96 Christians Were Massacred By American Militia during the Revolutionary War (1782)

On this day in 1782, during the Revolutionary War, 96 Christians were massacred by colonial American militiamen in the village of Gnadenhutten, Ohio. The incident was precipitated when the Delaware Indian tribes (made from Munsee, Unami, and Lenape people) were unable to agree on which side of the American Revolution they wanted to fight.

The Munsee and Unami were originally from different areas, the Munsee from the Hudson River Valley and the Umami were from the Delaware River regions. The Lenape continued to creep west as their land became encroached upon by colonial settlers and Iroquois tribes. They finally settled in Ohio around the Muskingum River. All this predated the outbreak of the Revolutionary War.

Others converted to Christianity and moved into mission villages not far away. Those who sided with the Americans were offered a treaty. The Treaty of Fort Pitt was signed by the tribe leaders along with the Americans in 1778. Through it, the tribe’s chief, White Eyes, sought to make their area reserved exclusively for Native Americans.

Before the treaty made it to Congress, White Eyes died of smallpox. Hopes for the treaty vanished, the tribes did not pursue its ratification, and the situation was all but forgotten until the man who had been appointed colonial diplomat to the Native Americans wrote to Congress. In his letter, George Morgan stated unequivocally that White Eyes was murdered by American militiamen. The accusation was believable enough that Congress sent in a colonel to investigate, and to explain that the militia needed to refrain from bothering the peaceful tribes.

Tensions over which side the tribes had chosen to give their loyalties to increased. Those with ties to the British forced the Lenape, who had converted to Christianity, from their missions. The Lenape were made to live in Captive Town, where they were given insufficient nourishment and were going hungry. By spring, they returned to their village to salvage what they could from their food stocks.

On March 8, 1782, Pennsylvania militia appeared on the scene and accused those in the mission of conducting raids into their territory. They then set up two killing houses. One for men, one for women and children. The militia tied their bodies, scalped their heads, smashed their heads with mallets. The bloodbath ended in the deaths of 96 people. Two young boys survived being scalped. The dead bodies and villages were burned by the militia.