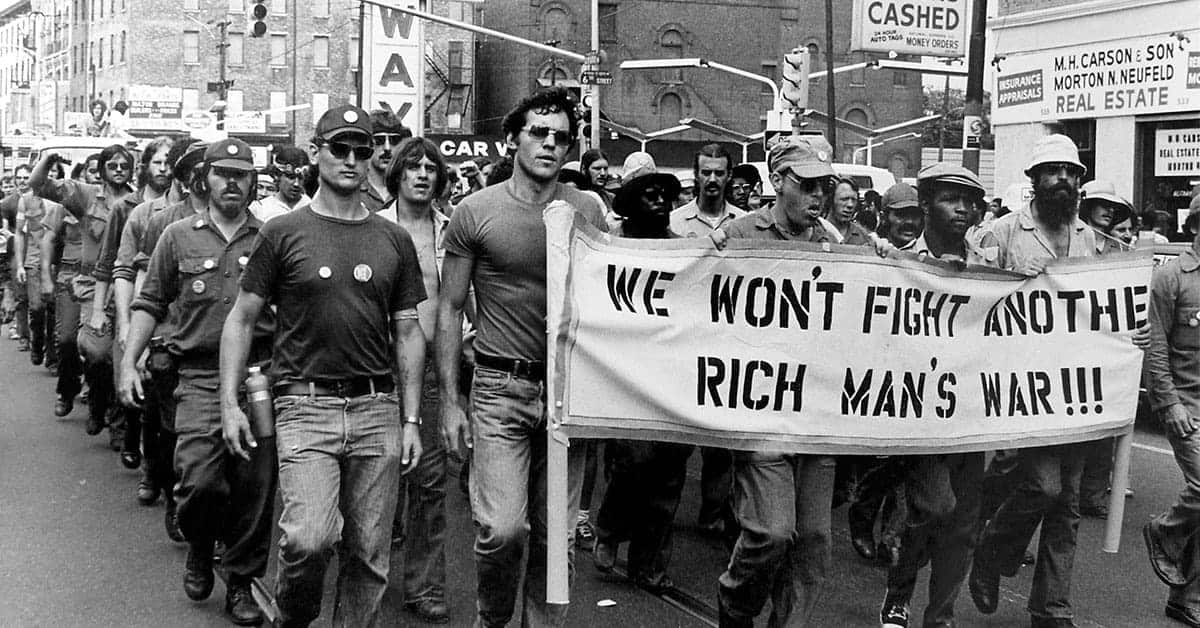 The Vietnam War became very unpopular very quickly, and there were a lot of reasons for that. The protests for the war started in 1965 when the US truly started getting involved in the actual fighting. It started small on college campuses, where leftist intellectuals questioned the real motivations for the United States’ entry into the war.

Through the next three years or so, the protests spread across the nation as more and more people realized that the war was going nowhere. By 1967, the number of US troops in Vietnam had reached 500,000 and almost 16,000 people had been killed. Without any significant progress in a war that had been going on for almost a decade by that point, many in the US saw no end game or exit strategy for the US’s removal from Vietnam.

The motivations behind the United States’ entry into the war is something that had often been questioned after the Vietnamese supposedly attacked two US Destroyers in the Gulf of Tonkin in August of 1964. The questions surrounding those motivations were increased with the release of The Pentagon Papers in the New York Times starting on June 13, 1971. So what are the Pentagon Papers?

The report stated that the actual reasons behind the war in Vietnam was to contain China, not to liberate a repressed South Vietnam as had been said many times by those in the Johnson administration (and reiterated by the Nixon administration).

The papers also stated that the United States’ involvement had been going on for much longer than the public thought it had. Publicly before 1964, the US’s only involvement was the use of Military Advisors, but the Pentagon Papers stated that in fact the US had been performing covert military operations there before the Gulf of Tonkin incident.

This was a huge revelation, because it was the Gulf of Tonkin incident that was the entire rationale behind the United States sending actual troops to fight in the war.

There were other parts of the report as well, such as the fact that the United States intentionally broadened the scope of the war into Laos and Cambodia. This was part of their strategy to contain China on one front.

The aftermath of the publication of the Pentagon Papers was an embarrassment of four Presidential administrations (Truman, Eisenhower, Kennedy and Johnson), all of which had misled the public about the US’s intentions in South Asia.

Even during political campaigns there were outright lies being told. In the 1964 Election, Lyndon Johnson said that he did not want to bomb Vietnam (he, in fact, claimed that it was Barry Goldwater, his opponent, who wanted to bomb Vietnam). The entire situation made it much harder for Americans to support the Government or America’s involvement in the Vietnam war.