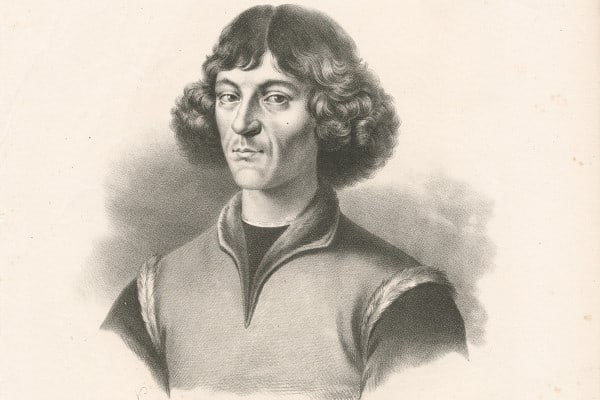 Galileo gets a lot of the credit for publicizing the fact that the Earth revolves around the sun and not the other way around. A lot of the reason why he gets so much press about that ‘discovery’ is because of his persecution by the Catholic Church. The theory of Heliocentrism was around for well over a decade before Galileo was even born.

Nicolaus Copernicus was a Polish astronomer and mathematician amongst many other things. According to history, he was the first to publicly come out with evidence that the Sun was the center of the universe. Up until that point, it had been widely believed that the Earth was the center of the universe and every other star revolved around our planet.

And while Copernicus gets the credit for publicizing the theory of Heliocentrism, he wasn’t the first to posit such a theory. In fact, as early as the 3rd Century BCE, the theory had been posited by Aristarchus of Samos. What was different about Copernicus was that he provided mathematical evidence that Heliocentrism was scientific fact.

Copernicus published his theory in the book De Revolutionibus in 1543. It was only published a few months before he died on May 24, 1543. The problem with Heliocentrism isn’t that it was unbelievable so much as the Catholic Church was in denial about the whole thing. It wasn’t until 1822 when the Catholic Church finally agreed to the idea that the Earth is not the center of the universe.

In 1616, after several publications by Galileo agreeing with Copernicus based on observations with his newly invented telescope, the Church banned what it termed “Copernicanism” The committee that decided on the matter wrote: “foolish and absurd in philosophy, and formally heretical since it explicitly contradicts in many places the sense of Holy Scripture.”

By this time, Copernicus had been dead for over seventy years. If it hadn’t been for the forward that was placed on his work, it is almost undeniable that he would have faced the same criticism from the Church that Galileo faced in 1616.

By the time of Galileo, Copernicus was seen as the father of Heliocentrism so much that it was named after him. It was his model of the universe that helped propel the theory beyond simple ideas on paper. The debate between the Church and scientists would not curtail scientific advancement in this area, as men like Kepler would continue to build on the works of Copernicus. By the 1700s, Heliocentrism was accepted in much of the world, regardless of the wants of the Catholic Church.

Copernicus is a name that the scientific community will never forget. His works are some of the first in the scientific revolution that would take place between his death and the late 1700s. Men like Galileo, Kepler, and Issac Newton would all build off his work, which would prove true no matter what the Church might have continued to claim well into the 19th century.