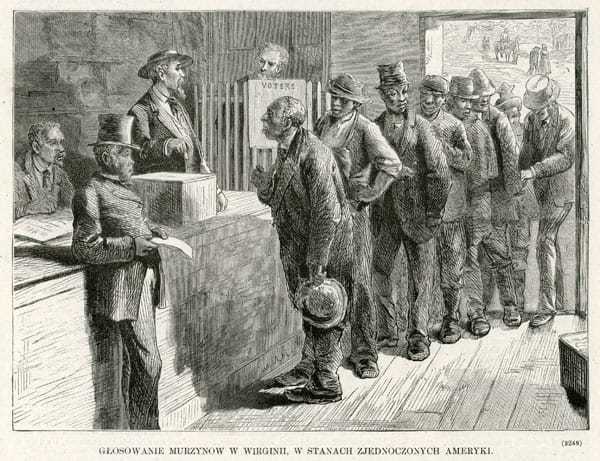 If history is a journey between our time and that of our ancestors, then it has been at times been a very rough journey. That is readily apparent when you look at the fights that many people had to win in order to have the right to vote. In America, the first step of that very long journey happened on this day in 1870 when the 15th Amendment made it legal for African-Americans (men only of course), most notably former slaves, to vote.

If it had been totally successful, the 15th Amendment would have allowed all African-American men to vote, however that didn’t happen. Even as late as 1960, people of color were still overcoming obstacles that had been put in place to prevent them from exercising their democratic rights.

In truth, the 15th Amendment was just the first small step that allowed for anyone who wasn’t a white male to vote. For the next 100 years or so, there would be a huge number of regulations and court decisions that would reinforce the 15th Amendment, and later the 19th Amendment.

Even as soon as May 1870, just a month and half after the ratification of the 15th Amendment, Congress was already passing laws that they hoped would allow more African-American men to vote without intimidation from white voters.

The Supreme Court itself would rule on this topic many times in the next 100 years, not always coming down on the side of black suffrage. It wasn’t until the mid-1960s that African-Americans had a truly free path to the polls, and even that is a controversial statement, as to this day politics and gerrymandering are claimed to still disenfranchise some black voters.

In the end, the 15th Amendment was just the beginning of a 100-year (or longer) struggle for voting rights for African-Americans.