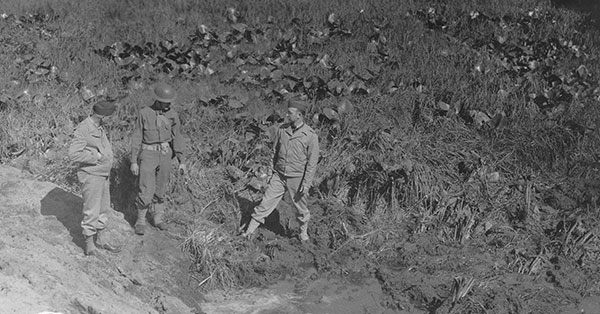 December 7, 1941 is a date that every American knows. It was the day the Japanese bombed the naval base at Pearl Harbor. It was the final, but devastating, push the United States needed to truly enter World War II. Prior to that attack, the US Government was staunchly on the side of non-engagement; there only contribution to the war effort being economic to that point.

The attack by the Japanese changed everything, as the US could never let an attack like that go unanswered. Within just a few days, the United States had transitioned from a supporting role in the war to full-on engagement with boots on the ground, and planes in the air. By the time a year had passed, the US war effort was fully in force, and the US was participating on both fronts of the war.

One of the things we don’t hear about very often, however, are the attacks by the Germans and the Japanese on US soil after Pearl harbor, of which there were several.

The first Japanese attacks occurred in June of 1942, on the military base in Dutch Harbor, Unalaska, Alaska. 78 Americans were killed in the air raids that were launched from two light carriers by the Japanese.

On June 21st, 1942, a Japanese sub attacked Fort Stevens in Oregon on the United States west coast. It was the only attack on a United States military compound on the mainland during World War II. It wasn’t a huge attack, as the only officially stated damage was to a baseball diamond, but there was some other infrastructure damage that was considered minor. The base was not allowed to fire back on the sub as the command of Fort Stevens feared that doing so would give away too much strategic information to the Japanese regarding location of the fort’s guns.

Other attack by the Japanese on the US mainland happened in September 1942 when the Japanese attempted to start a forest fire by dropping incendiary bombs on a forest outside Mount Emily, in Oregon.

The Japanese also launched around 9,000 “fire balloons” which were meant to float across the Pacific ocean and land in North America, where Japan hoped that they would start forest fires and cause real damage. Only 300 ever reached the US, and according to official reports, there was no significant damage caused by the balloons.

From the Germans, the US saw several close encounters on the East Coast. Off shore, the Germans managed to sink 3.1 million tons of US ships and goods over the course of the war, a quarter of all the US Sinkings in World War II. This was done with the use of long-range U-Boats by the Germans.

Several attacks on ships happened within direct sight of American cities, including New York and Boston. There were also several attacks between 1942 and 1943 in the Gulf of Mexico, as the Germans shifted their attentions there after the US finally instituted convoys for ships leaving American off the East Coast.

Finally, there were several infiltrations of German spies in both the US and Canada. In addition, several U-Boats made it through the St. Lawrence river, leading to the battle of the St. Lawrence that lasted almost two years.