Today In History: Italy Declared War on Britain and France (1940) 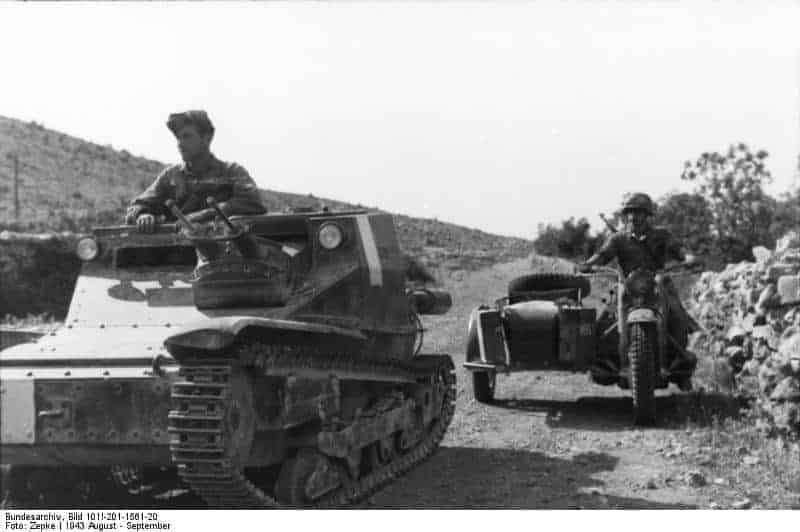 Today In History: Italy Declared War on Britain and France (1940)

Since the early 1920’s Italy had been controlled by Mussolini and his Fascist Party. He and his party had established a totalitarian one party state in the country. In the 1930s, Mussolini wanted to create a great empire for himself and Italy and he wanted to emulate the Roman Empire.

In the 1930’s, he involved the Italian army in several campaigns abroad. He sent a large force of troops to Spain during the Civil War. He had also invaded and conquered Ethiopia. Mussolini was a firm ally of Hitler. The leader of Germany had been a long time admirer of the Italian and had modelled his Nazi Party on the ItalIan Fascist Party. The two men had met in the 1930s and had become not only allies but good friends.

In 1939, German invaded Poland. This led Britain and France to declare war on Germany. The Nazi war machine had been able to defeat the Polish army in a month. After the conquest of Poland Hitler made plans to invade France and western Europe. Initially, Italy, although an ally of Hitler and Nazi Germany had not joined in the war. Mussolini was anxious that Italy went to war with Germany. However, many of Italy’s generals did not share his enthusiasm and pointed out that the Italian army was not ready.

In April 1940 Germany invaded Norway. In May and June 1940 the Germans launched an invasion of Western Europe and with their Blitzkrieg tactics soon conquered France, Belgium, and Holland.

Mussolini was eager to join the war and he wanted to be on the winning side. On the 10th of June, the Italian dictator declared war on Britain and France. He now saw that Hitler was winning the war and he wanted to secure some territories for Italy. Publically, Hitler welcome the Italian declaration but privately he was scornful of the Italians. He believed that they had been too scared to fight in the early days of the war and that they now only joined German as they wanted a ‘share of the spoils’.

By the time of the Italian declaration of war, France was already defeated. The Germans had even entered Paris and the French army was demoralized and disorganized. The British had just evacuated their forces from Dunkirk, in Operation Dynamo.

Many condemned Mussolini for being an opportunist and only joining in the war after it had been effectively won.

The Italian army did not mobilize its forces immediately. On the 20th of June, they invaded south-western Franc,e but they initially suffered heavy casualties and made secured little results, even though the French army had already been defeated by the Germans.

The Italian declaration of war meant that many Italians living in Britain were interned in special camps and designated enemy aliens.

Mussolini decisions to declare war on France and Britain was to be his downfall. The Italians performed poorly in the war and the country was invaded by the Allies in 1943 and this led to the ousting of Mussolini from power.