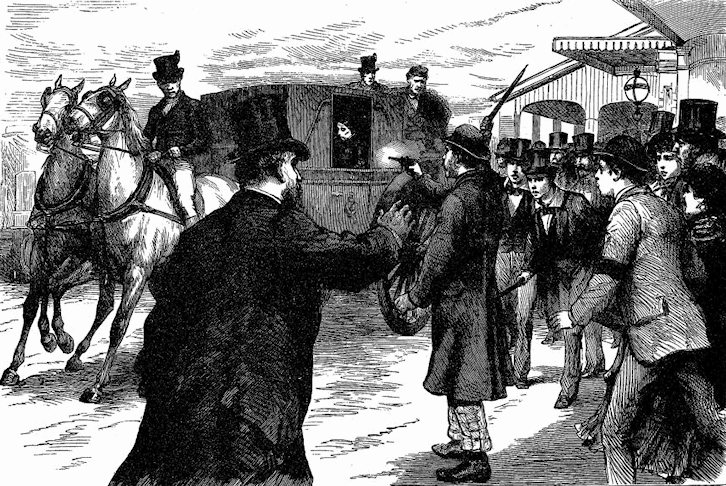 On this day, Queen Victoria was nearly assassinated after an aspiring poet named Roderick McLean tried to shoot her with a pistol.

Queen Victoria took possession of the crown when she was 18-years-old, following the death of her uncle. By the time Roderick McLean tried to shoot her, she had already survived several attempts on her life, including one when she was pregnant with her first child.

On March 2, 1882, when McLean made his assassination attempt, the Queen was departing from Windsor railway station. McLean emerged from a cheering crowd, branded his pistol, and fired a shot into the Queen’s carriage. It took only seconds for the crowd near the assassin to comprehend his intentions and to overpower him before he was able to fire off another shot.

Miraculously, the Queen was uninjured. She did not miss a beat and headed to Windsor Castle. McLean was arrested and charged with high treason. He explained that his actions emerged from the frustration he felt after sending the Queen a number of poems he had written that were not accepted by her. It was not uncommon for struggling artists to solicit patronage from the aristocracy, including the head of the Monarchy.

During McLean’s sentencing, he was found not guilty of high treason, but insane. The sentence bothered the Queen so much, she established a new law known as “Trial of the Lunatics Act 1883.” Under the new law, the same procedures would be enacted, but a sentence of insanity would read, “guilty, but insane.”