Today In History: Glycerius Is Made Emperor Of The Western Roman Empire Before The Its Final Fall (473) 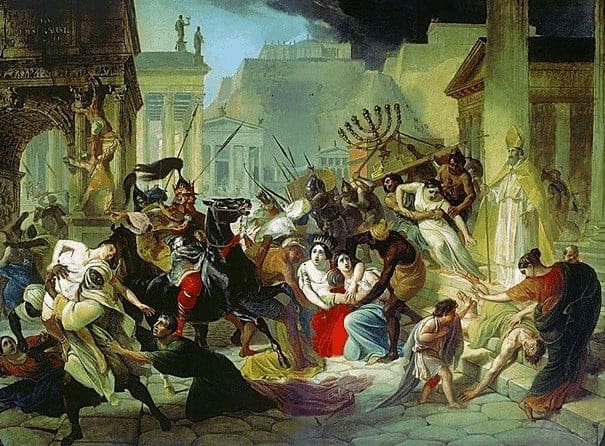 Today In History: Glycerius Is Made Emperor Of The Western Roman Empire Before The Its Final Fall (473)

On this day, Flavius Glycerius was nominated as emperor of the Western Roman Empire in 473. Before becoming emperor, he served as commander in Dalmatia and commander of the Imperial Guard in Ravenna, the empire’s capital city until its fall in 476 — just two years after Glycerius’ reign ended.

Not many details about Glycerius survive. It is known that he inherited his position following a bumpy year noted for civil hostilities between emperor Anthemius and Ricimer, the commander of the emperor’s army. The situation became especially volatile when Ricimer killed the emperor. Six weeks later, Ricimer died from an aneurysm. Although he had tried to choose the successor of Anthemius, the chaotic state caught the attention of the emperor of the Eastern Roman Empire, who intervened in so far as he was able. To appease him, Glycerius’ name was put forth.

The Western Roman Empire desperately needed to regain its footing. It had gone through a rapid succession of leaders. Without an effective figurehead at the helm, the empire was spinning in a circle. Civil war, public discontent and a lack of unification were tearing the empire apart. For his part, Glycerius aimed to pick up the pieces. He made strides to pass laws that were aligned with the public in a fair way. He attempted to appease the Eastern Roman Empire at the same time. A peaceful society and amicable relations with others was not enough — maybe it would have been?

Certainly, it would have help Glycerius had the emperor of the Eastern Roman Empire, Leo I, recognized his authority. Leo I was adamantly against Glycerius and went so far as to nominate someone to take his place. Before elections could be held, Leo I died and the contest was never put to a test. The situation only fragmented further, Leo II took his grandfather’s place leaving the Western Roman Emperor with no hope to win the new leader over. He focused on doing nothing to overly upset any of the powers around him. Ultimately, this passivity held the Western Roman Empire together from the exterior. From within, there was little to nothing left of it.