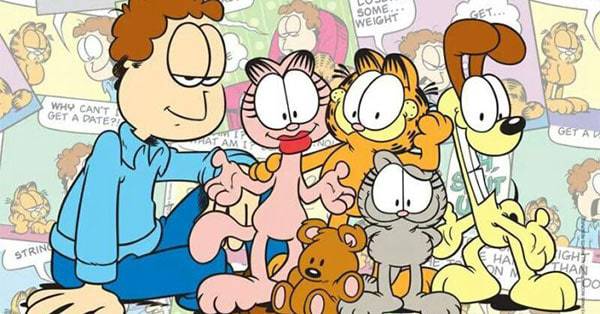 Depending on how one looks at it, ‘comic strips’ may be the oldest form of communication known to man. Obviously, the earliest form of storytelling through drawing weren’t called comic strips, but the funny pages we know and love today are somewhat derived from those earliest beginnings.

Satirical drawings have been around since the 18th century, and began as political commentary that would most often be published in pamphlets or small books.

The first real comic strips came to newspapers in the late 19th century. The Yellow Kid is most often seen as the first true “newspaper” strips, but there were many such efforts around the same time that were being developed concurrently.

There are many modern examples of comic strips worldwide. In the United States, there are several that stand out as long-running, well-known comic strips that almost everyone is at least aware of. One is Charles Schultz’ Peanuts, which is where we get characters like Charlie Brown and Snoopy.

Garfield, the other comic strip that stands out, was created on June 19, 1978. It holds the Guinness World Record for the most widely distributed comic strip in the world.

Garfield is about a lazy cat named, well, Garfield and his owner Jon, who live in Muncie, Indiana. Garfield is well-known for several things: his hatred of Mondays, his love of lasagna, his laziness, and his aversion to even the mention of the word diet.

One of the reasons Garfield is so popular is that unlike a lot of other comic strips, it has stayed almost completely out of social or political commentary. Its focus, instead, is on making people laugh, and it has been almost unimaginably successful. According to some reports, the merchandise spawned from the comic strip alone generates nearly $1 billion in sales each year.

By 2002, Garfield became the world’s most syndicated comic strip, appearing in 2,570 newspapers worldwide, with a readership of almost 265 million people.

Like many other popular comic strips, Garfield has seen success on other mediums as well. It has spawned two moderately successful (if by successful we mean ‘profitable’, of course) movies: Garfield: The Movie and Garfield: Tale of Two Kitties, both staring Jennifer Love Hewitt, Bill Murray (as the voice of Garfield), and Breckin meyer as Jon Arbuckle. The strip has also been adapted to both the television and several video games.

Jim Davis is the creator of Garfield, and has often claimed that the reason why the strip has been so successful is that people identify with cats for various reasons. He once said, “Way down deep, we’re all motivated by the same urges. Cats have the courage to live by them.” In some ways this has to be true, because nobody likes Mondays.

There are many types of comic strips, so much so that the term comic strip is a bit outdated. A lot of what you’ll see in the newspapers these days aren’t the satirical or humorous strips we’re all familiar with but stories based on other things like political commentary or other human drama.

Strips like Garfield remain, however, to show that it is okay not to take life too seriously, and that it’s best to just live life a day at a time (usually while eating as much lasagna as possible, of course).