Today in History: Famous Pilot The Red Baron is Killed in Action (1918) 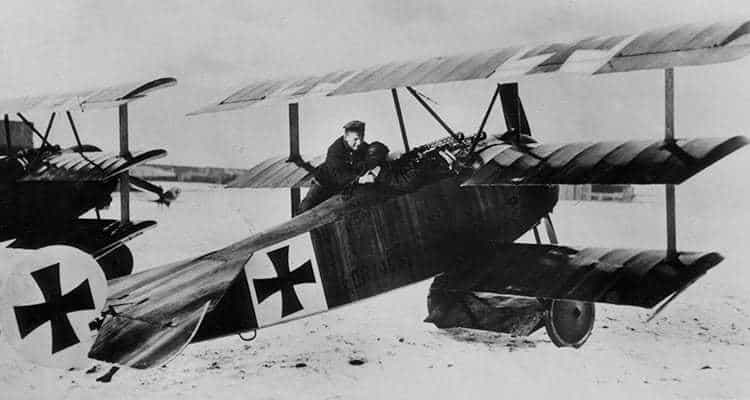 Today in History: Famous Pilot The Red Baron is Killed in Action (1918)

World War I saw the introduction of airplanes into combat situations. Powered planes were used by Italy in 1911 for the first time in war, but it wasn’t until the Great War broke out in 1914 that they truly became something large militaries came to rely on.

The Red Baron is probably the most well-known fighter pilot of all time. Born Manfred von Richthofen in 1892, the Baron was a celebrated fighter pilot for the German Army Air Service.

According to military records, he is officially credited with 80 air combat kills, which broke every record on both sides of the war at the time. It was during his last six months that he started flying a plane painted red that led to his legendary moniker, The Red Baron.

On April 21, 1918, von Richthofen was shot down in France by Australian machine gunners on the ground. He managed to land his plane, but he was dead by the time the Australians reached him.

The credit for shooting him down either goes to those machine gunners, or to a Canadian Royal Air Force pilot by the name of Arthur Roy Brown. Brown was flying behind the Baron and was shooting at him, though historians agree it was the machine gun battery that hit von Richthofen in the chest, forcing him to land.

At only 25-years-old, the Red Baron, one of the most celebrated flyers ever, was dead. He was buried by the Allies with full military honors, and his moniker lives on today. His story is well documented in film, TV, and literature.

At the time, a fighter pilot with 20 kills under their belt was considered ‘legendary’. There weren’t a lot of men who were able to grab that type of accomplishment. At 80 kills, the Red Baron blew way past that milestone, which makes it unsurprising that we still know his story today.