Today in History: The Famous Globe Theater Burns in London (1613) 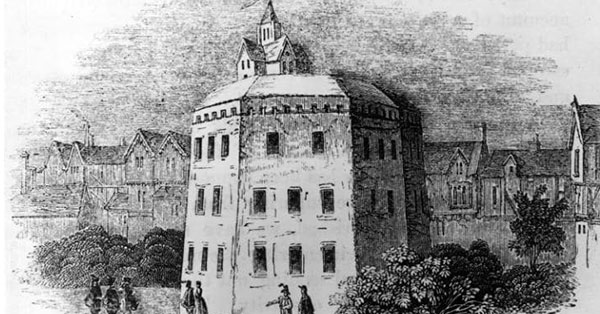 Today in History: The Famous Globe Theater Burns in London (1613)

William Shakespeare is universally recognized as one of the greatest writers of all time.

Some of the stats surrounding the works of William Shakespeare are extraordinary. For example, all of his plays have been translated into every single language used in the world today. More, his plays are performed more often that the plays of any other playwright. Of his 38 or so plays, Romeo and Juliet is most likely the most popular, and has been seen in an uncountable number of different adaptations throughout the years, so much so that almost everyone knows the story and how it ends.

One of the questions that gets asked the most about Shakespeare is why did he like tragedies so much? in reality, Shakespeare wrote more comedies than tragedies, but his tragedies are more well-known (Hamlet, Romeo and Juliet, King Lear, Julius Caesar, Othello, just to name a few).

However, there is a good reason why he wrote so many (and was so good at it). At least two of his siblings died in childhood, and one of his own children also died very young. Some of his son can be seen in some of his more tragic plays.

The first iteration of the theater didn’t last all that long, as it was destroyed by fire on June 29, 1613. The cause was a theatrical canon that went off during a performance of Shakespeare’s play Henry VIII, one of his many histories based on English monarchs. The building was made of timber, and was therefore very flammable, as much of London was at the time (as the city would find out to its peril in 1666 when fire destroyed most of the city).

The theater was rebuilt a year later, and would be used until 1642 when it was closed down by the Puritans, who closed every theater in London. In 1997 the theater was rebuilt once more as close to the original as architects could make it. The issue was that we really don’t know beyond a few crude sketches what the original looked like. Even the second one that was built after the fire was not well documented.

Seeing a play at the Globe would have been a phenomenal experience. Even more so considering that it was fairly reasonable for people to attend. No one knows exactly what the cost of attendance was, but historians suggest that it was around 6 pence for the best seats in the house, and only 1 penny just to get in the door.

Shakespeare will likely always hold a place in history as one of the greatest writers of all time. His work has ingrained itself in the world’s culture, and has influenced countless other playwrights and authors throughout the centuries.

Shakespeare himself died in 1616, just three years after the original Globe Theater burned. His words, though, will live on forever.