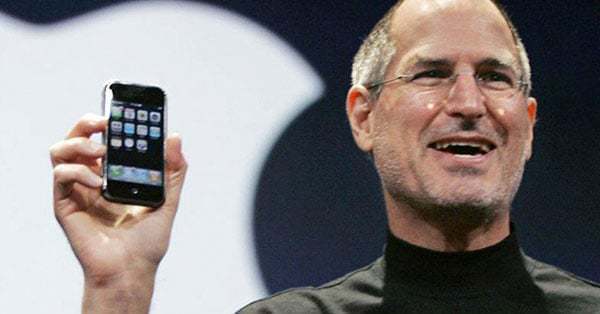 There are many technologies throughout human history that are considered game changers. The wheel, the printing press, computers, and so on, are all part of the list of technologies that most historians would agree have significantly altered humanity’s history.

Prior to 2007, the majority of people who had a mobile telephone would have one that looked like this:

For business people who needed something more than what a simple phone like the Nokia candy bar phones that were the most popular at the time, there were smartphones available. The most popular amongst so-called smart devices prior to 2007, was a Blackberry phone from RIM (which later changed its name to Blackberry) out of Canada.

Everything changed for technology and computing on June 29, 2007 when the first generation iPhone was released by Apple. If you want to look at how the scope of mobile technology has changed in the 10 years since the iPhone was released, all you have to ask yourself is how many phones like the one pictured above do you see nowadays (at least in the US, Europe and Asia)?

So the question remains, why did the iPhone change things so drastically? After all, it did most everything the so-called dumb phone did at the time; what made it better? Especially when you consider that the iPhone and a lot of the phones that came from companies after the initial iPhone release cost at least $400, and often times much more.

The answer to the question is a difficult one, especially if you’re just talking about that first iPhone. It made calls, it browsed the web, and it played music. It didn’t have apps or anything like what we’re used to today. It could be that it was just so much different that what came before that it captured the imagination of people worldwide (despite there being ‘touch’ screen phones in existence before 2007); or perhaps it was just that the multi-touch screen was so much better than the way we had always done things before. It’s a subjective question that everyone will have an answer to.

From a computing perspective, smartphones like the iPhone have revolutionized productivity, allowing people to communicate and work no matter where they are.

There are also downsides to the revolution that was the smartphone. People have a tendency to become attached to their devices, sometimes to the exclusion of other important things, like their family and friends. There have also been several deaths where people were killed by cars and trains because they were too engrossed with their phone to take notice of their environment.

Despite that, it is safe to say that when the iPhone came out in 2007 it changed technology forever. While it may be too soon to call the iPhone (and smartphones like it) one of those technologies that change humanity forever, it wouldn’t be surprising if we can someday look back and know for sure that it was.