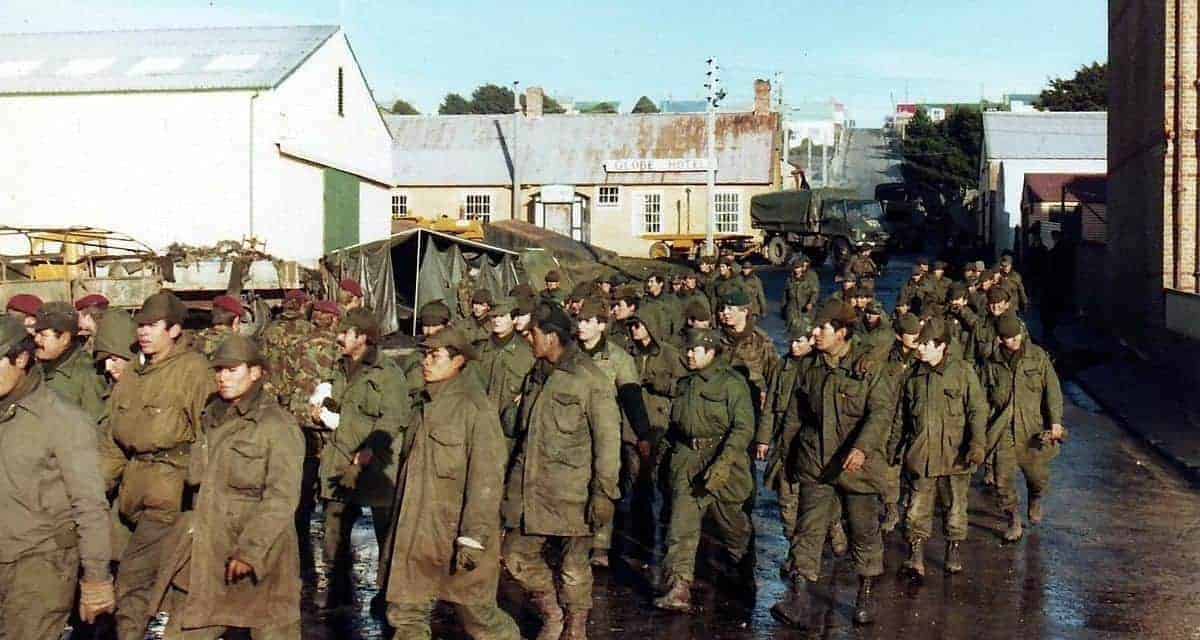 On this day, June 14th, in 1983, the Falklands War ended. The war was fought between Argentina and Britain, for possession of the Falkland Islands. The islands are a sparsely populated and the people are mainly sheep farmers. In the nineteenth century, the British had occupied the island, during the decline and fall of the Spanish Empire in Latin America. Argentina had long claimed the island as their sovereign territory. In the nineteenth century, they had established a fort on the islands but were later expelled by the British navy. The British then settled the island by the 1890s it was a colony, within the British Empire. The islands had long had strategic value for the British. Argentina was to retain its claim of sovereignty of the Falkland Islands. In the 1970s, the Argentine army seized power in a coup. The country had been destabilized by political violence for close to a decade. They were very unpopular with the people of Argentina, because of the many human rights abuses, committed by the military junta. The military government sought to make itself more acceptable to the citizens by attacking the Falklands. This was a very popular move and the Argentinian population was very supportive of the invasion. The Argentine army quickly occupied the island, after an amphibious assault. The Argentinian army treated the Falkland Islanders with respect.

Prime Minister Margaret Thatcher responded immediately and sent a task force to retake the islands. The British task force sailed 8000 miles, and upon their arrival in the South Atlantic, it began the process of retaking the islands. In May, they took South Georgia and headed towards the Falkland Islands. Margaret Thatcher declared an exclusion zone around the islands and deemed any Argentine vessels within it to be a legitimate target. The British navy came under heavy attack from the Argentine airforce. The British sank the Argentine cruiser the General Belgrano, that sank with the loss of hundreds of lives.

The British task force managed to land a significant body of troops on the islands. All the time the were under constant naval attack. The Argentine air force sank several ships such as the HMS Sheffield with Exocet Missiles. The British units began to attack Argentine positions. At this stage, the Argentine army on the Falklands was low on supplies as the British navy had effectively cut them off from their homeland. After several weeks of fighting, the Argentine garrison at Port Stanley, the Falkland’s capital, surrendered. British troops entered the town and raised the Union Jack. This was the end of the conflict.

During the conflict, Britain lost five ships and some 256 lives in the battle to regain the islands. Argentina losses stood at some 750 lives, many lost in the sinking of the General Belgrano. After the defeat of the Argentinian forces, the military was swept from power and democracy was restored. Margaret Thatcher was widely hailed as the victor in the war and secured a landslide win the 1983 General Election. The Falkland Islands remain a British territory to this day.