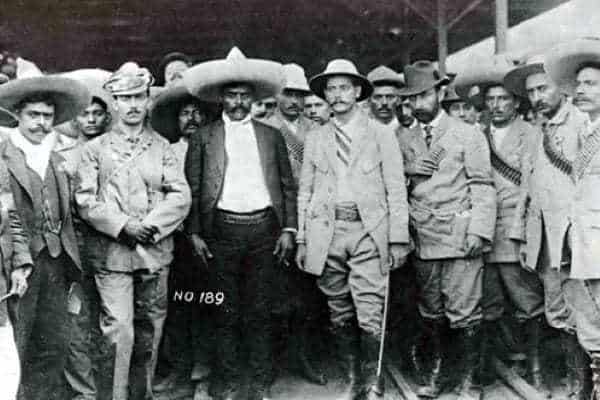 Throughout all of history there have been those people who inspire others, no matter their cause. Emiliano Zapata was one of those people, and on this day in 1919 he was assassinated by dictatorial government forces.

Zapata was one of the main leaders of a peasant uprising during the Mexican Revolution, and while his movement was not successful in taking over the central Mexican government, they did manage to redistribute some of the land that they had been fighting over since the late 1800s (and in many cases, much longer).

The Mexican Revolution is very complex because there are so many reasons why the revolt happened. From a national stage, the Revolution started because Porfirio Diaz, then a dictatorial ruler, rigged the 1910 election in his favor, causing his opposition to lead a nationwide rebellion. This ultimately led to Diaz’s ouster.

However, on a more local scale, there was much more going on than a tyrannical ruler who had overstayed his welcome. It mostly came down to land. Under the Diaz regime, land had become a government commodity, which Diaz used to pad his and his supporter’s pockets. He did this by seizing great swaths of land that had belonged to peasants, like the Zapata family, for generations. Diaz also sold this land to foreign interests, mostly to grow sugar cane.

As you might suspect, the poorer classes, which Zapata was a member of, did not like this, and suffered a great deal from these policies. So while on the national level Diaz was playing games, there were also significant local concerns as well that led to the start of the revolution in 1910.

Emiliano Zapata and his gathered forces of peasants were crucial to the ouster of Diaz. The new government that was put into place after Diaz was taken out disavowed the Zapatistas’ role in the Revolution calling them ‘simple bandits’.

While the Mexican federal government would go through a number of leadership changes over the next six or so years, the one thing that remained the same was their disdain for the group led by Zapata.

This culminated in his assassination on April 10, 1919 at the hands of government forces. Zapata and the government continued to clash after the Revolution ended, with several armed battles taking place between the Mexican Army and the Zapatistas. The peasant group continued to fight for land reform, but they were only moderately successful and never took over the main Mexican government.

The government itself was a mess after the Revolution, undergoing three different regime changes, two of them violent, after the ouster of Diaz.

Zapata continues to inspire the lower classes of southern Mexico to this day. His beliefs and ideals are still held true by the poor and downtrodden in Mexican agricultural society almost 100 years after his death.