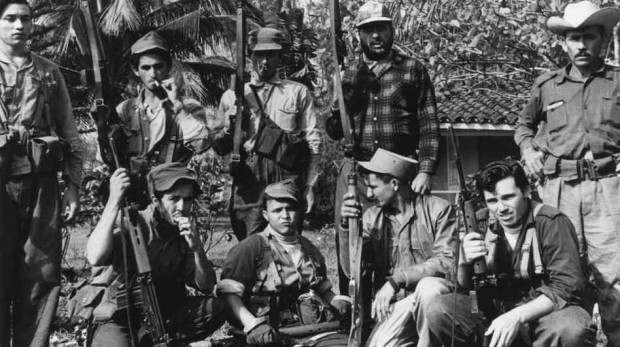 The United States and Cuba have a long history of not getting along very well. Even after the Cold War ended, the U.S.’s relationship with the small island nation has been mostly adversarial.

During the period after World War II, and specifically after Fidel Castro came to power in 1959, the U.S. was very worried about the country’s strengthening ties to the Soviet Union. Castro right from the start began to lead Cuba into a more Communist type of government officially, and began to attack U.S. companies who had interests in Cuba. He also began preaching anti-American rhetoric, which caused American leaders more and more worry.

By 1960, it was apparent to some factions of the U.S. government that Cuba was a threat to security in the Western Hemisphere, mainly due to their ties with the USSR. President Dwight D. Eisenhower tasked the CIA to train and arm a small force of exiles, who would then lead an amphibious assault on the island of Cuba. Their ultimate goal was to remove Castro from power by creating a citizen uprising.

After Eisenhower left office, John F. Kennedy inherited the operation, and on April 17, 1961, 1,200 Cuban exiles, who the CIA had been training for over a year, floated on shore at the Bay of Pigs on the southern coast of Cuba.

It was a spectacular failure.

The force was met with a fast and brutal response by Castro’s armed forces. The Cuban Air Force sank all of the invading army’s supply ships, and killed more than 100 of the exiles. Almost 1,100 were captured.

The aftermath was rather predictable. With the failure of the invasion at the Bay of Pigs, Castro was able to consolidate his power, and ramp up his anti-American rhetoric, and this time he had tangible proof that the Americans were out to get the Cubans. He also used the failed attack as means to gain further Soviet support.

This would ultimately lead to the Soviets placing missiles in Cuba, which led to the Cuban Missile Crisis in October 1962.

The Bay of Pigs wasn’t the last time the U.S. would attempt to remove Fidel Castro from power. There were attempted poisonings and other attempts at assassinations that took place covertly over the next twenty years. Even after the Cold War ended, and the Soviet threat was neutralized, Cuba remained a sore spot for the Americans. Continued sanctions and restrictions prevented trade between the two nations that are only 90 miles apart. To this day, relations are strained between the two countries, and it seems unlikely to change.