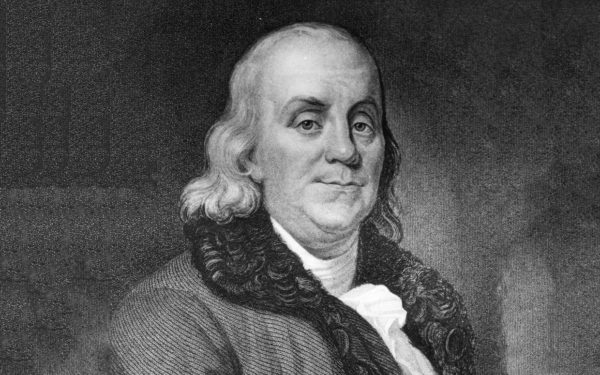 On this day in 1790, Benjamin Franklin died. Franklin is one of the most well-known names in American history, and as such there is a lot of mythology surrounding his life and accomplishments. Did he really go outside and fly a kite with a key on the end?

The answer is we don’t know. He wrote about doing so, but it is thought by many historians that he was just positing a theory about what would happen if that situation was ever attempted. According to experts, actually doing this experiment would likely have led to Franklin’s death.

It is also well-known that electricity, which Ben Franklin supposedly “discovered” while performing that experiment, was something that had been known and studied for a long time before Franklin’s birth. There are even examples of the ancient Greeks working with harnessed electrical charges. It wasn’t until after Franklin’s death and well into the 19th century that electricity would have more applicable uses.

So if he didn’t do that, what did he do?

In addition to being a senior statesman, signer of the Declaration of Independence, and an Ambassador to France, his most notable accomplishment during his life was as a writer. Franklin’s writing and scholarly works are to this day praised by historians, He is also well-known for writing under assumed names.

His letters to the New England Courant in 1722 under the name Silence Dogood were some of the first writings of his ever published, and are well documented. They even made an appearance on the big screen in the film National Treasure.

Franklin served in many offices, including:

Franklin also helped Thomas Jefferson and John Adams design the official seal of the United States (though their design wasn’t used, they started the process). His funeral in 1790 was one of the largest held in the U.S. up to that point, with nearly 20,000 in attendance.

Franklin is on the $100 bill, has statues and memorials in both Pennsylvania and Washington, D.C., and is the subject of hundreds of biographies and essays. So while there are myths surrounding his life, he will always remain one of the most well-known Americans of all time.