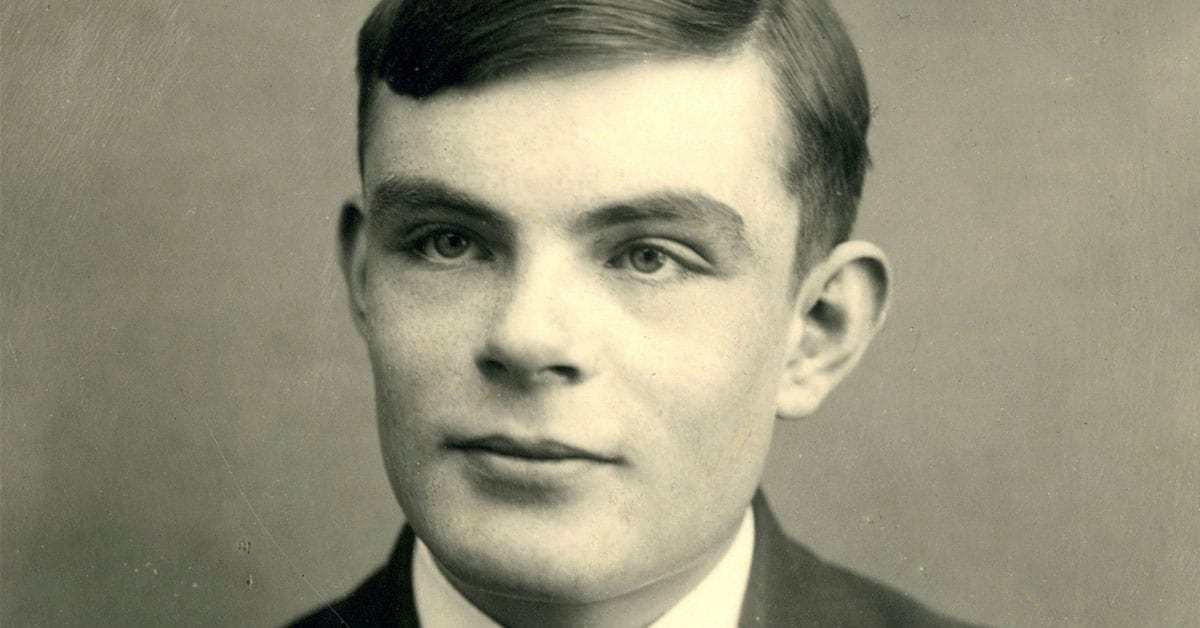 Alan Turing is one of the most famous computer scientists ever. In fact, many historians place him as the father of modern theoretical computer science. It isn’t odd to hear his name bandied about with the likes of Albert Einstein and Nikola Tesla as one of the greatest minds ever.

Turing added to his fame during World War II when he worked at the Government Code and Cypher School at Bletchley Park where he helped Britain’s codebreaking effort against Nazi Germany.

Alan Turing was born on June 23, 1912 in London, England. He was recognized early as a very intelligent young man, however in his early education he was derided by his teachers for not putting more emphasis on the Classics. Turing was more interested, even at an early age, in mathematics and science. After primary, he went to King’s College, Cambridge, and graduated with honors in Mathematics.

In 1936, Alan Turing created what would become Turing Machines, which were capable of exceptional computations. These are considered the first theoretical computers ever created, and are the forerunners of modern-day computers that our society now relies on so heavily.

During World War II, Turing was a leading contributor to cracking German Ciphers for the British. Understanding how he helped crack the German Enigma and other ciphers is very hard if you don’t know what they do, how they work, or high-math. Basically, within weeks of arriving at the GC&CS at Bletchley Park, Turing had created a computing machine that could break the German Enigma much faster than it ever had been broken before, revolutionizing the British’s capability to spy on the Germans throughout the war.

Turing’s work at the Government Code and Cypher School was considered so important and groundbreaking that it wasn’t released to the public until 2012, almost sixty years after Turing died. Turing had a bit of a “stuffy” reputation at the Cypher School. Jack Good, one of his coworkers at Bletchley once said this about Turing: “In the first week of June each year he would get a bad attack of hay fever, and he would cycle to the office wearing a service gas mask to keep the pollen off. His bicycle had a fault: the chain would come off at regular intervals. Instead of having it mended he would count the number of times the pedals went round and would get off the bicycle in time to adjust the chain by hand. Another of his eccentricities is that he chained his mug to the radiator pipes to prevent it being stolen.”

In 1946, after the war ended, Turing was given the Order of the British Empire (OBE) by King George VI for his services to the crown during the war, despite the need for his work remaining secret.

In March 1952, Turing was convicted of indecency due to his homosexuality. At that time it was illegal in the UK to be homosexual. He was given a choice between going to prison or undergoing hormonal therapy that would decrease his libido. He chose the treatment. He wrote about the experience, “no doubt I shall emerge from it all a different man, but quite who I’ve not found out.”

It was because of this conviction that Turing’s government cryptanalysis career ended. His security clearance was rescinded, effectively removing him from any governmental organizations surrounding the work he had been doing for over a decade. He tried to immigrate to the United States, but was denied entry.

On June 7, 1954, Alan Turing died of cyanide poisoning. When his body was found, there was a partially eaten apple next to him, though it was not tested for cyanide. His death was ruled a suicide, though there are several other theories surrounding his death. Some say it was a result of an experiment gone wrong, while others suggest that it was an accidental poisoning due to careless storage of chemicals in his laboratory.

Turing will go down as one of the greatest minds of the 20th century. His work during World War II was invaluable. His work during that time period remains some of the most influential work in espionage ever to be published.