The Earliest Recorded Autopsy in History Was Performed on Julius Caesar 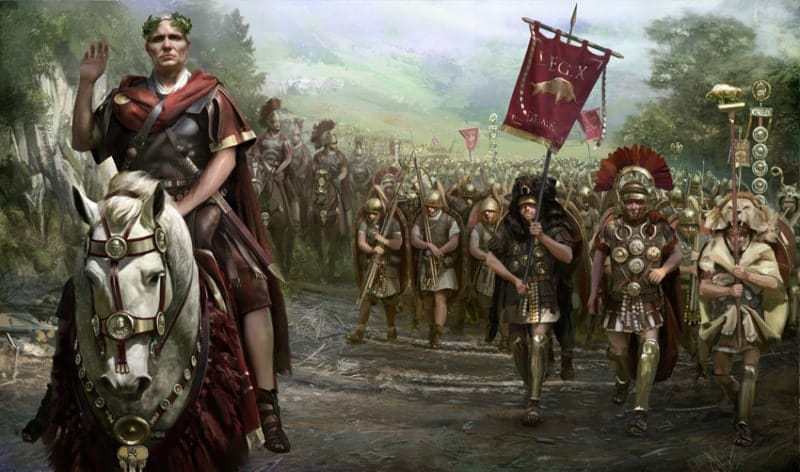 An autopsy or post mortem is a medical examination of a corpse to determine the cause and manner of death. The first surviving record of such an event dates back to 44 BC, when on March 15, Gaius Julius Caesar, celebrated general and dictator of Rome was killed during a meeting of the Senate. Only days before, the ruling class of Rome had been ready to deify Caesar. Now he was dead, his body punctured with 23 stab wounds, all served on him by members of the Senate itself.

Caesar’s body was taken back to his home and examined by a doctor named Antistius. The findings of Antistius’s examination were then reported to the populace in the forum and recorded for posterity- the first recorded account of an autopsy.

Antistius’s autopsy records the detail of Caesar’s death- including the death blow that killed him. But when reinterpreted by modern experts, in conjunction with contemporary accounts of the assassination and the events leading up to it, a startling possibility emerges one in which Caesar himself was complicit in his own murder.

By 44 BC, resentment towards Caesar was festering amongst the Roman elite. Following Caesar’s defeat of Pompey the Great in the most recent bouts of civil wars, the ruling classes were feeling increasingly uneasy. Caesar had been declared dictator for life. His image was beginning to appear on coins- an unprecedented honor for a living person. Worse still, he was held in high favor by the general populace- some of whom were beginning to refer to him as a King. It was feared it was only a matter of time before Caesar restored the monarchy -with himself as King.

According to Gaius Suetonius Tranquilius, who wrote of these events 150 years later, using sources from the imperial archives, matters came to a head a few days before the murder. The Senate had gathered near the Temple of Venus to bestow upon Caesar” â€˜an imposing list of honors“. But instead of rising graciously to greet them, Caesar remained seated. Suetonius says that Cornelius Balbus prevented Caesar from rising. But other Plutarch and Cassius Dio record it was the dictator’s own decision.

Either way, the perceived insult sealed Caesar’s fate. Sixty senators, led by Gaius Cassius and Marcus and Decimus Brutus joined in a conspiracy to assassinate Caesar and restore the republic. After much debate, they decided on the Ides of March, when the Senate was due to meet near the theater of Pompey.

Caesar was warned of his impending doom by all sorts of signs and portents. The night before his death, he apparently dreamed he was flying above the clouds and clasped the hand of Jupiter. For these reasons and â€˜poor health’ Suetonius claims he nearly didn’t attend the Senate that day. But eventually, he decided to go, ignoring the omens -and a warning note that was thrust into his hand.

As soon as he took his seat, the conspirators gathered around him as if to greet him. Tullius Cimber approached him as if about to ask him a question- but instead seized Caesar’s toga by both shoulders to restrain him. The other conspirators then set him upon.

The conspirators intended to dump Caesar’s body in the River Tiber. But for whatever reason, they did not. Instead, they left his corpse lying where it fell- and allowed the exact details of Caesar’s death to be recorded for posterity.

Once the initial panic had subsided and the conspirators fled, three slaves, collected the corpse and clumsily deposited it in a litter before swiftly fleeing the scene. In this way, one arm hanging out of the curtains, Caesar went home for the last time.

Once there, Antistius, a Roman physician who was possibly Caesar’s own personal doctor, took over. He examined the body and recorded 23 stab wounds in the corpse. Caesar’s face and groin were amongst the injured areas. But Antistius was able to identify the fatal blowâ€¦ It had entered Caesar’s body just under the left shoulder blade, at an angle that suggested Caesar could have been struck in the heart. But it was equally likely that the blade could have nicked a major artery, causing death by internal bleeding or have collapsed the dictator’s lung, causing the chest cavity to fill with blood, eventually collapsing the other lung and effectively suffocating him.

Either way, it seems that Caesar bled to death- and his death was not instantaneous- making it not impossible he had some final words for his assassins- maybe even the infamous â€˜et Tu Brute?”

Antistius delivered his finding to the Roman people in the place for important political announcements- the forum. As well as being the first recorded account of a doctor acting as an expert witness at murder, the event gives us the word â€˜forensic â€˜ -â€˜from the forum’. 2000 years later, that term was being applied once again to a very different kind of autopsy.

In 2003, a team of modern experts led by Italian forensic investigator Luciano Garafano decided to conduct their own digital autopsy. Using specialist software to create a three-dimensional reconstruction of Caesar’s corpse, they took the ancient evidence- including the original autopsy and recreated the circumstances of the murder. The modern team of pathologists, police profilers, and classical historians then set out to see what they could deduce.

Using Antistius’s account, Caesar’s injuries were applied to the 3D reconstruction. This done, Garafano used his experience of mob violence to recreate the attack.

Multiple scenarios were applied and Garafano concluded that it was impossible for 23 men to all have â€˜stuck their knives in”. In fact, it was more likely that between 5-10 men were actively involved in the murder, with the rest forming a screen around them to prevent other senators from intervening.

Was Caesar Complicit in His own Death?

But Garafano also believed that Caesar was well aware he was going to die. This is something speculated upon by chroniclers of the event. Suetonius recorded how many of the dictator’s friends stated that Caesar’s health was declining and he had said he did not wish to live much longer. Only days before his death, when dining with Marcus Lepidus, the conversation turned to the ideal manner of death. “Let it come swiftly and unexpectedly” Caesar reputedly said.

Caesar also ignored the warnings. He could have been forgiven for ignoring the so-called signs and portents foretelling doom. had warnings. But on the day of the murder, he did not even read the warning note thrust into his hand. More suspicious still, only days before, he had inexplicably dismissed his bodyguard.

Garafano believes Caesar wanted a swift end because of his declining health. The evidence for this lies in the infamous Senate meeting that sealed Caesar’s fate. Plutarch and Cassius Dio both suggest the real reason Caesar did not stand was he was unwell. Plutarch states he was afraid of having an epileptic seizure. Dio believes it was because he had diarrhea. The two symptoms aren’t as disparate as they may seem. Professor Bursztajn, part of Garafano’s team believed Caesar suffered from temporal lobe epilepsy – which could cause loss of consciousness, extreme behavior, and incontinence.

By allowing himself to be murdered, Caesar could go out speedily and with a bang- rather than slowly and ingloriously. But it also ensured his immortality. Six months before his death, Caesar changed his will in favor of his great-nephew Octavian. Not only did this preserve Caesar’s bloodline but it also preserved his political legacy, for the shrewd and capable 19-year-old was to become the first emperor, Augustus. The will also granted every Roman citizen enough money to live on for 3 months, guaranteeing a wave of mourning and adulation that allowed Caesar’s advocates the popular support they needed to weed out his assassins.

Which they did. For within months, all of Caesar’s assassins were dead- outmaneuvered one more time by the grand tactician who ensured that even if his life was over, his memory lived on.