Today in History: Charles I of Spain is Crowned Emperor of the Holy Roman Empire (1519) 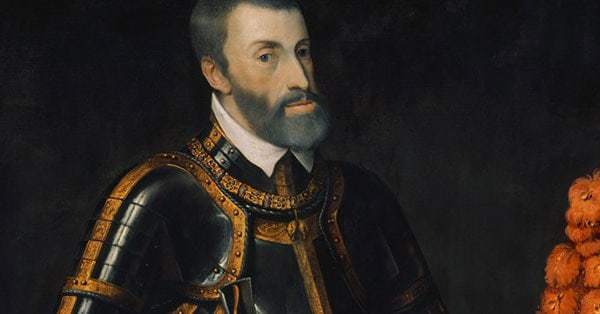 Today in History: Charles I of Spain is Crowned Emperor of the Holy Roman Empire (1519)

The emperors of The Holy Roman Empire mostly believed that their right to rule had been inherited from the Roman Empire that fell in 476 CE. The empire itself started 300 years later (at least that is when most historians agree that it started), and it would exist until 1806, making it one of the longest lived empires ever to exist. The Holy Roman Empire took up a good portion of Eastern and Central Europe during its existence.

The Empire was ruled by the Emperor, the first being Otto I in 962, though many historians will tell you that the first ruler of the new Roman empire (the term Holy Roman Empire wasn’t used until the 13th century CE), was actually Charlemagne in the year 800 CE.

One of the reasons that Charles I is so interesting is that he was the heir to three different kingdoms, only one of them being the Holy Roman Empire (which he inherited from his grandfather Maximilian I). Through his inheritance, Charles I brought together vast territories throughout all of Europe, all Spanish colonies in the Americas and Asia and the Netherlands. His empire was the first to be described as “the empire on which the sun never sets.”

From a political perspective, his ascension to the throne of the Holy Roman Empire is also interesting. One of his chief rivals for the position was none other than Henry VIII, the guy known for chopping off his wives’ heads. King Francis I was also one of the perspective candidates for Emperor. The three men would spend most of their lives in conflict with one another.

This conflict (especially between Francis I and Charles V) would have a dramatic impact on Charles V’s goals as Holy Roman Emperor. His intentions were to unite the many kingdoms under one banner, creating a universal empire that spanned much of Europe, Asia, and the Americas.

However, between his conflict with France (and often times England), the Protestant Reformation in Germany, and the advance of the Ottoman Empire, his goals became much harder to achieve. The outcome was that his rule was very turbulent. His opponents feared his vast inheritance, leading to many of them becoming his enemies.

Over the course of his forty years as Emperor, his kingdom was embroiled in almost constant warfare. At one point he was fighting in three separate major wars at one time: A war with France that took place in much of Italy, during which King Francis was actually captured; conflict with the Ottomans who threatened much of the eastern part of the Holy Roman Empire; and war against several Germanic princes who were part of the PRotestant Reformation.

Despite (or perhaps because of) the constant warfare, Charles V is one of the most well-known emperors of the Holy Roman Empire.