This Day in History, The RAF Launched Operation Bellicose (1943) 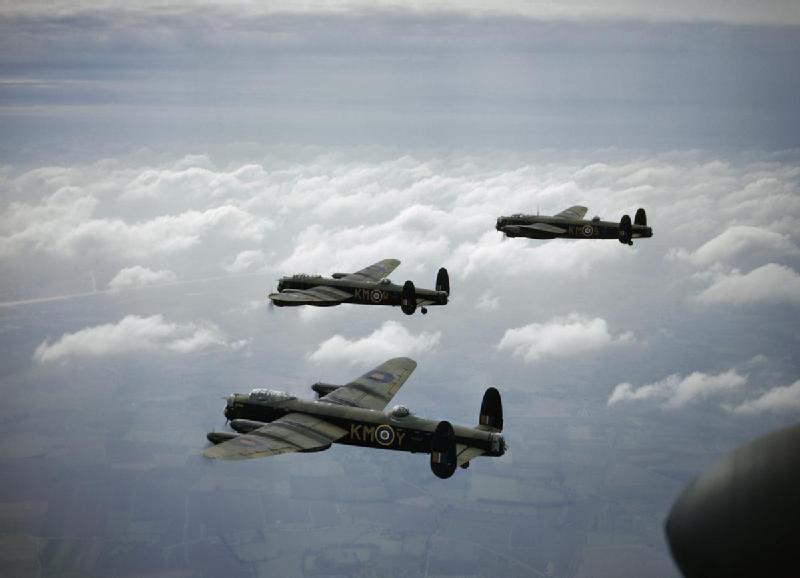 This Day in History, The RAF Launched Operation Bellicose (1943)

Britain after the Battle of Britain developed it long-range bomber capability. This included the development of the legendary Lancaster bomber. These bombers had the capability to drop hundreds of tons of explosives on a target. The bombers were huge craft and armed with several machine guns. They were still vulnerable to German fighters and especially anti-aircraft fire. During the War, the Germans managed to shoot down thousands of Allied bombers as they attacked the country.

On this day in 1943, a large number of British bombers performed the first ever “shuttle bombing”. This was a new tactic’ in the air campaign. It was designed to attack Germany in a sustained way. The raids were very ambitious and they intended to attack sites in both Germany and Italy. At this stage in the war, the British had considerable ability in long-range bombing, much more than the Germans. The operation was also unique in that it was exclusively a British mission and there was no or limited American involvement.

Bombers flew from airbases in Britain. The first wave of bombers, mainly Lancasters bombers headed for the German city of Friedrichshafen. This was a key industrial site for Germany and its war effort. The city produced important equipment for the German army. Unbeknown to the British the city was also the site of the proposed V2 factory. This was designed to produce V2 rockets, later to be sued against London. The city was also a particular center for the production of steel. The British bombers inflicted massive damage on the city.

Operation Belicose, was unique, in that the British bombers did not return to Britain, but to Algeria. This was a route that was safer and relatively free from German fighter patrols. Once the RAF planes had been refueled and rearmed, they then attack targets in Italy. Their main target was the Italian harbor and naval base as La Spezia. This harbor held many Italian ships and the British did not want the Germans to take control of these ships. The Lancaster bombers were able to inflict massive damage on the Italian harbor. The Italians were not prepared for the British raids and they had little air defenses. The British bombers practically leveled the site at La Spezia.

This “shuttle” strategy enabled the RAF bombers to attack two targets with one operation. This made Bellicose a unique operation. The tactics first introduced in Bellicose were repeated several times during the War in Europe. The Allied bombing campaign was crucial to their war effort and probably helped to shorten the war and defeat the Nazis.