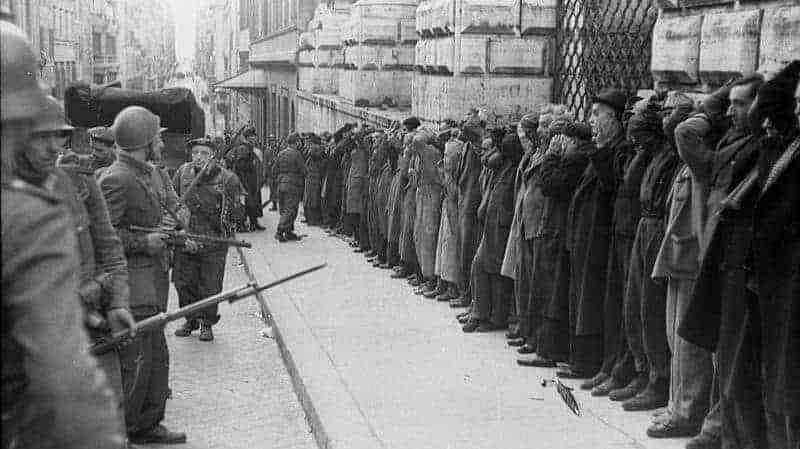 On this day in 1944, the Ardeatine massacre in Italy erupted when German troops killed 335 Italian prisoners and Jewish civilians inside the Ardeatine caves located in a rural suburb of the city. The Nazi soldiers hoped the execution could be carried out covertly, even though the act was in retaliation for an attack on SS police the day before.

The massacre was a grisly scenario: the killing squad was mostly made of troops who had never killed. To prepare them for duty, the soldiers were plied with copious amounts of cognac while the trucks transporting the prisoners arrived and the prisoners were grouped into sets of five.

The scene was methodically navigated so bullets could be rationed. Each prisoner was tied and made to kneel as to increase the shooter’s accuracy. After the bodies began to pile up and there was no more ground space to kneel on, the prisoners were forced to posture themselves on corpses. When the killing was done, the bodies were set on fire.

After the liberation of Rome, the cave and the bodies were discovered. As the bodies were slowly identified, it was concluded, the victims were mostly people the Nazis picked up to fill their number quotas. Many had nothing to do with the previous day’s attack on the SS, and who probably were not politically active at all.