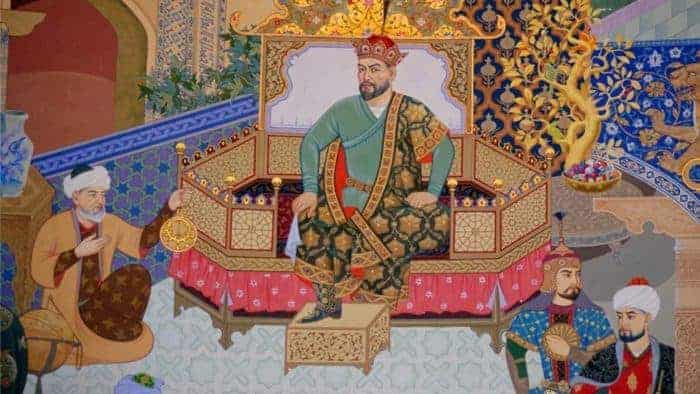 On this day in 1401, one of the last great nomadic conquerors of Eurasia sacked Damascus. The Turco-Mongol Emperor Timur (also known as Tamerlane) was the founder of the Timurid Empire and first ruler of the Timurid dynasty. He was well connected and influential throughout Europe as a result of a number of diplomatic exchanges that shaped his impact on Spanish history. He encouraged trade between France and Asia through his relationship with Charles VI.

However, his legacy ended up being a mixed one due to a continuous campaign of destruction he thrust upon populous cities, such as Baghdad, Delhi, and Damascus. After ruining the cities, he massacred those living there.

The ancient history of Damascus is estimated to date back to 6500 BC. It slowly rose to prominence after feuds between Hittites and Egyptians and then seafaring people, both which richened its development and shaped it into a center of influence by the time of the Iron Age but it is not seen as a prominent city until Semitic people began arriving from Mesopotamia during the 11th century.

During the Mamluk period, a Mongol invasion unleashed Damascus from Ayyudibian rule and with its independence, the city became a provincial capital. Before Timur’s arrival, the city was struck by the Black Death (1348-1349) and lost at least half its population.

In 1401, Timur’s arrival was hoped to be quelled through negotiations being communicated between Damascus and Cairo. They were of no use, Timur sacked the city; after burning the Umayyad Mosque, he captured men and women and either took them as slaves or included them his enormous slaughter, using their decapitated heads to form a large pile in a field outside the fortress walls.

Much of his legacy hinges on the fear evoked during his reign. While European monarchs dealt with him, it was partly out of their desire to know more about him as a potential enemy. At the same time, it was his victory over the Ottoman Sultan that caused Europeans to revere his militant prowess. In the country of Uzbekistan, he is recognized as a national hero.