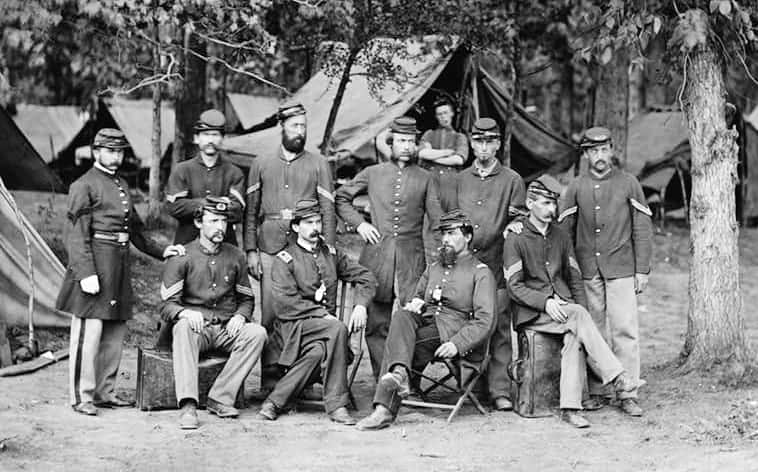 On this day in 1864, under the command of Major General Nathaniel P. Banks, 35,000 Union troops shared a victory during the Civil War during the Red River Campaign after the Confederate commander, Lieutenant General Richard Taylor, was forced to retreat from Alexandria, Louisiana and reluctantly ceded south and central Louisiana to the Union.

The Red River Campaign was planned by Union General-in-Chief Henry Halleck and Lieutenant General Ulysses S. Grant. The overarching goal was to use Banks’ men to encircle the Confederate armies and capture Mobile, Alabama. The Army of the Gulf, headed by Banks, was made from at least twice as many troops than Taylor’s Confederate army. Taylor’s troops numbered somewhere between 6,000 and 15,000.

For Taylor, things appeared grim. The primary reason he had so few men was because one of the Confederacy’s generals send half of his men to fight in Arkansas. Remarkably, in the end, troop imbalances were not an issue. Despite all of their advantages, the Union failed to meet any of its mission objectives. Partly, this was the result of having a large but poorly trained company. It was also caused by bad planning and management.

Following Taylor’s retreat from Alexandria, Union forces under the command of A.J. Smith were scheduled to meet Banks’ forces, which were several days late. During the time spent waiting, Smith undermined protocol and did not ask Banks’ permission before sending one of his generals on a mission to capture Confederate cavalry. Also, during Banks’ tardiness, a message from General Grant arrived with orders to shift focus toward taking Shreveport as soon as possible.

Apart from expanding the war’s length, the Red River Campaign did not have a major impact on the outcome of the Civil War. Banks’ popularity dimmed when Americans learned he had spent part of the time in battle entertaining cotton speculators: he made extra money using military boats and troops to pick cotton. Such mischief signaled bad judgment and questionable loyalty and thwarted his postwar congressional hopes of being elected, while at the same time putting an end to his military career.