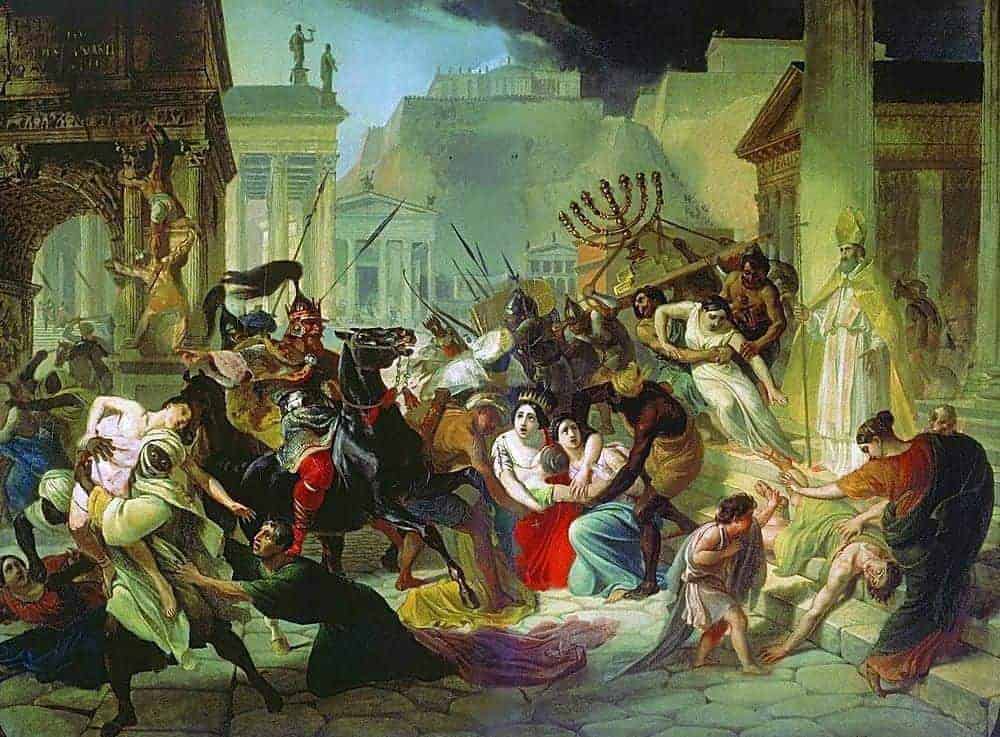 On this day in 455, Valentinian III was assassinated. He was 35-years-old at the time of his death. Valentinian was the only son of Galla Placidia. Born in Ravenna, Italy, he was raised within a well-connected family. Both his mother and father were related to various noblemen and women. The family lines were so entangled that Valentinian was related to some of his cousins, grandparents, and great grandparents twice.

The period preceding Valentinian’s stint as emperor was overshadowed by problems. Most of them were caused by negotiations with the Visigoths who were reluctant to leave eastern Gaul. In addition, the Vandals would not agree to leave Hispania; their persistent incursions resulted in the successful invasion of Mauretania Tingitana. All told, the Roman Empire under Valentinian’s rule was a mere skeleton of its former self.

Loss of so much territory rendered it lame because it was not able to function. Tax inflation upset citizens and the loyal remaining provinces were incredibly weak. Valentinian had even more problems as leaders from three primary army factions were frantically fighting over who their leader should be.

More territory was jeopardized when Valentinian’s sister wrote to Attila the Hun. She offered him half of the western empire in exchange for saving her from an undesired arranged marriage her brother was forcing her into. Attila did not have to consider the proposition for very long; he leaped at the chance. The situation actually worked out well, Attila invaded Gaul and the Visigoths finally left. The drama revealed Valentinian’s importance as a leader, both in the empire and domestic life. He was furious with his sister, and only did not have her killed because of his mother’s desperate pleas.

By the time Valentinian began feeling secure after he thwarted a Hun invasion, hubris got the better of him. He began plotting the assassination of AÃ«tius as the result of an urging by a high-ranking senator. Valentinian agreed to kill AÃ«tius, despite the fact that his daughter was married to AÃ«tius’ son. In bizarrely plotted attack, Valentinian accused AÃ«tius of drunken depravity. Then he drew his sword and let Herculius kill AÃ«tius. A year later, Valentinian was in Rome when he was assassinated by Scythians, who were followers of AÃ«tius.