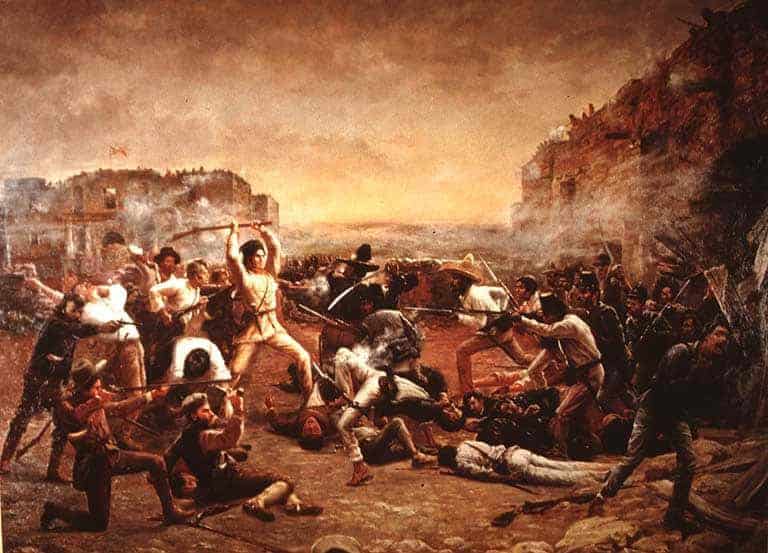 On a spring morning in 1836, Mexico opened fire on the defenders while it was still dark and nearly impossible to see. It was the first of a 13-day battle that eventually left none of the Texans defenders alive and was followed up by a string of more humiliating Texas defeats.

It must have seemed like then end for the Texas republic, which was very young. Texas had declared its independence just five days before the attack at the Alamo, which was the worst defeat the Republic had faced since the state’s inception. Then, the Goliad Massacre took place just twenty-one days later and was an even worse than the Alamo — leaving 342 men dead. There was the death of Colonel James Fannin and his men, Texas suffered defeats at the battles of Coleto and Refugio, as well. They knew they couldn’t face the Mexican Army with the forces they had. They began recruiting and came up with 400 more men. In additional to troop shortages, and a mass of other worries, the Mexican Army used battle lines. It was a European fighting style that Texan troops had neither the discipline nor experience to stand against. General Houston knew this…after one battle, he allowed his men to be backed up to the Colorado River before ordering a retreat, which gave way to the Runaway Scrape. Troops abandon their post and ran for the hills.

The Runaway Scrape was devastating to the new Republic. While Texians were running away scared, Mexican troops were ruthlessly looking forward. The Texians were pirates given no mercy, and ignominious death: bodies burned without burial. When Mexican troops passed through, they burned farms, ranches, cities, villages and anything else in their way. On the day Mexican troops seized the Alamo after a 13-day battle, their only mistake was leaving every defender dead.

It was something of a miracle, the slaughter inspired a number of men to join the Texan army. By April 21, 1836, Mexico was defeated.