If you’re a fan of James Bond films, then you already know that the KGB was often the “free world’s” arch nemesis. The KGB, where current Russian President Vladimir Putin spent part of his career, was perhaps the most feared spy agency of its time. Some even believe that the KGB was behind both of the Kennedy assassinations and other important high-level hits.

Many of the claims against the KGB haven’t been proven. Regardless, the KGB has a long record of killing and attempting to kill its rivals. That’s why we’re going to go over some of the most infamous plots carried out by the KGB, as well as its precursors and predecessors.

On a side note, after the Cold War Russia’s spy agencies were restructured, with the KGB being split into the Federal Security Service and the Foreign Intelligence Service. There are some reports currently circulating, however, that Russia is going to bring back its infamous spy agency. 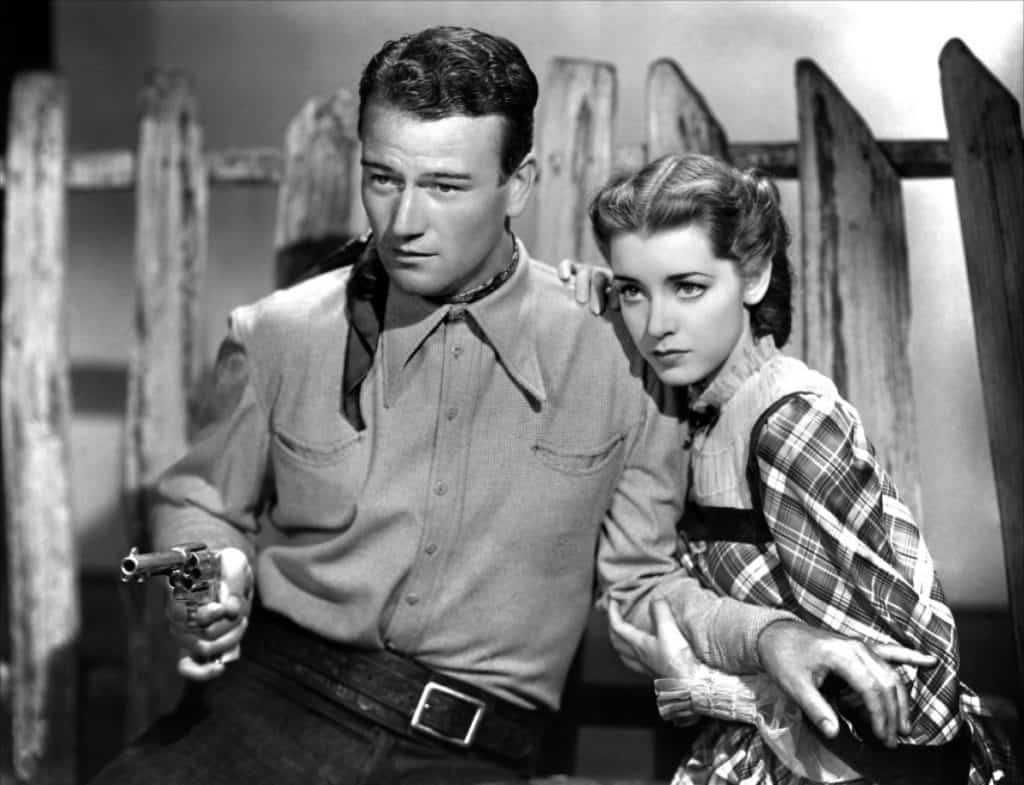 John Wayne was an American icon, and also staunchly anti-communist. Few people of his day were as vocal in their opposition to communism. In fact, Wayne’s frequent bashing of the USSR may have prompted Joseph Stalin to order his assassination. The alleged assassination attempt unfolded in the early 1950’s, just as the Communist scare in the United States was starting to peak.

Not only would Stalin have silenced a critic, but he would have struck fear into the heart of the American people. Except, Stalin forgot that it was John Wayne, the ultimate personification of American frontier life, cowboy extraordinaire, and a man’s man. Wayne was warned about the coming assassination attempt by Sergei Gerasimov and Alexei Kapler, two Russian filmmakers. The FBI also provided info.

So what happened and how did it go down? Supposedly, several stuntmen in Hollywood had infiltrated communist cells and passed information onto Wayne. Then, Wayne and several stuntmen apparently stormed a communist meeting. The two communists who were to kill Wayne were taken to a beach and put through a mock execution. Afterwards, the two men were released into custody, and went on to work for the FBI.

Later, in 1953, Wayne was filming a movie in Mexico when yet another communist cell tried to assassinate him. Of course, we should keep in mind that these tales were retold by Hollywood actors and script writers. Given that we’re talking about professional story tellers, it wouldn’t be beyond them to spin a tall tale.

Recently declassified documents from Russia, the successor of the USSR, have revealed that Stalin was at least contemplating having Wayne assassinated. Apparently, the iron-fisted leader was a fan of Wayne’s films, but couldn’t tolerate his criticisms of communism. Either way, John Wayne went on to live until 1979, when he passed away from stomach cancer. Interestingly, his last film was shot in 1976, with Wayne staring as an aging gunfighter battling cancer. 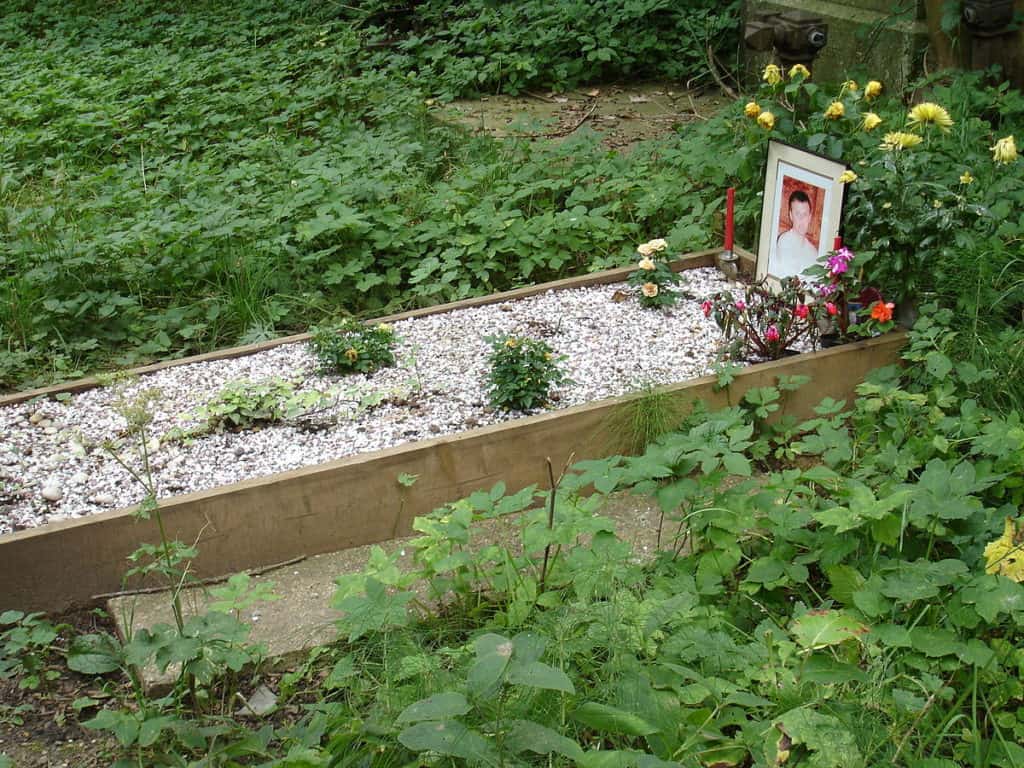 Okay, technically the “KGB” stopped existing shortly after the end of the Cold War. Still, the assassination of Alexander Litvinenko in 2006 deserves a mention. Most likely -at least based on motive- Litvinenko was assassinated by or on the order of the Russian Foreign Intelligence Service, the successor to the KGB’s international affairs.

Litvinenko was a former agent in the Federal Security Service (FSB), which was the successor to the KGB’s domestic operations unit. Specifically, Litvinenko was responsible investigating organized crime. Problem is, Litvinenko was good at his job and quickly found out that the Russian mafia and many officials within the Russian government were very closely intertwined.

Litvinenko tried to raise his concerns with the FSB’s top brass, but his allegations were ignored. This convinced him that the entire organization was corrupt. Regardless, Litvinenko kept pushing, and in 1998 he met with incoming FSB director Vladimir Putin. However, Putin also ignored Litvinenko’s allegations.

In 1998 Litvinenko tried to go to the press after Putin allegedly ordered a hit on another would-be reformer. Shortly thereafter Litvinenko was dismissed from the FSB by Putin himself, and ordered to remain in Moscow under the government’s watchful eye. Instead, in 2000 he fled to Turkey and then to the United Kingdom, where he was granted asylum on humanitarian grounds.

While in the United Kingdom, Litvinenko continued to raise concerns over the Russian government and its ties to organized crime. He also worked as a journalist. He apparently even worked with the MI6, helping the British agency fight organized Russian crime. In 2006, he became a naturalized British citizen.

For Russia, this was simply too much. Back in 2002 another former FSB agent had warned Litvinenko that he was a target. Four years later, on November 1st, 2006, Litvinenko suddenly fell violently ill. Doctors quickly realized that he was suffering from radiation poisoning from the extremely rare radionuclide polonium-210.

Both had already fled the country, however, so British authorities couldn’t bring them to justice. The United Kingdom did request the extradition of Lugovoy, but Russia declined, and instead asked that the British hand over evidence so they could prosecute him.

In fact, Trotsky’s influence within emerging Communist Russia was so great that when Lenin died in 1924 many assumed that Trotsky would assume leadership. However, in the ensuing power struggle it was Joseph Stalin who seized control. Stalin’s vision for Soviet Russia relied on a large bureaucracy and centralized power. Trotsky, however, believe in a much more open society driven by debate and intellectual engagement.

When Trotsky lost, he was exiled to Turkey, and eventually made his way to Mexico City. He didn’t go or live quietly, however, and quickly became one of the most vocal anti-Stalin critics. His steady barrage of criticism throughout the 1930’s convinced Stalin to have him assassinated.

In 1936 Trotsky was tried in absentia in Moscow for plotting to kill Stalin. Several other old-guard Bolsheviks were also tried and charged. Many of them confessed to plotting with Trotsky to assassinate Stalin. All were sentenced to death, as was Trotsky.

On May 24th 1940, armed assassins stormed Trotsky’s villa in Mexico City. Armed body guards were able to beat the attackers back, but a body guard and young assistant were captured and later killed. Trotsky’s grandson was also injured, having been shot in the foot.

On August 20th, a Spanish Communist by the name of RamÃ³n Mercader gained entry into the villa and attacked Trotsky with an ice pick. Trotsky was injured but managed to fight with Mercader long enough for his bodyguards to intervene.

Trotsky demanded that Mercader be left alive so he could be questioned. He then went to the hospital, was operated on, but ended up dying just a day later.

Many of the people Stalin wanted dead, ended up dead. Josip Broz Tito is one of the exceptions to the rule. This wasn’t due to any lack of effort. In fact, the Soviets made at least twenty attempts on Tito’s life.

So who was Tito and why did Stalin hate him so much? Tito was the communist leader of Yugoslavia, a country that consisted of Slovenia, Croatia, Bosnia and Herzegovina, Serbia, Montenegro and Macedonia. Located near the Soviet Union, you’d think that the two communist countries would have been natural allies.

Only, Stalin wasn’t interested in being allies. He wanted Yugoslavia to become a puppet state akin to Eastern Germany and the numerous other countries in the communist bloc in Eastern Europe. Tito was having none of it and staunchly refused to bow to Moscow’s pressure.

So Stalin tried to have him assassinated on at least twenty two different occasions. Among the more bizarre attempts was a jewelry box that released toxic gas. Yugoslav forces also caught assassins with rifles, bombs, and other tools of the trade. Yet none ever got through to Tito.

Growing sick of the assassination attempts, Tito wrote Stalin a letter in which he famously declared:

“Stop sending people to kill me. We’ve already captured five of them, one of them with a bomb and another with a rifle. (…) If you don’t stop sending killers, I’ll send one to Moscow, and I won’t have to send a second.”

Stalin appears to have gotten the message as the assassination attempts appear to have stopped. In his dwindling years Stalin was growing more and more paranoid and his health was slowly deteriorating.

Some believe that Tito may have had the last laugh. Stalin died in 1953, most likely from a stroke. However, some historians believe that Stalin may have actually been poisoned. There were some questionable actions carried out by his bodyguards that hint at them covering things up. For example, they didn’t call for medical help immediately after they found Stalin collapsed on the floor.

One of the most infamous assassinations of the Cold War, Markov was likely assassinated by the Bulgarian secret police. It is believed, however, that the KGB played an important support role. Georgi Markov was born in Bulgaria in 1929. At the time, Bulgaria was a communist state and close ally of the Soviet Union.

For a time, Markov enjoyed a successful career as a brilliant, up-and-coming writer in Bulgaria. His works quickly garnered attention and awards, but they also pushed the boundaries of what communist censors would allow. Many of his plays were banned from being performed because they were considered too controversial. And one of his books was stopped mid-print because it talked about the roof collapse of the Lenin steel mill.

In 1969 Markov decided to head to Italy to visit his brother. Once there, he decided to stay until things cooled down back home. In September of 1971 the Bulgarian government refused to extend his passport, trying to force Markov to return to the country. Instead, he fled to London and began working for the BBC.

Markov took to the airwaves too, working for Radio Free Europe, a staunchly anti-Communist radio station. This drew the ire of the Bulgarian government. On September 7th 1978 Markov was walking across the Waterloo Bridge where it spans over the River Thames. Waiting for a bus, Markov suddenly felt a sharp stabbing pain in his right, back thigh. Turning, Markov saw a man had dropped his umbrella. The man apologized for the accident and they went their separate ways.

After getting to the BBC office, Markov noticed that the pain had not subsided. He also noticed a red welt on his leg and decided to go to the hospital. Four days later, Markov died of ricin poisoning, something that was discovered only after investigators ordered an autopsy.

Ricin, by the way, is the infamous and essentially incurable poison featured in the popular “Breaking Bad” TV series.