“Thou Shalt not suffer a Cat to Live”: Why Pope Gregory IX’s Vox in Rama Implicated Cats in Devil Worship. 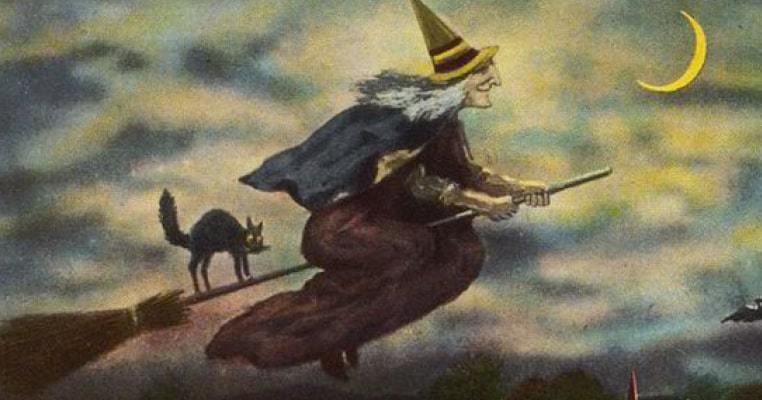 “Thou Shalt not suffer a Cat to Live”: Why Pope Gregory IX’s Vox in Rama Implicated Cats in Devil Worship.

On June 13, 1233, Pope Gregory IX instigated the first bull of his papacy: the Vox in Rama. The Bull arose in response to rumors of satanic cults in Germany by the area’s grand inquisitor, Conrad of Marburg. The Vox (or “Voice in Rama,” after the city of Ramah in ancient Judah) beseeched the archbishops Mainz and Hildesheim to lend their full support to Conrad in his efforts to root out the cult and its adherents. However, it was also a piece of papal legislation that was notable in another way, for the Vox was the first papal bull to associate the cat with witchcraft.

The Vox described the depraved rituals of the cult in detail, portraying the devil worshipped by the witches as a shadowy half cat and half man figure. Its long-term effect, however, was to reshape the view of the cat in European society in general, morphing it from a pagan sacred animal into an agent of hell. This demonization led to the widespread, violent persecution of black cats in particular. This persecution was so savage that some scholars believe that by the 1300’s, Europe’s cat numbers were sufficiently depleted to prevent them efficiently killing rats and mice- thus allowing the bubonic plague to spread.

The Rise of Heresy

On March 19, 1227, 80-year-old cardinal Ugolino di Segni became Pope Gregory IX. Gregory was a reluctant pontiff- and not just because of his age. For he had inherited the problem of heresies which were blossoming across thirteenth century Christian Europe and challenging the â€˜universal’ church. These new, heretical beliefs varied. The Waldenses, who were founded in 1170 by Peter Waldo claimed that individuals could commune with God directly, negating the need for priests. Other sects, such as the Cathars or Albigensians had more esoteric beliefs. Both, however, rendered the Catholic Church redundant.

Such heresies could not be left unchecked to spread around the population and thus undermine the Church’s authority. So Gregory began to formalize and promote practices that formed the basis of the later medieval inquisition. Although he did not approve the use of torture in the interrogation of suspects, Gregory did pass the law that sent unrepentant heretics to the fire and in some cases repentant heretics to prison for life. He also became the first Pope to appoint inquisitors to actively root out such heretics.

One such individual was a German priest and nobleman, Conrad of Marburg. Conrad had initially been involved in the persecution of the Cathars and enjoyed significant successes during the Albigensian crusade of 1209 -1229. Conrad’s methods for identifying heretics were questionable to some. He tended to treat all those accused as guilty until proven innocent and threatened all those who would not confess with the flames. Those arrested by Conrad, therefore, had only two options: admit to heresy and spend the rest of their lives as a known former heretic or burn.

Conrad’s methods, however, yielded results and in 1231, the Archbishop’s of Trier and Mainz wrote to the Pope, full of praise for their heretic catcher. Gregory immediately recognizing Conrad as a useful tool in his war against religious dissent. On October 11, 1231, he appointed Conrad as the first grand inquisitor of Germany. The Pope also gave Conrad carte blanche to deal with all heretics as he saw fit- including permission to disregard usual church rules.

Since the ninth century AD, the Canon Episcopi of the Catholic Church had deemed belief in witchcraft to be a heresy in itself. Although witch trials did occur on a local scale, they were mainly for the practice of pre-Christian beliefs and tried in secular rather than ecclesiastical courts. All this was about to change. For Conrad in his quest for heretics around Mainz and Hildesheim claimed to have uncovered a Luciferian cult. He informed the Pope of his findings. Gregory believed him. After all, the devil was already at work through heretics. So why not witches? Gregory’s response was to issue the Vox in Rama.

The Vox in Rama

On June 13, 1233, the Pope issued the Vox in Rama to King Henry of Germany. The bull began by bewailing the various woes that afflicted the church- the most recent being the satanic cult identified by Conrad of Marburg as flourishing in Northern Germany. The bull called upon the bishops of Mainz and Hildesheim to lend Conrad their full support in rooting out these witches. It also provided a remarkably full account of their Satanic rite. This description created an image that was to be used for all future depictions of witches’ sabbats- and one that established the cat as a creature of the devil.

The account began by describing the initiation of novices to the coven. Firstly, they are greeted by an abnormally large frog or toad, whose behind they must kiss and then a “man of fearful pallor” and thinness whose task was to suck out “every last remnant of faith in the Catholic Church” from their soul. The novice then feasted with the rest of the congregation, after which they assembled to pay homage to “a black cat” which emerged ” from a kind of statue which normally stands in the place where these meetings are held.”

The whole coven was required to kiss the cat’s behind, and once they had done this, a wild sexual orgy occurred. Once the lights came back on, “from a dark corner, the figure of a man emerges.” This ‘man’ was Lucifer, who the whole company firmly believed to have been wronged by God. As was to be expected of a former angel “The upper part of his body from the hips upward shines as brightly as the sun.” However, his fall from grace was encapsulated by his lower body where “his skin is coarse and covered with fur like a cat.”

The cat had obtained a darker connotation through its association with Galinthias, who became a servant of Hecate, a Greek goddess of the underworld after she was turned into a cat by the goddess Hera. The Church had already accused the Waldenses of worshipping the devil in the form of a cat. Also, in 1182, to aid the church’s vendetta against the Cathars, the French theologian Alain de Lille falsely claimed that the sect took its name from the cat instead of the real source, the Greek katharoi or â€˜pious ones’. Tying the cat to satanic worship was a natural progression- and one that would have dire consequences.

Cat Massacres and the Black Death

No one can say for sure how many cats were killed because of the association made between them and witchcraft by the Vox in Rama. However, historian Donald Engel believes that the Vox acted as a death warrant for the cat. Indeed the belief that the torture or killing of cats could break spells continued across northern Europe. Denmark’s Fastelavn held at the start of lent was based on the premise that for spring to begin, evil had to be banished. That evil came to be neatly personified in the form of black cats that were beaten to death to purge the new season of evil spirits.

Elsewhere in Europe, the legacy of cat killings passed into folk practices. Cat burning became a favorite medieval pastime in France, where cats were suspended over fires in cages or doused and set alight- even chased on fire through the streets by cat chasers. In Ypres in Belgium, it was the custom to hurl cats from the belfry of local churches and then set them on fire during the festival of cats or Kattenstoet. This cruel practice continued until 1817 although the Kattenstoet continues to this day- involving stuffed cats instead.

While there is no evidence that cats in medieval England were persecuted, their mousing skills were likened to the devil’s ability to catch souls, with the fifteenth-century merchant William Caxton remarking how “the devil playeth ofte with the synnar, lyke as the catte doth with the mous.” Some historians believe that the persecutions across Europe so depleted cat numbers that mouse- and rat-catching by cats diminished- one of the reasons why the Bubonic Plague took such a deadly hold in Europe during the fourteenth century.

There is little real evidence for this. The Bubonic plague was carried not by rats themselves but their fleas; fleas which could just as easily transfer to dogs- and cats. Then, there is the fact that cats just aren’t good ratters-, which is why dogs; especially terriers are employed to catch rodents. Finally, even if cat numbers were vastly reduced, they were not wiped out. Once the initial hysteria died down, cats, like the would-be witches were left alone for a time, giving them time to repopulate- and remained prolific enough to continue to be culled.

Where do we get our stuff? Here are our sources?

Was there a great Cat Massacre in the Middle Ages? Interesly, June 7, 2016

The spooky history of how cats bewitched us, Abigail Tucker, The Washington Post, October 31, 2016

The History of the cat in the Middle Ages (Part 2): The Black cat as the devil in Christian sects, L A Vocelle, The Great Cat: The Cat in History, Art, and Literature. February 8, 2013