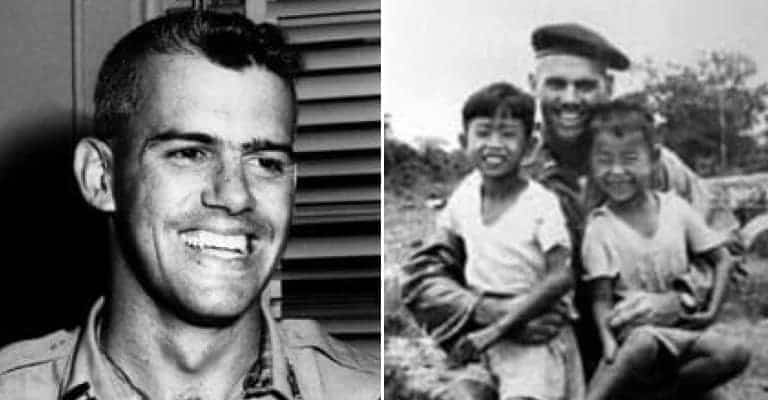 No body was ever discovered and Versace’s grave lies empty in the Arlington National Cemetery in Virginia. His parents, on hearing of his death, travelled to France to visit a Vietcong delegation that were there negotiating the Paris Peace Accords. They were unsuccessful in garnering any information and eventually resigned to never finding the remains of their son. Humbert Versace was awarded the Silver Star – he had been nominated for a Medal of Honor – and largely forgotten about.

It was only after a campaign group, the “Friends of Rocky Versace” campaign, raised awareness of Humbert Versace’s heroism that his story came back to prominence. After years of lobbying for it, Versace was finally awarded the Medal of Honour, posthumously, by President George W. Bush in a ceremony at the White House. Four of his siblings were present to see their brother honoured by the United States, the first soldier ever to be given the Medal of Honor for valour shown while held captive as a Prisoner of War.

Rocky Versace is not alone in waiting a long time to be fully awarded for service in Vietnamese prisoner of war camps. The status of those either missing in action or hald captive was still debated long after the end of the conflict in 1975. For years after the end of the war, it was alleged that many Americans remained in captivity in Vietnam, or had otherwise been moved away from South East Asia to the custody of one of North Vietnam’s allies. Many airmen who had been shot down over North Vietnam or neighbouring Laos were unaccounted for, as it was unclear how many had died in the process of being downed and how many had found themselves in captivity. The National League of Families of American Prisoners and Missing in Southeast Asia was set up by the wives of servicemen in 1971, as the Vietnam War was still raging, and continues to fight for those left behind.

As of 2018, some 1600 Americans are still listed as missing in action/prisoner of war in South East Asia. The United States has spent decades in discussions with the Vietnamese and Laotians in the hope of finding the remains of killed soldiers from the War. Between 1991 and 1993, a commission led by Senator John McCain – as well as former Secretary of State John Kerry and Senator Bob Smith, both of whom also served in Vietnam – declared that “no compelling evidence that proves that any American remains alive in captivity in Southeast Asia.”

“Rocky Versace: The Bravest Man You Have Never Heard Of” Donald R. McLarey, The American Catholic, May 29, 2016