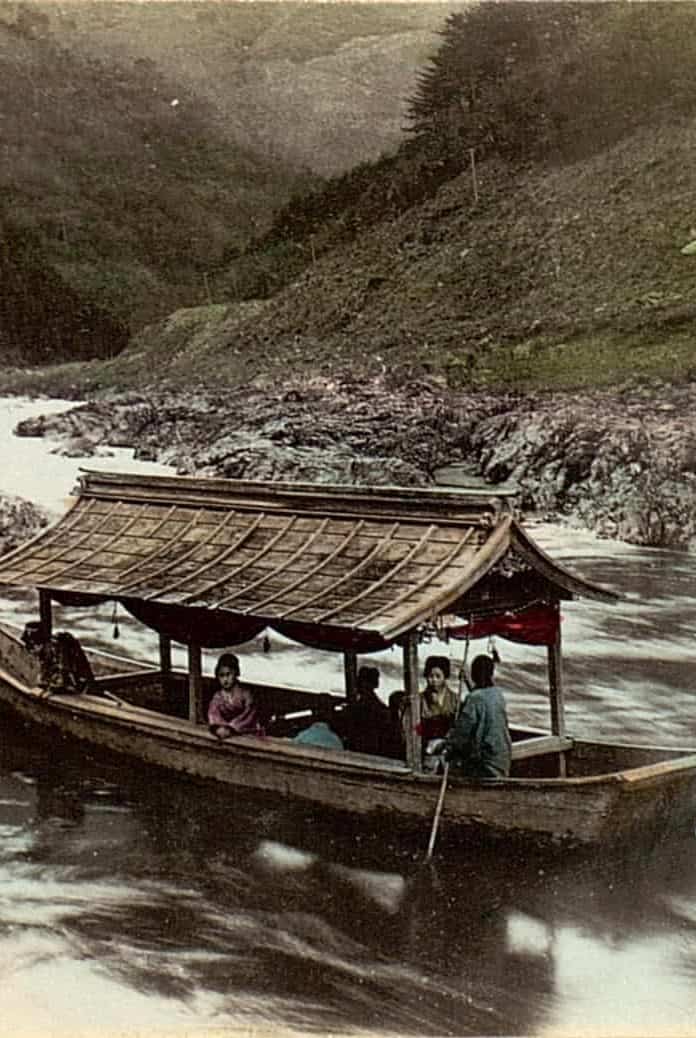 In the early hours of February 22, 1803, a small group of fishermen was trying their luck in the waters off the coast of Eastern Japan. But as their boat moved through the waves, they spotted an object drifting towards them through the mist. Curious, the fisherman edged closer. The mysterious object was a boat, but it was unlike any boat they had ever seen. It was completely round, more like a capsule than a boat. And the top was ringed with a series of fine crystal windows. The curiosity of the fishermen was peaked, and they decided to tow the boat behind them to shore.

Once on land, the entire village came out to get a look at the fisherman’s mysterious find. Upon closer examination, it was clear that the boat was made up of a strange, reddish-colored wood. The lower part of the ship was covered in metal plates to protect against rocks. The windows were covered with some sort of sticky resin or film, although it was still possible to see inside the ship. The walls were covered with some sort of mysterious writing that no one could understand. But even more surprising, there was also a girl inside.

The girl was as alien as her ship. She had pale, pink skin and was less than five feet tall. Her hair was long and red, with white streaks running through it. Her long, flowing clothes were made up of an unfamiliar fabric, but all agreed that they were very beautiful. It was clear that the mysterious girl had been living in the ship for some time. There was a bed inside, along with some basic supplies, like a small bottle that the villagers thought contained water, along with a bit of dough and meat.

The only other possession the girl carried was a box made of a strange, pale material, which she refused to let go of. Nor would she let anyone else touch it. The girl could speak, but no one could understand her, or even recognize her language. And the girl couldn’t understand anything they said to her. So, it was impossible to ask her where she had come from or what was in the box. With no better ideas, the girl was taken back to the village while the community argued about where she had come from and what to do with her.

It was obvious that the girl wasn’t from Japan. But no one could decide where she might actually be from. In the end, it was decided that she was probably a princess, due to the fine quality of her clothes. And the village assumed that she had been exiled, probably because of an extra-marital affair. Her lover had likely been beheaded, and his head had been placed in the box, which is why she refused to let go of it. Deciding that fate demanded she be set adrift, the villagers took her back to her hollow ship and pushed it into the waves, where it drifted out of history and into legend. But who was the woman in the mysterious hollow ship?