This Day In History: The Last Emperor Of Brazil Was Deposed (1889)

This Day In History: The Last Emperor Of Brazil Was Deposed (1889) 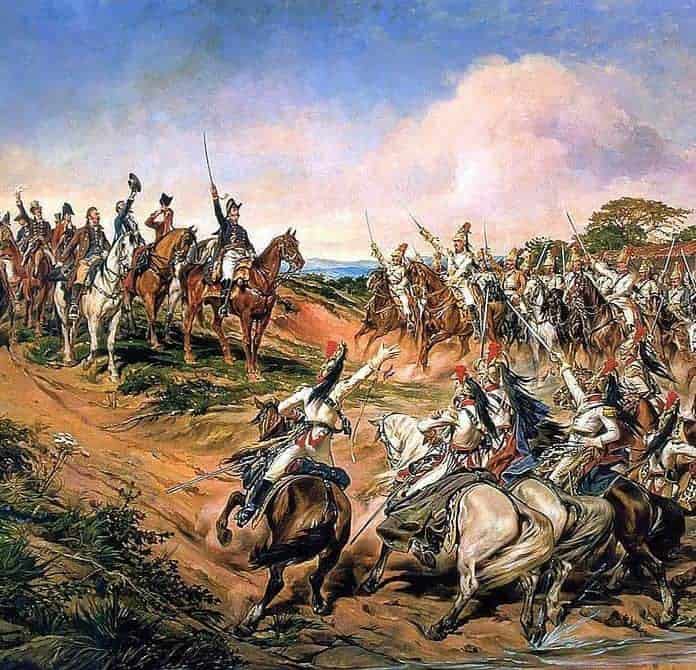 On this day in history, the  second and last Emperor of Brazil was deposed.  After almost fifty years as Emperor of Brazil, Pedro II was forced to give up his throne. He was deposed by a group of army officers who believed that the monarchy was an obstacle to the development of Brazil.  The origins of the Brazilian Empire came about because of a split in the Portuguese monarchy. In the 1800s Napoleon invaded Portugal and occupied the kingdom. The Portuguese Royal Family were forced to leave Lisbon and they established a new court in Brazil. After the defeat of Napoleon in 1813, some members of the Portuguese Royal Family wanted to return to Lisbon but others of the family wanted to stay in Brazil. The Portuguese monarch João IV returned to Portugal and he left his eldest son Pedro as regent in Brazil.

Many local Brazilians wanted to have their own monarch and to be independent of Portugal. The Brazilian Empire was established in 1822 when Dom Pedro I ignored the Parliament in Lisbon and proclaimed Brazil an independent monarchy.  After a brief War between supporters of Dom Pedro and Royal Portuguese forces, the country became an independent Empire.

The early years of the Brazilian Empire were difficult and marked by many rebellions and wars. The army and the authorities were able to restore stability and the Emperor helped to unify the Brazil. In 1831 after a crisis the Emperor abdicated.  This was because he once again tried to unify the Portuguese and Brazilian Crowns and this had caused instability in both countries.

Pedro I, eventually  abdicated in favor of his son also Pedro in 1831, who was only five years old and he was later crowned Emperor in 1841.  He was to prove to be a shrewd and capable monarch and was for a while hugely popular.  Under Pedro II the Empire flourished unlike its neighbors it was politically stable and there was freedom of speech. The economy grew and there was a functional parliament. However, the Empire was dependent on its prosperity on slavery. Pedro II was widely popular in the 1870s after Brazil’s and its allies victory in the Paraguayan War. His government also won popular acclaim when it defied the British Empire. In his later years, the health of the Emperor declined and he had no male heir which saddened him immensely.

However, Padro II alienated important members of the elite and soon there was a conspiracy against him.  The were mostly liberals who did not believe in the Monarchy and argued that it was not relevant in a modern state. Pedro II was seen by them as favoring their rivals the Conservatives.  On this date, in 1889, he was deposed in a bloodless coup, he forbade any military action against those who launched the coup and Pedro II voluntarily went into exile. He died two years later.