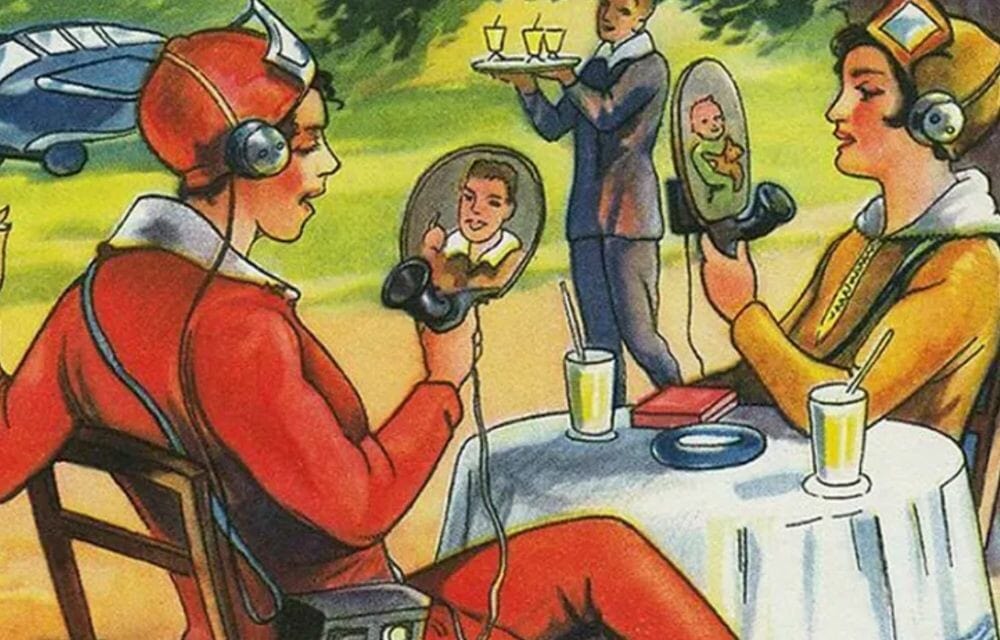 This image shows an inventor named Hugo Gernsback demonstrating his television goggles, also known as “teleyeglasses” in 1963 for Life Magazine. Some of his other inventions were an electric hair brush/comb and a battery-powered handheld illuminated mirror. He has been dubbed “the man who invented science fiction” because he founded a publication called Amazing Stories Magazine. This proposed invention makes so much more sense than the massive headset that was made four years later in 1967. In a lot of ways, these goggles are reminiscent of a modern VR headset, except for the antennas on the top.

Armored Pushcarts to Protect Soldiers on the Battlefield

This issue of Popular Mechanics from 1915 suggests putting soldiers in armored push carts while they are on the battlefield. On Reddit, quite a few people joked about how inefficient this would actually be. One of the top comments says, “For use on those famous flat obstruction free WW1 no-mans land.” Another said, “Lovely well maintained lawns. Just right for those small castor wheels.” Harsh, but true. No army would ever use this, because they are like bringing your own coffin to the battlefield. There is a good reason why these push carts were never actually invented.

Sega VR: The Headset That Never Was

Yet another company to come out with a vintage VR headset was Sega in the 1990’s. It was planned to be an add-on accessory to the Sega Genesis. And for a while, they were confident that it would be released, because it was shown at several trade shows and expositions. But this would never come to fruition, because the company ran into too many technical issues. On Reddit, one of the top comments said, “I want the alternate timeline where Sega invents the Metaverse, not Facebook.” Same.