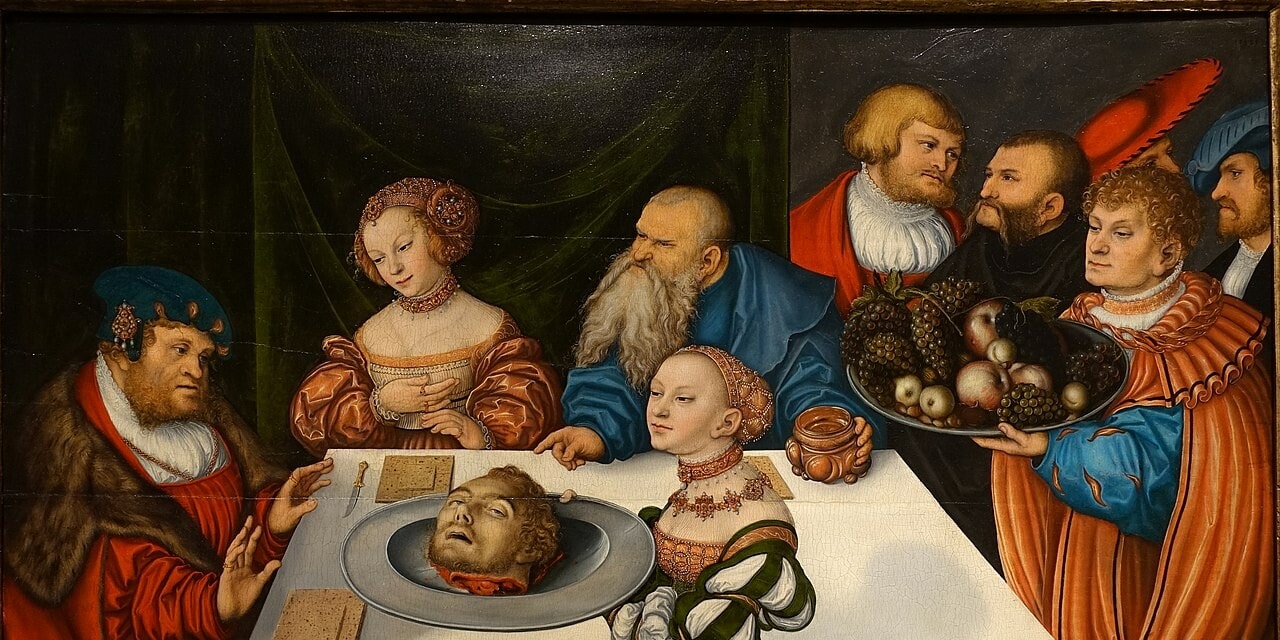 The Golden Fleece club was primarily comprised of merchants and tradesmen with the primary goal of drinking away a tough day at work full of wheeling and dealing at clubs. Also “that they might sleep without repentance, and rist the next day with a strong propensity to the same practices.” They took particular delight in names they gave members to match their characteristics, such as Sir Rumbus Rattle, Sir Talkative Do-little, Sir Nimmy Sneer, Sir Sipall Paylittle, and Sir Nicholas Ninny Sip-all (Timbs, pg. 173). The club seems to have drunk their days away until the fraternity became “dull,” and “fell into the dumps.” Party’s over, Sir Boozy Prate-all!

The Little Club, according to historian John TImbs, celebrated large personalities in small-statured bodies (pg. 177). Invitations were sent only to those five feet and under, those accustomed to not having their feet touch the ground in chairs, to having tabletops uncomfortably high, and having to use stools to reach shelves and cabinets. To accommodate members who met this qualification, they removed all the furnishings built for average height, replacing them with furnishings that fit their smaller stature. Even the door was made lower in a deliberate effort to make entering the room an uncomfortable experience for anyone taller than five feet. Anyone who bumped their head on the five-foot doorframe was considered unqualified to join the Club.

Some things never change. College guys form clubs, talk sports, drink too much, and smash up every window in their college quad. Granted, not all of these clubs were as destructive under the guise of being a respectable cricket club as the Bullingdon Club at Oxford University. As the Wisden Cricketer (2010) said about the Bullingdon Club, it “actually used cricket merely as a respectable front for the mischievous, destructive or self-indulgent tendencies of its members.” In 1894, they were accused of breaking lights, doors, around the Peckerwater Quad at Christ church, and as an finale, smashed 468 windows around the quad. This feat was repeated in 1927, after which they were no longer allowed to meet anywhere around Oxford University.

Oxford University has a long history of dining and social clubs to cater to the wealthy and elite. The Phoenix Club gave these members an opportunity to show off their alcohol tolerance. Historian, Evelyn Lord noted that dining was the stated purpose, with each member expected to host a dinner. But the Phoenix Club were better known for their ability to consume massive amounts of alcohol. Lord notes that members were not permitted to take “more than two dozen bottles of sherry or port from the cellar per week.” (pg. 70). This stunning amount of booze led to rounds of complaints about noise coming from the club’s meeting places, and may have led to more than one death from club membership.

The English tradition of dining clubs was carried over to the Canadian territories in the 1700s, but with a very Canadian twist. To celebrate the emergence of the fur trade in the Northwest territories, members of the Beaver Club were dedicated to consuming only meat they acquired in the Canadian territories. This of course, was venison, quail, bear, buffalo, and fruits, vegetables, and grains. Members dressed in their finest, and wore a large gold medal with “Fortitude in Distress” on a blue ribbon around their neck. But the best part of the meal were the after-dinner fun, where members would sit on the floor and pretending to paddle a canoe as they loudly (and drunkenly, as one story has the group drinking 120 bottles of wine) told stories of great voyages.

The Roxburghe Club was dedicated to reprinting ancient literature, but author John Timbs (pg 187-193) questions whether this focus was shoved aside for more immediate pleasures, “It may, however, be questioned whether “the dinner” of the Club were not more important than the literature.” A club menu featured in Timb’s book shows a glutton’s dream variety. It included turtle cuts, chicken, ham, haddock, lamb, tongue, whitings, quail, prawns, and various tarts and puddings. With those mouth-watering menus comes progressively larger dinner and drink bills, despite decreasing member numbers. The memoirs of member Joseph Haselwood reprimand the other members for their gluttony. He said, “Your cits are the only men for a feast; and therefore, behold us, like locusts, travelling to devour the good things of the land, eastward oh!”

Before Charles Darwin traveled to the Galapagos Islands and became a controversial figure for his theory of evolution, he developed a reputation for adventure as a member of Cambridge University’s Glutton Club, students who literally ate their research.They were infamous for seeking out “birds and beasts which were before unknown to human palate.” His experience at the Glutton Club led to Darwin’s later taste-testing of other exotic meats such as Puma, iguana, armadillos, giant tortoise (and tried to drink their urine, but said it was “limpid,”, and had only a very slightly bitter taste”), the ostrich-like lesser rhea, and a rodent believed to be an agouti, meat Darwin declared as “the best I ever tasted.”

London’s Acclimatisation Society believed in biodiversity – even if it was forced. The club were firm believers that animals and plants could be introduced and adapt to any climate over time. Furthermore, they believed it could even enhance the native species. They completely ignored the fact that these species took several thousands of years to adapt to their original climate. In the London chapter, biodiversity wasn’t the only thing on the menu, dining experiences at the club included many of the species the group sought to acclimatize, reportedly including African eland (antelope) and American partridges.

Let’s clear the air, here: The Cannibal Club did not consume human meat. It’s not one of those clubs, thank goodness. Its official symbol is a mace carved to look like a man chewing on a human thigh bone (in the most racist way we can imagine in modern times). But the club was more interested in the practice of cannibalism. Luckily, none of the members were known to have actually partaken in this taboo. Yet even the club’s interest in cannibalism is questionable. Dane Kennedy’s biography of its founder, Sir Richard Francis Burton, makes the Cannibal Club sound more like a bunch of guys getting together to talk about things like ethnicity, sexuality, and other areas where they held opinions that would shock ‘polite’ society.

Even the most dedicated scientists need to step out of the lab. Ya know, get out and drink with their buddies and talk shop at the clubs. The X Club gave some of the most dedicated scientific minds of the time a chance to discuss their research and findings over dinner, focusing on the outcomes of their research rather than trying to integrate religious principles into their findings. The X-Club’s name even followed the scientific principle of change and advancement. As founding member Herbert Spencer noted, “it committed to nothing.” The X-Club were strong proponents of science over religion during a time when it was very much not okay to separate the two. There was only one rule for the X Club: There are no rules. Anyone suggesting that the club even keep minutes would be shot down, as that violated the only rule.

Many people like a good cut of salmon or a chilled oyster on the half shell. The Ichthyophagous Club took aquatic eating much farther. Their goal was simple. Eat as many unusual marine creatures as possible to prove that there were many undiscovered species fit for human consumption. They would serve punch and a plate of fish that would test even modern diners. Some fare was considered strange at the time but are on many modern menus. The clubs would serve mussels, salmon, and lobster, which many of us know and love today. But some of the group’s menu items never made it on to the modern palate such as starfish, porpoise steak, and periwinkles.

New York’s Thirteen Club feared no superstition. Members walked into the dining room under a ladder. They hosted dinners seated at thirteen tables, with exactly thirteen items on the menu. They ate cakes decorated with black cats and had a jolly time smashing mirrors, spilling salt, and undermining superstitions. Their love of thirteen led to efforts to remove the stigma of the number. Members would write to judges to request prisoners not be hung on the thirteenth of the month. And they sat at Table 13 at restaurants and other clubs.

New York’s Explorers Club is sounds like one of those clubs that focus on just travel. But they ended up with an intense reputation. It was dedicated to scientific exploration and multidisciplinary research. It is most notorious for their 47th Annual Banquet in 1951 than the actual activities of the club. They famously consumed flesh of a wooly mammoth, a 250,000 year old beast discovered in an Alaskan glacier. But the reality is slightly less jaw-dropping. Yale University scientists found, based on a sample of the leftover meat from that dinner, that guests were actually consuming green sea turtle. As one of the Yale researchers said, “To me, this was a joke that no one got. It’s like a Halloween party where you put your hand in spaghetti, but they tell you it’s brains. In this case, everyone believed it.”

Where did we find this stuff? Here Are Our Sources:

Walter, A. (1871). The life and death of the Sublime Society of Beef Steaks. London: Bradbury, Evans.

Ward, E. (1756) A Compleat and Humorous Account Of all the Remarkable Clubs and Societies in the Cities of London and Westminster. London: J.Wren, Bible and Crown.

The Society of Dilettanti. Rachel Knowles, 2014.

The Strange Story of Charles Darwin and the Glutton Club. Brent Swancer, 2020.