These Facts are Forgotten or Misrepresented in History Classes 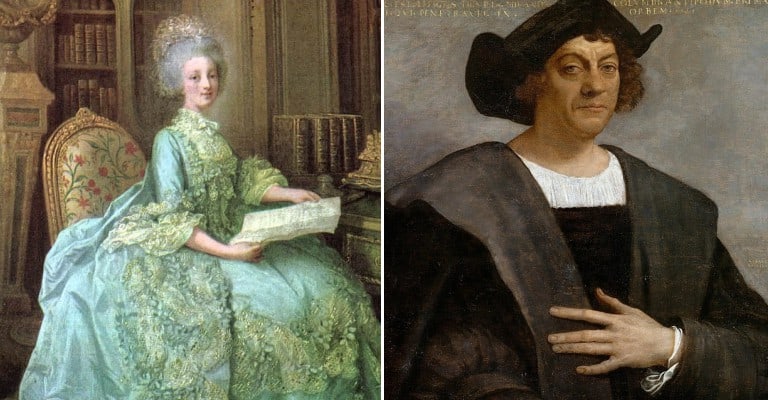 These Facts are Forgotten or Misrepresented in History Classes

35. Louis XIV was afraid of bathing all of his life

During the long reign of Louis XIV of France, science and medicine had advanced to the point that they considered water to be unhealthful, a conveyor of disease, which in many cases was true. Exposure to water through bathing was considered unhealthful as well, and Louis bore a fear of water bordering on neurosis throughout his life. Advised by his physicians to avoid bathing, Louis became ripe enough that a Russian emissary to his court wrote that the King of France “stunk like a wild animal”. Reports of the number of baths Louis endured in his lifetime vary, some saying as few as two, and others claiming he bathed at least twice annually.

36. Men wore high heeled shoes long before they were adopted by women

In 1599 Persian emissaries toured European capitals hoping to attract allies in their war against the Ottoman Empire. Many of the men wore boots with high heels, so designed to keep them from slipping from the stirrups when riding horses. The shoes and boots created a fashion trend swiftly adopted by European men, entranced with the idea of appearing taller in the new footwear. The shoes quickly became a sign of status among the nobility, leading them to refer to one another as well-heeled. As the seventeenth century wore on, women adopted the heels as well as highly piled hairdos to create their own illusions of height, especially popular in France.

37. The British Army for decades required its soldiers to wear mustaches

In 1860 the King’s Regulations for the British Army stipulated that beards were out, hair was to be kept short, and the upper lip was not to be shaved. The regulation was intended to create a threatening appearance to the natives around the empire, especially in India and among the various Arab tribes which were under the control of the British. In 1916 the regulation was dropped due to the expedient of needing to equip the troops with gas masks in the trenches of World War One. The mustaches had been found to prevent a seal of the mask around the face of the wearer.

38. Charlie Chaplin’s body was stolen from his Swiss grave

Charles Chaplin, film’s famed Little Tramp, died on Christmas Day, 1977 and was buried in a Swiss cemetery two days later. The following March his grave was dug up and his body stolen, held for ransom by a Pole named Roman Wardas and a Bulgarian, Gantcho Ganev. The bodysnatchers demanded a ransom equivalent to $600,000 for the return of the corpse. Chaplin’s widow Oona cooperated with the police and allowed her phone to be tapped while officers and volunteers monitored the more than 200 pay telephones in the area. In May the thieves were caught, Chaplin’s body was recovered and re-interred, and a concrete cover was placed over his hopefully final resting place.

39. Women campaigned against London coffeehouses in 1674

Opponents to the consumption of coffee in late 17th century London called the beverage a frightening introduction from the Arab world, and campaigned to end its use. The beverage itself wasn’t their only enemy, coffeehouses were where their husbands could enjoy bear-baiting, the temptation of prostitutes, the consumption of tobacco, and other entertainments. Women drew up a petition against coffee, and the male consumers of the beverage drew up their own petition in response. One of the women’s accusations was that coffee, “has so Eunucht our husbands…that they are become as Impotent as Age…”

40. Benjamin Franklin posed as a woman when writing for his brother’s newspaper

When Benjamin Franklin’s brother James refused to publish the former’s writing in his newspaper, Ben resorted to the subterfuge of a pen name. He chose the name of a woman, Silence Dogood, and presented his pieces in a manner which poked fun at New England habits, fashion, and events. After revealing that Silence was a widow, the paper received several offers of marriage from Bostonians. Fourteen articles in the form of letters were published before James discovered the true authorship, and the falling out between the brothers led to Benjamin fleeing his apprenticeship and moving to Philadelphia to seek his fortune.

“Sacagawea and the Suffragettes: An Interpretation of a Myth”. R. W. Taber. 1967

“Why we’d be better off if Napoleon never lost at Waterloo”. Andrew Roberts, Smithsonian Magazine. June 2015

“Roots of the problem: the controversial history of Alex Haley’s book”. John Dugdale, The Guardian. February 9, 2017

“Should men in uniform be forced to shave?” Rajini Vaidyanathan, BBC News. March 23, 2011