These 'Cougars' from History Shocked Society

These ‘Cougars’ from History Shocked Society 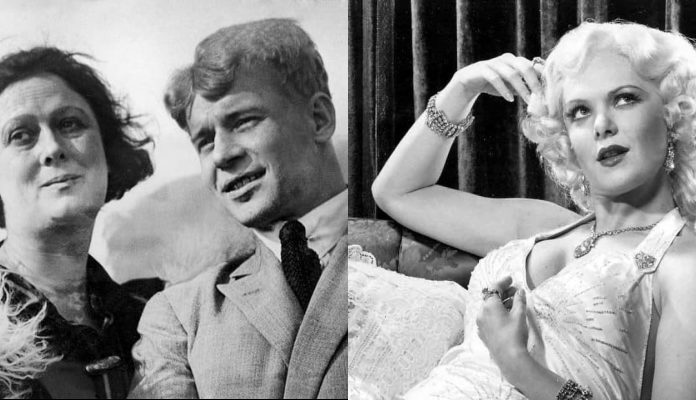 While for millennia, men of power and great wealth have been taking female lovers many years their junior without a fuss, older women having younger men as partners has long been the source of scandal. Indeed, even the ancient Greeks and Romans were shocked by the idea of an older woman with sexual agency – so much so that it became the plot line of one of the most infamous plays of all time.

Such double standards have continued well into the 21st century. Indeed, even today, a woman stepping out with a man several years -if not several decades – her junior is likely to raise eyebrows, especially in comparison to how it would be if the roles were reversed. However, plenty of the most notable females in history have been happy to shun convention and seek love – or just sexual fulfillment – in the arms of younger men. Sometimes they were so powerful that they were immune from criticism. Though in some cases, they were happy to flaunt sexual convention and gender norms. Whatever the reason, it’s clear that the idea of a sexually-liberated and confident ‘cougar’ definitely didn’t start with Samantha in Sex and the City or even with Mrs Robinson in The Graduate, for that matter.

So, from queens to actresses and from writers to empresses, here we have 17 of the greatest ‘cougars’ of all time:

17. Phaedra set the tone for how older, seductive women have been portrayed for millennia.

Quite when the play of Phaedra was first performed is not known. However, one of the two versions Euripides wrote back in the 5th century has survived to this day. It tells the tale of Phaedra, the wife of Theseus, the mythical king and founder of Athens. She falls passionately in love with Hippolytus. Not only is he a young man a generation younger than Phaedra, but he’s the son of her husband, born to another woman. Despite her best efforts at seducing him, Hippolytus rejects the older women’s advances. Scorned, she plots her revenge.

According to one version, she wrote her husband a letter, falsely claiming Hippolytus had raped her. He then has his own son cursed and killed. Ashamed and wracked with guilt, Phaedra then commits suicide. This ancient tale of the ‘older woman’ has been re-told countless times over the centuries. Ancient writers such as Ovid and Seneca the Younger used it as a plot. It’s also been the inspiration for operas, pop songs, poetry and modern novels and re-imagined plays. None, however, has had the impact of the original.