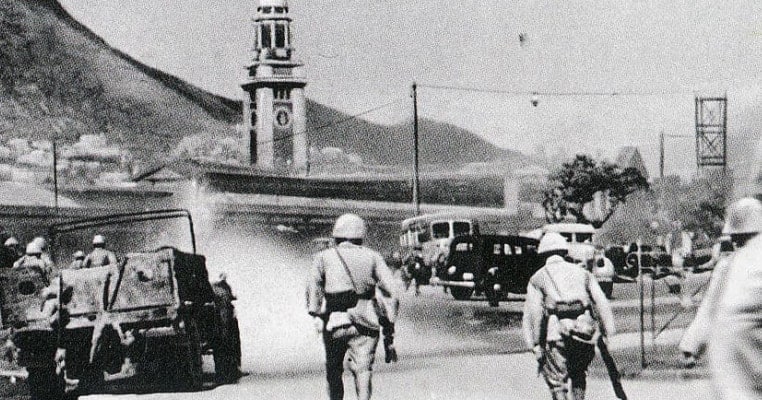 Alcohol, indigestion, and forced proximity to close family make arguments a crucial component of Christmas. There are also a shocking number of murders that take place on what’s supposed to be the happiest day of the year, including this one in Ashland, Kentucky. On December 23, 1881, teenage siblings Robert and Fannie Gibbons and their friend Emma Carico, a next door neighbor, were home alone and enjoying Christmas cheer. Emma’s mother was alarmed when she saw that the Gibbons house was on fire, and gathered neighbors to help. But no one was prepared for the scene that awaited them.

The three teenagers had been brutally beaten to death with an axe and crowbar before the house was set on fire. As the town lamented this tragic and needless loss of young lives, a local bricklayer, George Ellis, confessed to the crime. He admitted that he and his fellow workers, William Neal and Ellis Craft, had broken in to the house and murdered the youngsters. Neal and Craft were hanged for their crime, but Ellis was given only a life sentence. Demanding that Ellis suffer the same fate, a lynch mob broke into Cattlesburg Jail and hanged him anyway.

5. The Egg Nog Riot ruined Christmas 1826 for many soldiers, and the young Jefferson Davis was involved in the mayhem

On a cheerier note, The Egg Nog Riot of 1826 saw a third of the military cadets at the West Point military academy run, well, riot. West Point was once a disorganized and ill-disciplined academy, but in 1817 the keen disciplinarian and professional party-pooper Sylvanus Thayer took charge, and banned alcohol, gambling, and tobacco for cadets. They were, however, permitted a Christmas Party, and in 1826 the beleaguered cadets were determined to have a roaring time. On December 22, the plot commenced: 40 gallons of whisky were smuggled into West Point to make a then-popular alcoholic form of Egg Nog.

By Christmas Eve, the Egg Nog was ready, and that night around a third of the cadets got completely wasted. The soldiers on duty did their best to stop the fun, but were simply outnumbered by the number of parties taking place in dormitories. The cadets used their wonderful military training to threaten the sober disciplinarians with guns and swords, and Dutch Courage to vandalize West Point. On Christmas morning, around 85 hungover cadets were indicted, with 20 eventually court-martialed. One of the riot’s perpetrators was none over than future Confederate President, Jefferson Davis, who narrowly escaped a court-martialing.

4. The Agana Race Riot saw black and white US Marines fight it out from Christmas Eve to Boxing Day 1944

Guam in the Pacific Ocean was host to both black and white US Marines in 1944. But instead of fighting the enemy, the white troops elected to turn on the all-black Marine 25th Depot Company. The white Marines would stop their fellow soldiers from entering Agana, pelt them with rocks, and shout racist obscenities at them. On Christmas Eve 1944, 9 members of the 25th on official leave were seen talking to local women, and white Marines opened fire on them. Then, on Christmas Day, 2 black soldiers were shot dead by drunken white Marines in separate incidents.

Guam’s white Marines were decidedly short on festive cheer and goodwill to all men. Not content with these murders, a white mob attacked an African-American depot on Boxing Day, and a white soldier sustained an injury when the 25th returned fire. Sick of their treatment by their fellow soldiers, 40 black Marines gave chase to the retreating mob in a jeep, but further violence was prevented by a roadblock. Can you guess what happened next? Yes, the black soldiers were charged with unlawful assembly, rioting, and attempted murder, whilst the white soldiers were left to nurse their aching heads.

The town of Lockerbie, just over the border in Scotland, is a fairly unremarkable place where little of note ever happens. That all changed under tragic circumstances one night in December 1988, as locals prepared for the Christmas season. At around 7 pm, Pan Am Flight 103, traveling to New York from London carrying mainly US Citizens home for the holidays, was over Lockerbie when it exploded. A terrorist had hidden a time-bomb in a cassette player on board, which was so powerful that it spread the wreckage over an 850-mile radius. All 259 people on board were killed.

As for Lockerbie, 11 residents were also killed as 21 buildings were destroyed by the falling debris. Amazingly, it wasn’t until 2001 that anyone was convicted, in large part due to Colonel Gaddafi’s refusal to turn in the suspects identified in 1991, and the time it took for 15, 000 people to be interviewed and 180, 000 pieces of evidence to be analyzed. The guilty party was Abdelbaset Ali Mohmed al-Megrahi, a Libyan, who was given 20 years in a Scottish jail but released in 2009, to great public outcry, because he was suffering from terminal cancer.

2. On Christmas Day 1929, Charlie Lawson killed his wife and 6 of his 7 children

Old pictures, such as the one above, are creepy at the best of times, but just wait until you hear this Christmas horror story. This family portrait of the Lawson family, from Germanton, North Carolina, was taken a few days before Christmas Day 1929. On Christmas Day, Charles Lawson (standing, second from right) took a shotgun to everyone in the picture besides his 16-year-old son Arthur (rear, far left), whom he had sent out on an errand. The baby, Mary-Lou, was bludgeoned to death. Charles then turned the gun on himself, having posed his family’s bodies with their arms crossed.

Imagine how poor Arthur felt when he discovered the bodies of his entire family. The photograph, a rarity for a 1920s working-class family, suggests some premeditation, but Charles offered no explanation for the massacre in his suicide letters. So what lay behind this tragedy? Charles suffered a blow to the head a few months before the event, but an autopsy of his brain found nothing of note. According to a relative, Charles’s wife Fannie (back right) discovered her husband’s incestuous relationship with their daughter, Marie (left of Charles), and soon afterwards he committed his awful crime out of shame.

If the above haven’t made you think about Christmas in a different light, this one certainly will. Racial tensions in the former Confederate States, which led to lynchings and violence such as the Mayfield race riot above, also resulted in the foundation of the notorious Ku Klux Klan. On Christmas Eve 1865, 6 Confederate Army veterans met in Pulaski, Tennessee, to form a group to deal with the great danger posed by other human beings having equal rights. After naming their Nathan Bedford as their first leader (or Grand Wizard), the group soon attracted scores of new members.

The KKK, as it is usually called, carried out lynchings, assaults, harassment, and rapes against African-Americans and anyone who tried to help them. Only 6 years after its foundation Congress passed the Ku Klux Klan Act of 1871, allowing the President to use military force against them. The KKK remains a repulsive and dangerous organization today. What would a Middle Eastern Jew, who preached tolerance and peace amongst all men regardless of creed or color, and crucified for his faith, make of the foundation of a hateful and violent group preaching death to all non-white-Protestants to celebrate his birthday?

Burns, Ian. “The Christmas Flood of 1717: How one of the most devastating storms in European history killed 13,700 people in Denmark, Germany and the Netherlands.” The Daily Mail, December 26, 2017.

Geiling, Natasha. “Egg Nog: It’s All Fun and Games Until Someone Starts a Holiday Riot”.

Tamkin, Emily. “How Soviets Came to Celebrate New Year’s Like Christmas (and Why Russians Still Do).” Foreign Policy, December 30, 2016.