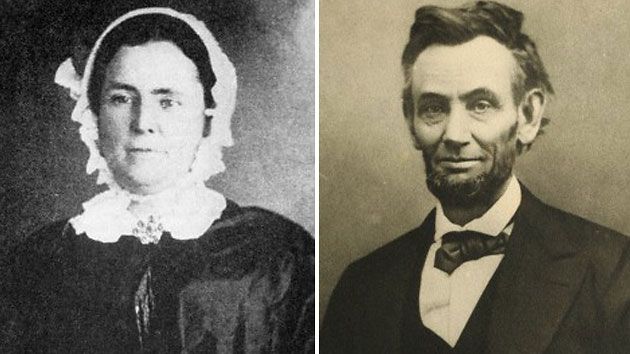 3. Julius Caesar and Pompeia’s separation is still an example many modern-day power-hungry politicians follow to this day

Over the centuries, many famous or powerful figures have decided to ditch their partner rather than run the risk of embarrassment. Far from ‘standing by your man (or woman)’, they are ready to break off a relationship if it looks like their partner’s actions might harm their own ambitions. And, as with many things, Julius Caesar led the way. His brutal separation from his second wife Pompeia set a precedent, illustrating how ruthless leaders don’t let love or loyalty get in the way of the pursuit of power.

Caesar wed Pompeia in 67BC, just a year after his first wife had died in childbirth. For a while, it looked like a good union, especially in political terms. But then in the year 62, Pompeia served as the hostess for the annual Bona Dea festival. This was a female-only religious festival to give praise to the ‘Dear God’. This time, however, a young man, a known prankster called Publius Clodius Pulcher, snuck in disguised as a woman. According to the rumors of the time, he was there to try and seduce Pompeia. When he heard of this, Caesar divorced his wife straight away rather than try and defend her reputation. He argued that ‘Caesar’s wife must be above suspicion’ – implying that the partner of an ambitious politician needs to be squeaky-clean or risk getting dumped.

2. Lord Byron and Lady Caroline Lamb’s break-up may have caused the great poet to flee England – and go to his death in Greece

George Gordon Byron is widely-acclaimed as one of England’s finest-ever poets. But he might have produced an even greater body of work had it not been for his break-up with Lady Caroline Lamb. The pair had enjoyed a torrid affair throughout 1812, even though Lamb was married to William Lamb, the future Prime Minister. She famously described him as “mad, bad and dangerous to know”, and he made no secret of their affair. Neither did Byron keep his decision to break-off their relationship a secret. Lam was heartbroken and humiliated.

Byron didn’t take the break-up well, either. In 1816, he fell into a brief, ill-advised marriage to William Lamb’s cousin. However, by this point, his reputation was in tatters – due in no small part to the malicious rumor his angry former lover had been spreading. Byron saw no option but to leave England, especially when Lamb published a novel based on their affair. He soon ended up in Greece and was killed in 1824 while helping the country fight for freedom from the Ottoman Empire. Byron was just 36 when he died – a remarkable life cut tragically short.

1. Julius Caesar cold-heartedly broke up with Cossutia as he began his rise to the top

It’s never been entirely clear whether Julius Caesar married and then divorced Cossutia or they were simply engaged when he broke the relationship off. What is clear, however, is that Caesar was still technically a boy when the pair met and embarked on a romantic affair. He had yet to wear the toga of manhood, while she was a young girl from a good, if not great, family. According to some ancient sources, as soon as Caesar assumed his manly toga, he moved to make her his wife.

In 84BC, Caesar suddenly split up with Cossutia. His father had just recently died and he was looking to the future. Moreover, he was assessing his chances of gaining power while married to a girl from a family that was not novi homines, that is, one which didn’t have at least one Senator to its name. Caesar abruptly ended the union and married Cornelia soon afterwards. Since she was the daughter of four-time consul of the Roman Republic Lucius Cornelius Cinna, the union made much more sense politically and set Caesar on the path to greatness.

“Meet Caroline Norton: fighting for women’s rights before it was even cool.” January 2016.

“A brief history of divorce.” The Guardian, September 2009.