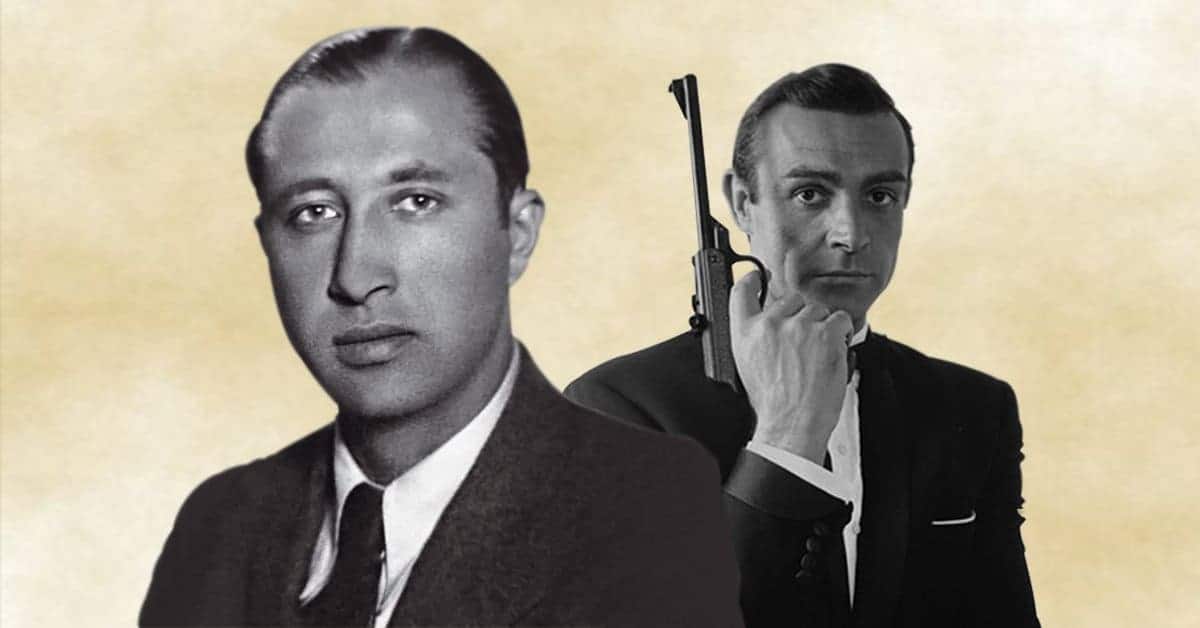 Popov Gets His Start in Espionage

Popov’s German friend, Jebsen, sought to recruit him as an Abwehr agent, and the British urged him to play along, recruiting him as an MI6 double agent. He eventually turned Jebsen, and recruited his German recruiter into British intelligence as a double agent. Popov also fed information to his native Yugoslavia’s intelligence, making him a triple agent. He moved to London, and his family’s business activities gave him cover to travel back and forth to neutral Portugal. There, Popov met his Abwehr contacts, and fed them information provided to him by the British service that ranged from harmless truths, to half truths, to the outright misleading.

The Abwehr was pleased as punch, and although some of Popov’s handlers grew suspicious, their suspicions did not make their way up the chain of command. For one thing, an assignment to German military intelligence in Portugal was a cushy gig compared to less attractive ones, such as a posting on the Eastern Front. For another, many in the Abwehr, from its chief Wilhelm Canaris on down to lower officials such as Johnny Jebsen, disliked the Nazis and did what they could to undermine them.

In 1941, the Abwehr sent Popov to the United States, furnishing him with a small fortune and tasking him with gathering intelligence on Amrican defensive measures. The information sought included an extensive list of question about the defenses of Pearl Harbor, in which Germany’s Japanese allies were keenly interested. The British worked with the FBI to handle Popov while in the US, but J. Edgar Hoover and his G-men lacked the vision and finesse of their British counterparts. Instead of using Popov as a double agent to suss out German intentions and feed them misleading information, Hoover simply wanted to use him to catch German spies.

Hoover failed to pass on Popov’s Abwehr questions to American military authorities – particularly the ones asking about Pearl Harbor’s defenses. After the Japanese attack wrecked the US fleet there a few months later, Hoover’s oversight would have wrecked his career, but he buried it so deep that it did not come out until after his death. In the meantime, the prissy FBI Director, whose private life was even more scandalous than Popov’s, got moralistic about the double agent’s partying and playboy antics. Hoover even threatened to have Popov arrested under the Mann Act for travelling with a woman across state lines “for immoral purposes”.

While Popov was in the US, the British assigned a naval intelligence officer named Ian Fleming to watch his every move. The future author of James of Bond followed Popov around as he made the rounds of American night clubs and casinos, womanizing, splurging the cash furnished him by the Abwehr, and making a killing on the roulette tables. The style and panache left an impression that would find expression years later in Agent 007, and some famous scenes from Casino Royale were based on Fleming’s observations of Popov in American casinos.

Eventually, his relationship with the FBI having grown toxic and threatening to get worse, British intelligence recalled Popov to London, where he continued to feed the Abwehr false information. His biggest contribution came in the intricate Allied deception plans, collectively known as Operation Bodyguard, that sought to deceive the Germans about the planned invasion of France, scheduled for the summer of 1944.

Bodyguard had three goals. First, conceal the actual date and time of the invasion. Second, convince the Germans after the Allies landed in Normandy that those landings were just diversions intended to juke the Germans out of the Pas de Calais, where the real Allied invasion would land soon thereafter. Third, convince the Germans after the Normandy landings to maintain a strong defense in the Pas de Calais for at least two weeks, rather than drain it of defenders to reinforce Normandy.

Popov played a key role in a sub-plan of Bodyguard, known as Operation Fortitude, which created a fictitious First US Army Group (FUSAG) in southeast England under the command of general George S. Patton. Popov passed on made up details about FUSAG’s units, strength, and organization, which the Germans swallowed hook, line, and sinker. Their faith in Popov’s information was reinforced when they eavesdropped on fake radio traffic between fictitious FUSAG units. To further reinforce the deception, German reconnaissance planes were allowed to fly over and photograph concentrations of FUSAG tanks and transports that were actually inflatable dummies

Popov and Operation Fortitude paid off in a big way. After D-Day, the Germans were convinced that the Normandy landings were not the main event, but only the first in a series of landings. So instead of rush all available reinforcements to contest the Allies in Normandy, the Germans kept powerful formations in the Pas de Calais, to defend it from the “main invasion” by the fictitious FUSAG. Popov’s British handlers had hoped to convince the Germans to keep the Pas de Calais formations in place for two weeks after D-Day. Things worked out better than their wildest hopes: instead of two weeks, the Germans kept their units there for seven weeks, and by the time the Pas de Calais defenders were released, it was too late. The Allies took advantage of the breather to build a powerful beachhead in Normandy, before breaking out to liberate France and Western Europe.

After Paris was liberated, Popov was sent there to establish a British intelligence network. With Yugoslavia turning communist after the war, there was no future for the playboy Popov back in his home country, so he remained in the West, where he prospered as a businessman. He was awarded the Order of the British Empire for his wartime exploits – a nice accompaniment to the medals given him by the Germans during the conflict – and eventually became a British citizen. A playboy to the end, he died in 1981, after years of heavy smoking and drinking, and many, many, women.

History on the Net ­- Dusko Popov, the Triple-Agent, Real-Life James Bond Who Warned the US About Pearl Harbor