The Truth About Friedrich Nietzsche And His 'Letters of Insanity' 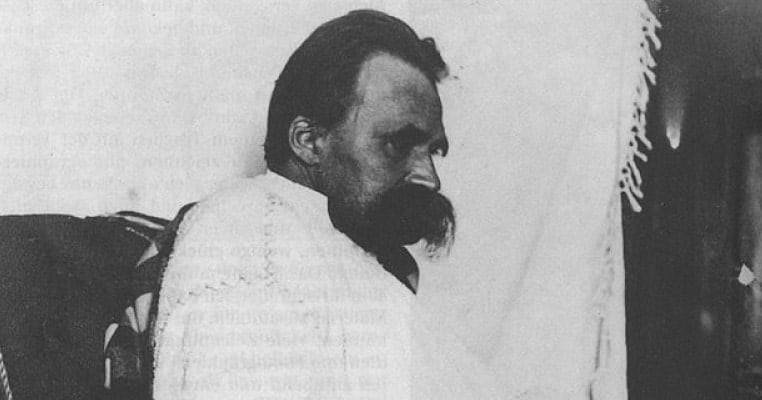 The Truth About Friedrich Nietzsche And His ‘Letters of Insanity’

Friedrich Nietzsche was a German philosopher whose work was considered by many to be radical and nihilistic. He was born on October 15, 1844, and began his intellectual career in philology, the study of languages and its use in oral and written historical sources. At the age of 24, he became the youngest person ever at the University of Basel to hold the chair of classical philology. He soon branched out to other areas, particularly Western philosophy, religion, ethics, cultural criticism, music composition, and poetry. He also became a renowned scholar of the Greek and Latin languages.

Nietzsche died in 1900 when he was only 55 years old, but his work left a profound impact on Western thought. An avowed atheist, his extensive writings on religion helped pave the way for the humanist philosophy that would soon take hold in Europe and eventually the United States. He is perhaps most well-known for his notion of the “death of God.” He did not literally mean that God had died, but that the need for traditional religion as a source of knowledge about the world and meaning for existence was no longer necessary in the face of modern science.

Nietzsche held that Christianity and other traditional religions had served as a protection against a destructive form of nihilism by providing people with a comprehensive worldview that assigned meaning to their lives and a means of understanding the world around them. However, because science now explained so many things that had previously been relegated to the domain of religion, a new form of nihilism was necessary. In Nietzsche’s words, the new nihilism of the modern world led to the “will to nothingness.” This was not necessarily a bad thing but rather something to be met with a new philosophical grounding.

Nietzsche crafted a new worldview that would form the basis of what we now know as constructivist thought. Constructivism is the idea that everything about the world is artificially constructed by the individuals who make it up. Nothing can be understood with any certainty; truth can no longer be regarded as absolute because all authority must be questioned. Instead, what matters is people’s perspectives on different issues, and the individual’s narrative is championed rather than any claims to truth. Essentially, if God is dead, then man must decide for himself what is true. Because truth claims can no longer be tested according to Scripture, they must be evaluated by his own experiences.

At the heart of Nietzsche’s constructivist, humanist thought was the concept of the Ubermensch, a “Superman” messiah-like figure who would arise and help bring humanity into a new age. Unfortunately, some of his readers used his writings to justify anti-Semitism and the rise of the Nazi party, even claiming that Hitler was the Ubermensch. Nietzsche actually wrote against anti-Semitism and would have been horrified at the idea of Hitler being seen as the savior of his homeland, Germany.

In 1889, an incident occurred that many people see as the beginning of insanity that would consume the last 11 years of his life. According to the story, he was taking a long walk through the city of Turin when he saw a man whipping a horse. The sight horrified Nietzsche. He ran to the horse and threw his arms around its neck to try to shield it from its abusive master. He began to sob uncontrollably and collapsed to the ground in tears. He was escorted home and allegedly spent the next two days in a catatonic, vegetative state.

The incident with the horse occurred on January 3, 1889. Two weeks later, on January 18, he was taken to a mental asylum in Basel. Two weeks after that, he was taken to the Jena mental asylum, where he was diagnosed as having tertiary syphilis. Tertiary syphilis is the final stage of syphilis and sets in between three and 15 years after the person initially becomes infected with syphilis. It is characterized by tumor-like sores and damage to the central nervous system, which can result in dementia, psychotic breakdowns, and other neurological or psychological problems.

Doctors claimed that he showed signs of paralytic dementia, also known at the time as general paralysis of the insane. It is characterized by delusions, loss of short-term memory, depression, manic behavior, apathy, tremors, confusion, and seizures. In the final stages, the patient can become completely catatonic. Many people, including members of Nietzsche’s family, believed that a case of syphilis was to blame for the mental breakdown that began when he watched a horse being mercilessly beaten by its owner. He had supposedly contracted syphilis as a young man, possibly while he was at the University of Basel.

While being hospitalized for insanity, Nietzsche wrote a flurry of letters to friends as well as royals and other people of influence. Collectively, these letters are known as “Wahnbrief,” or “the letters of insanity.” He frequently signed them with appellations such as, “Dionysus” or “the crucified one;” according to the ideas he had formed, these two characters were opposites, indicating that he may have developed multiple personalities and was signing his letters based on which personality was currently present. Ultimately, he would die in a catatonic state after suffering from insanity for 11 years. He was only 55 years old.

Text from one of his letters reads, “The world is transfigured, for God is on the earth. Do not you see how all the heavens rejoice? I have just taken possession of my empire, cast the Pope into prison, and let Wilhelm, Bismarck, and Stöcker be shot. The Crucified.” In another letter, he wrote, “I have had Caiaphas [the high priest who had Jesus crucified] put in fetters. Also, last year I was crucified by the German doctors in a very drawn-out manner. Wilhelm, Bismarck, and all anti-Semites abolished.” Today, many of the letters are held in the Nietzsche archives in Naumberg, Germany, which were initially compiled by his sister, Elisabeth Foster-Nietzsche.

Potential Causes of His Breakdown

For a century, no one challenged the assumption that Nietzsche had gone mad as a result of tertiary syphilis and never recovered. However, in 2003, Dr. Leonard Sax published an article in the Journal of Medical Biography that posted that, according to forensic evidence, Nietzsche did not have syphilis. Rather, he had a slow-growing tumor that eventually crowded out his brain and led to his psychosis. If Nietzsche really had tertiary syphilis, the crazy man would have died within two years of his diagnosis; however, Nietzsche lived for another 11 years. Dr. Sax believed that he could not have had syphilis.

In addition to forensic medical evidence, Dr. Sax saw as critical the origin of the story about Nietzsche having syphilis in the first place: it was basically a case of hearsay. A book by Wilhelm Lange-Eichbaum said a Berlin neurologist told me that Nietzsche had infected himself with syphilis in a Leipzig brothel during his time as a student there and that he had been treated for syphilis by two Leipzig physicians.” Nietzsche may have never even been formally diagnosed with tertiary syphilis, at least not according to rigorous diagnostic criteria. The original documents that his doctors provided to him were destroyed.

However, perhaps the truth about Nietzsche’s mental breakdown is even stranger. While he was ill, his sister, Elisabeth, took over much of his care. She had his unfinished books published, leading many to believe that she may have actually tampered the original material to make it match more of her own views. Nietzsche became known as the “godfather of Fascism,” but he fervently denounced things like dictatorships and anti-Semitism. Elisabeth, however, was a strong advocate of Hitler and was probably primarily responsible for the false image created around him as a proponent of right-wing ideology.

Christian Niemeyer published The Nietzsche Encyclopedia and, along with a team of 150 scholars, found that Elisabeth had edited and redacted the unfinished books that she submitted for publication. He said, “Förster-Nietzsche did everything she could-such as telling stories about Nietzsche, writing false letters in the name of her brother, and so on-to make it seem that Nietzsche had been a right-wing thinker like herself.” Niemeyer’s team also found forged letters that she had written in her brother’s name that date back to 1887, two years before the episode with the horse.

The involvement of Nietzsche’s sister leads to the speculation that his whole episode of a psychotic breakdown was completely fabricated. There were undoubtedly witnesses to the incident with the horse, but the 11-year illness may have not even happened. If it did, then it is possible that the “letters of insanity” were not actually written by Nietzsche but were instead written by Elisabeth and her associates. They could have been fabricated to help advance her agenda, which was decidedly opposed to many of the philosophies and views that her brother propagated. We may not ever know for sure what happened, but maybe a forensic investigation will be able to ascertain whether Nietzsche actually penned the letters.

“The “Letters of Insanity” and “The Turin Horse”: The baffling breakdown of Friedrich Nietzsche,” by Martin Chalakoski. The Vintage News. September 1, 2017.