The Tragic Ordeal of the Berlin Zoo in World War II

The Tragic Ordeal of the Berlin Zoo in World War II 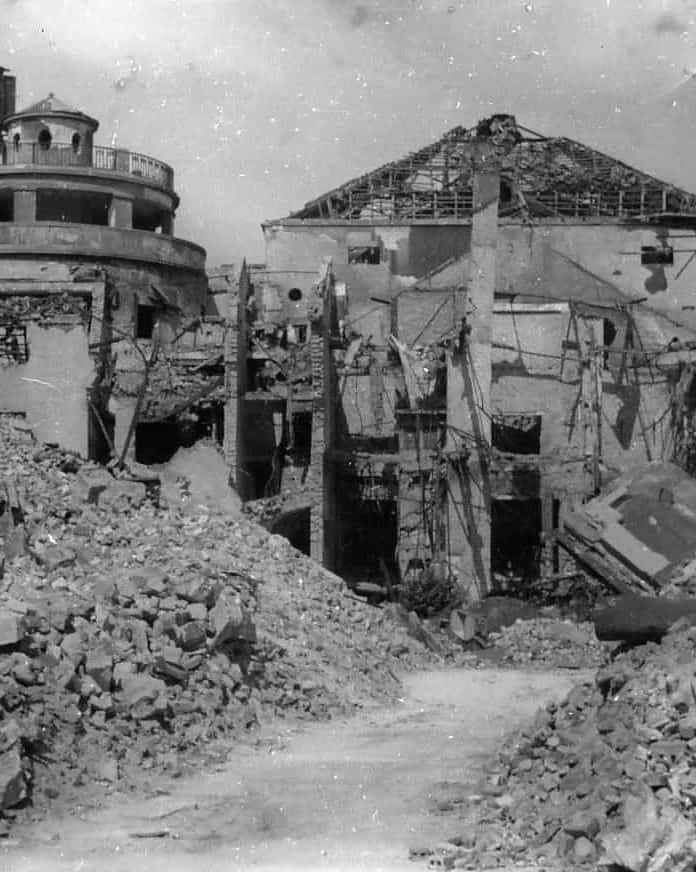 In 1841, Prussia’s King Frederick William IV gifted his private menagerie to his subujects, and founded the Berlin Zoo. The establishment grew over the years, and today, Berlin’s Zoological Garden and Aquarium hosts one of the planet’s most comprehensive collections of animals. With some world famous residents such as Bao Bao the giant panda, and Knut the polar bear, the zoo attracts millions of visitors each year, making it one of Berlin’s biggest tourist attractions, and one of the planet’s most popular zoological gardens. Its current state marks an impressive comeback from its fate in World War II, when the Berlin Zoo was totally demolished, and lost all but 91 of the roughly 4000 animals it had housed in 1939.

19th century Prussian monarch Frederick William III of Prussia, and his wife Louise, had a great passion for exotic animals, and established a private menagerie that was open to the public. For the era, it was impressive, with a collection that included monkeys, mongooses, kangaroos, raccoons, bison, stags, and other animals from all over the world. After William’s death, he was succeeded by his son Frederick William IV in 1840. The new monarch found himself heir to a huge menagerie, but lacking his father’s passion for animals, he got rid of it by gifting the lot to the citizens of Berlin. Thus was born the Berlin Zoo.

The zoo was established as a public holding company. It did not generate revenue for its shareholders, but that was never the intent. Instead, being a shareholder became a mark of status and some social distinction. Instead of receiving dividends, the Berlin Zoo’s sockholders and their families enjoyed free and privileged access to the establishment, and basked in the prestige of supporting a highly respected institution. When the Nazis took over, they set out to “Aryanize” the zoo by removing its Jewish board members, and forcing the Jewish shareholders – about a quarter of the 4000 total – to sell their stock at a loss.

The Nazis’ obsession with purity did not stop at humans: it also extended to specially breeding Nazi engineered cows. Initially produced by German zoologist brothers Heinz and Lutz Heck, who were commissioned by the Nazi party to do so, the breed of Nazi super cows turned out to be murderously aggressive. The Nazis, nostalgic for the days when “pure” Germans wandered Europe’s dark forest, wanted a breed of cattle based on the aurochs – a big wild European bull that had been hunted into extinction by the 17th century. So they used selective breeding to extract wild genes from cattle descended from the aurochs.

The result was Heck cattle, a breed that had a muscular physique, dangerous horns, a fierce disposition, and a powerful and menacing look about them, that the Nazis just loved. Heck cattle were thus used in propaganda posters as symbols of the Third Reich’s strength. They were initially housed in the Berlin Zoo, were they were prominently featured as symbols of German might. Many were killed during Allied bombings, but fortunately, one of the Heck brothers had relocated a significant number of the herd to other German zoos, only a few days before the most devastating bombing raids. As a result, the breed survives to this day, troubling ranchers with their Naziesque aggression and murderousness into the present.

By the outbreak of WWII in 1939, the Berlin Zoo housed nearly 4000 mammals and birds, and over 8000 specimens in its aquarium. The Nazi authorities had made some nebulous plans and promises to evacuate the animals of the Berlin Zoo, as well as those of other German zoos such as Dresden’s and Dusseldorf’s, but they never followed through. As a result, the animals were not spared the destruction that visited German cities during the war, and most died from injuries, mistreatment, hunger, or thirst. Others were slaughtered and killed by hungry Germans. Some of the larger and potentially dangerous animals, such as jaguars, panthers, or gorillas that managed to escape their bombed out and burning enclosures, were chased down the streets and shot dead.