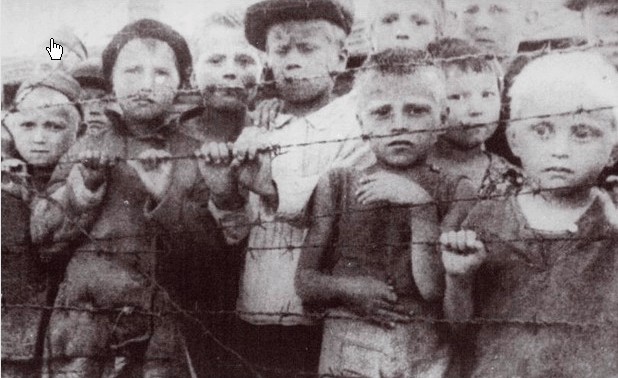 In today’s world, the debate over whether any given country should give thousands of refugees a place to stay is hotly contested. Just about every western nation with a strong economy has been asked to take in refugees from war-torn countries. Some fear that if too many immigrants are brought into their country, the original inhabitants will lose job opportunities, or leech on benefits. Others are afraid that too many people from another culture will drastically change their home. In some cases, people are even afraid of terrorists and criminals coming across the border.

Hindsight is 20/20. In the case of the Holocaust, just about everyone with even an ounce of compassion can agree that if they were alive during World War II, they would have wanted to help save the lives of the European Jewish people who were sent to concentration camps. Most of us grow up reading The Diary of Anne Frank in school, and we feel this sense of compassion towards the young girl and her family hiding in the attic. No matter how inconvenient it may make our own personal lives, so many people would gladly invite a Jewish child into their home if it meant saving them from the gas chamber.

Few people realize that back in the 1930’s and 40’s, the United States actually had the opportunity to help the Jews, and they turned them away for all of the same fears that US citizens have about foreign refugees today.

The Nazi Party Begins Their Reign of Terror

In 1938, The Night of Broken Glass sparked violence against German Jewish people. British Prime Minister Neville Chamberlain responded by immediately arranging for thousands of Jewish refugees to leave Germany and make their way to England by train. Hundreds of them were children who were living in an orphanage that had been burned to the ground by the Nazis. Even with Great Britain’s help, there were still roughly 60,000 Jewish children who needed homes, and the eyes of the world turned to the United States. They were, after all, the “land of the free”- made up of immigrants from all over the world.

However, there was a lot of Anti-Semitism and Xenophobia that existed in the United States at that time. The stereotype was that “dirty” Jewish people showed up poor, but they knew how to take full advantage of the American economy, and they ended up getting rich. Whenever they traveled place to place, they were so successful, they ended up taking over businesses, opening banks, and essentially taking over an area. There was a lot of jealousy over the fact that Jewish people tend to be well-educated and financially savvy. Then, there was also the underlying fear that other groups would be pushed out of power by Jewish people. Then, of course, the United States was a predominantly Christian country at the time, and they had fundamental differences in their religious beliefs.

On top of public insecurities, there was a fixed immigration system that had been established in the 1920’s that said that only a certain number of people could immigrate to the United States from any given country, and there was no exception for refugees. The overwhelming amount of Jewish people coming out of Germany would have far surpassed the quota that the laws would allow. In 1939, the United States had 125,000 visa applications from Germany and Austria, when the annual quota was only 27,000.

President Franklin Delano Roosevelt was put under pressure to increase the number of immigrants, but changing a law is far more complicated process than that. Senator Robert Wagner, a Democrat from New York, and Edith Rogers, a Republican representative from Massachusetts worked together to craft a bill that would allow an additional 20,000 orphaned children into the United States. On top of that, 1,400 American families wrote in to say that they would be willing to foster these kids once they arrived, and they surely could have found more to support the cause. Tragically, it was never passed, and America turned their backs on thousands of children who desperately needed a safe place to live.

Turning Their Backs on Starving Orphans

Despite the fact that there were plenty of American families who were willing to take these orphans into their homes, the government decided to base the decision on public opinion, which was overwhelmingly against an increase in the immigrant population. In 1939, Gallup conducted a poll that was published in Fortune magazine. It found that 83% of the American population was against lifting the quota for refugees.

So you may be wondering if these people were aware that these were innocent children who may die if they don’t get help. Before you give them the benefit of the doubt, here is another poll from that same year, with the exact phrasing in the question:

“It has been proposed to bring 10,000 refugee children form Germany- most of them Jewish- to be taken care of in American homes. Should the government allow these children to come in?”

Out of those who responded to the poll, 61% flat-out said “no”, and an additional 9% said that they had “no opinion”.

As if it wasn’t obviously already, the phrase “most of them Jewish” was really what turned some people off. At the time, there was a lot of negative stereotyping about Jewish people, and whether they like to admit it or not, American people, especially Christians, were adopting that belief system, and they believed these blonde-haired, blue-eyed German Jewish kids were too “different” than themselves to bring into their country. While FDR never publicly gave his opinion on the matter, his cousin, Laura Delano Houghteling, was not afraid to share her family’s thoughts on Jewish people. She was once quoted saying, “Twenty thousand charming children would turn into 20,000 ugly adults.”

Even though Jewish orphans were some of the first children that were quickly removed from a dangerous situation, there were plenty of other Christian orphans in the mix, as well. In the following years, thousands of Polish children would need homes, as well, because their county was occupied by the Nazis, and many of them lost their parents. There were so many orphans, they were placed in camps where they were barely given anything to eat.

First Lady Eleanor Roosevelt was pushing her husband to help these kids, no matter what. Without bringing it to the attention of the public, FDR organized bringing some refugees into the country. At that time, there were only 5,200 spots filled in the quota from Germany and Austria so far that year, which left over 20,000 spots that were still perfectly legal, anyway. In the end, they refused to turn away any orphans that showed up on American shores, and the total ended up being 33,000. However, there were still thousands of orphans who were denied after they officially met the quota.

In modern-day history classes, America’s involvement with World War II is painted as a moment when the heroes show up to save the day. In our own aggrandizing version of events, the Allies may have never won the war without American fire power. Looking back, many veterans of World War II were proud to have done their duty. This was one of the very few wars where people actually felt that they had a reason for going.

This was good versus evil. It’s pretty obvious how Americans felt about it at the time, when we think about characters like Marvel’s Captain America. In 1941, Marvel published a comic of him very literally punches Hitler in the face. On the flip side, Americans didn’t really start to care about taking down Adolf Hitler seriously until the war came to their own front door. When the Japanese attacked Pearl Harbor in 1940, public opinion suddenly shifted towards helping the Allied Forces, even though the majority of the population had voted against it just a year earlier.

However, some people argue that the Allies could have won the war all on their own, without America’s help. Even after the attack on Pearl Harbor, not everyone believed that the United States should go to war, and they clung onto the opinion the majority of the nation held a year earlier. A group called “The America First Committee” argued that the United States needed to worry about their own country’s problems first, instead of getting themselves involved with issues in the outside world. The group was established by students at Yale University just a few days after the attack on Pearl Harbor in 1940.

The America First Committee was a pacifist, anti-war group. They didn’t care that Pearl Harbor had been attacked by the Japanese. They still believed that the US needed to stay out of World War II, because the outside world just wasn’t their problem, and they did not want to send American soldiers to die if it wasn’t even totally necessary. The fact that a group of college students started this organization is very telling. High School and college aged men were the ones who would be drafted into the war, and it only made sense that they did not want their friends and family members to die. The group expanded far outside of Yale, and at one point, the organization totaled 800,000 members.

Critics of the committee pointed out the obvious- by staying out of World War II, it would be a sign of weakness that America does nothing to defend itself after an attack. It would have also been turning our backs on the victims of Nazi Germany completely. In 1941, Dr. Seuss made a political cartoon that perfectly summed up the situation. A woman wearing a sweater that says “America First” is reading a bedtime story to two frightened children. The story she is reading is a book called “Adolf the Wolf”. She says, “…and the wolf chewed up the children and spit out their bones… But it was foreign children, so it didn’t really matter.”

As the saying goes, “better late than never.” The United States finally joined in the war to help as much as they could, and the Allies won the war. Arguably, if the US had never stepped up at all, thousands – or even millions – more civilians may have continued to die, and maybe, just maybe, Hitler would have taken over the world. But the fact that the nation had once turned their backs on European orphans has been conveniently swept under the rug. However shameful these memories may be, they should never be forgotten, because it gives powerful perspective about the world we live in today.