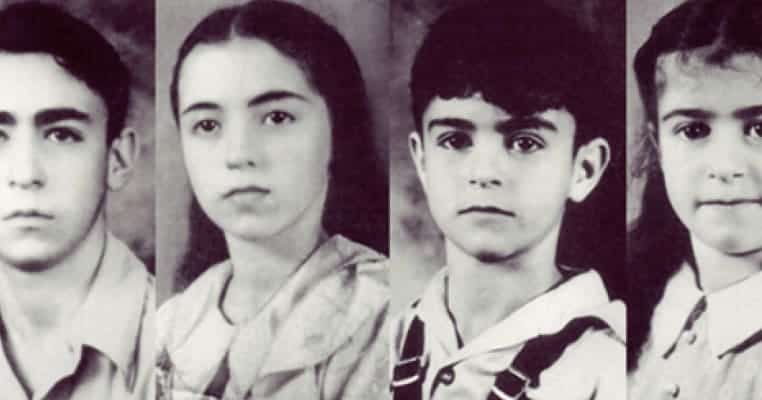 The Disappearance of the Sodder Children

George Sodder had no choice but to return outside and stand helpless as he and his family watched their home burn down, presumably with five of the children trapped inside. When the fire department finally arrived, it was eight in the morning on Christmas Day. The two-story timber-frame house had been reduced to nothing but a pile of ashes darkening a vast white field of snow. When the fire marshal began his investigation, he could not find any remains of the five children. He immediately concluded that the fire had burned so hotly and strongly that their bodies must have been cremated by it.

He asked that the family not disturb the site in any way while an investigation into the cause of the fire was conducted. However, after just a couple of days later, the overwhelming grief was so intense that George plowed over the pile of ashes to turn the burned-down home into a memorial for his five lost children. He and his wife couldn’t believe that their five children could just disappear in a fire with no remains left. The conclusion about the cause of the fire was that it was caused by faulty wiring.

The funeral was about two weeks later, but the parents were too grief-stricken to attend. The surviving children attended, along with many members of the community. It wasn’t long until the bereaved parents began to question the official account of the story and started to consider the possibility that their children were still alive somewhere. One reason was that they found a hard, green object near the home. It looked like a pineapple grenade that had already exploded. It might explain the banging noise on the roof that Jennie heard a few minutes before the fire began.

The fire likely wasn’t caused by faulty wiring, as the fire marshal claimed. After all, the Christmas lights strung outside the home stayed on until after the fire had already begun. If the fire was caused by arson, then perhaps someone had kidnapped the children. Another indication lay in the mysterious phone call that had come an hour before the blaze. But the most substantial evidence was in the fact that there were no bodies. Bodies have to burn at 2,000 degrees Fahrenheit for two hours for them to be cremated, far longer and hotter than the Sodder house fire.

Other things that began to happen over the next year, 1946, helped to solidify George and Jennie’s belief that their children were alive. One neighbor claimed to have seen the children in a passing car while the Sodder home burned. Others claimed to have seen the children at various places, including a diner. The Sodders began an earnest quest into finding what had honestly happened to the five missing children. They erected signs and distributed flyers to anyone who would take them, in the hope that they would find information that would lead to their children’s whereabouts.